This time 20 years ago, in our end of year edition, we were anticipating the start of the new millennium... 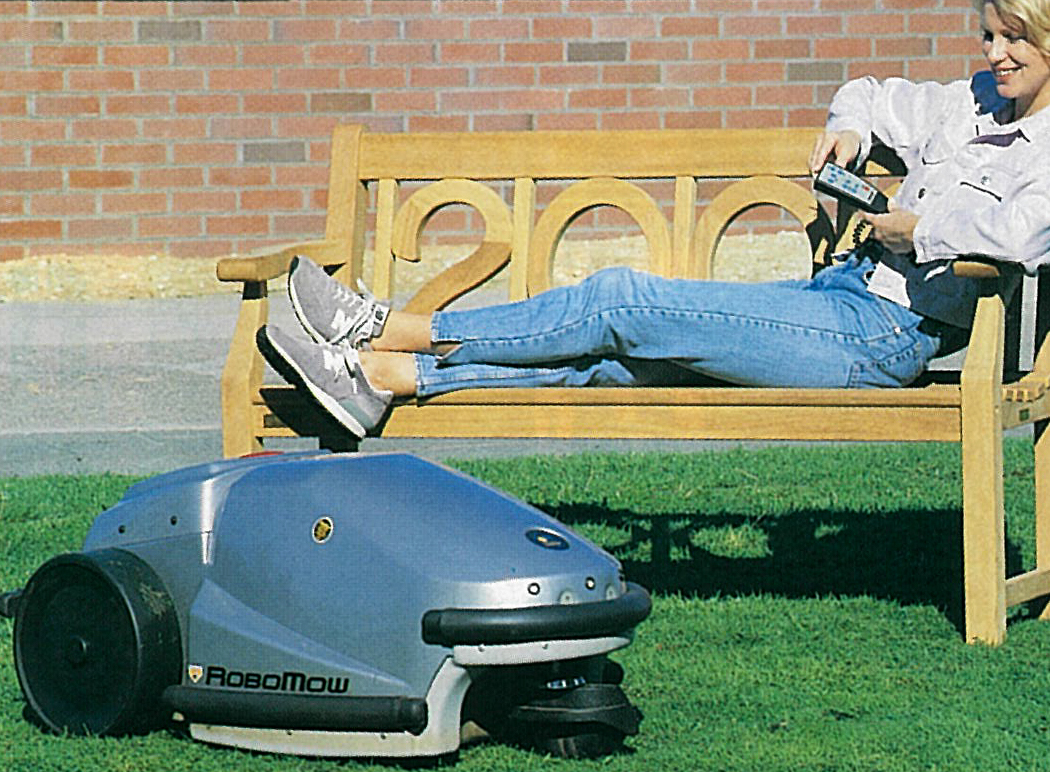 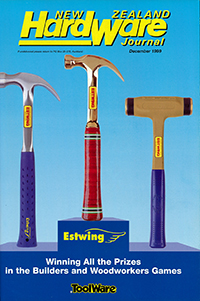 Strange to think that, this time 20 years ago, in our 1999 end of year edition, we were anticipating the advent of a new millennium. How time flies!

We were also remarking on a “slight buoyancy” in retail, despite a late November election (don’t forget this was still just a print magazine back then!) and looking towards the impending arrival of “big box retail” here in New Zealand… 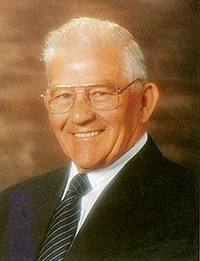 We were however sad to mark the passing of James Fulcher Brown of Browns Brushware (left).

James worked for the already 120 year-old family firm from leaving school aged 14 until he passed aged 79.

Named after the company’s founder, we described James as a “tireless and practical” man whose energy and enthusiasm were “simply unflagging”.

Across the ditch 20 years ago, we recorded the sale of Triton to Hills Industries.

Famed for its iconic workbench and just short of its quarter-century, Triton founder George Lewin was anticipating a decent break and would go on to do rather well from his subsequent investments.

In late 1999, freshly rebranded to emphasise the “e” in its name, EFTPOS was busy doing the rounds of its retailer clients in an attempt to nudge them towards this new-fangled e-commerce thing, you know, smart cards and the like…

Also newly branded, in a vibrant yellow, McCullough outdoor power products were being touted as a “new generation” by Electrolux Outdoor Products.

The appliance group had acquired the outdoor products manufacturer during the year for its Husqvarna division, which would be spun-off from Electrolux in 2006.

Talking of gardens, just a reminder that, even 20 years ago, we were writing about automowers.

Take the Friendly Robotics company which, in addition to its Robomow automower (top photo), back in 1999 was also working on a robot vacuum cleaner called Robovac…

Both Friendly Robotics and Robomow still exist by the way.

With the end of year beckoning and gift-giving on the agenda, we also noted a rise in America’s Cup-related products, in anticipation of the Y2K event to be held on the Waitemata Harbour.

20 years on, we’ll see the fourth of the America’s Cup World Series Preliminary Events come to Auckland next October, with more racing in December, the PRADA Cup Challenger Selection Series in Jan-Feb 2021 and the final America’s Cup Match races in March.

Let’s hope that the forthcoming events turn out as well for Emirates Team NZ as they did 20 years ago! 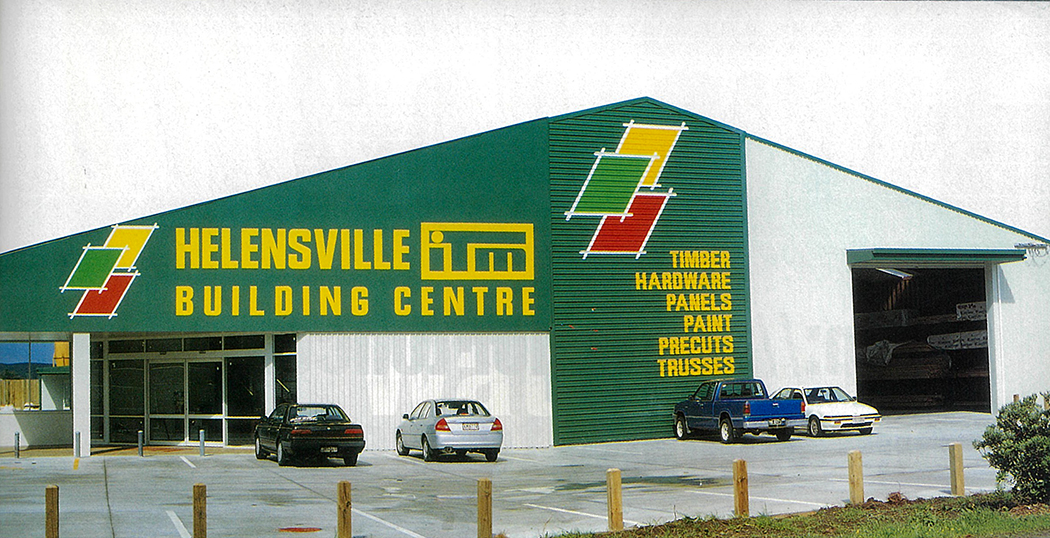 Looking at retailers and merchants now, 20 years ago, ITM was busy rolling out its latest branding, as modelled by Fred Day’s brand new Helensville ITM Building Centre (above & below).

One of four new stores being rolled out that would bear the co-op’s new green & ivory white branding, Fred would sell the outlet around 2003. 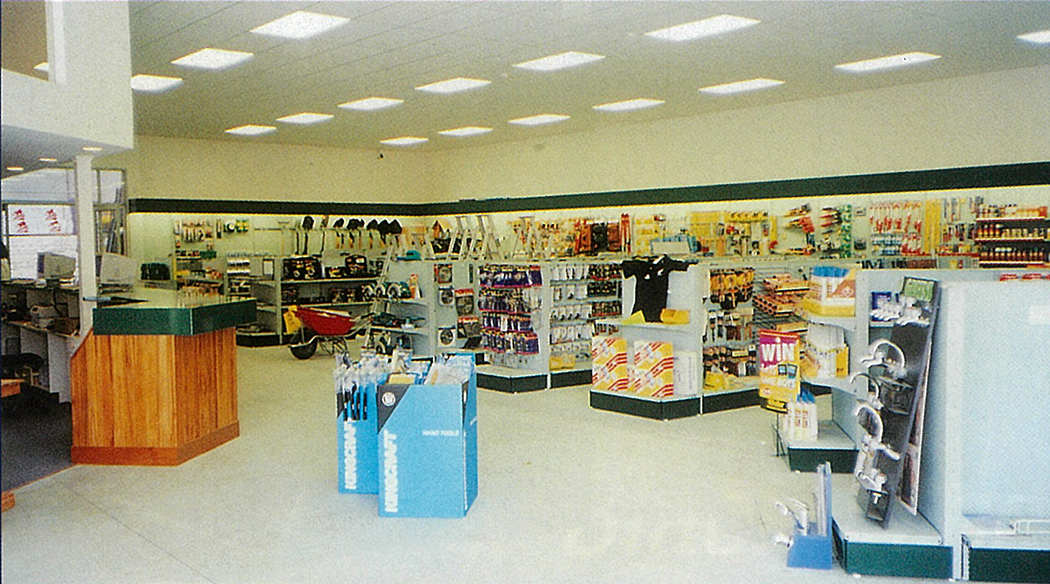 However, with the Helensville store having turned turned blue as a Mitre 10 Home & Trade branch, the business sadly ailed under its new owners, so Fred would buy the store back around 2010.

Nowadays, the store bears the orange & black colours of Mitre 10 and has been owned and operated since 2013 by Mike Beale, who also took on Mitre 10 MEGA Botany in 2017.

Our December 1999 Store of the Month was Trevor Griffin’s Upper Hutt Timber Traders (below).

Early into the Do It For Me market, in late 1999 Fletcher Merchants had just bought into Hire-a-Hubby; launched in New Zealand just the year before, the franchise operation seemed to fit neatly into Fletcher’s Distribution division, alongside PlaceMakers and The Building Depot…

20 years on, today half that number of groups are operating some 410 individual outlets.

The number for the latest year (YTD March 2019) is $8.5 billion and, if you do the sums, even ignoring the trade sales that aren’t included, the hardware channel has seen much improved revenue per square metre – and from significantly bigger average store sizes.

But back to 1999… Of those groups that don’t exist any longer, we listed Building Depot and its 10 outlets.

Then owned by Fletcher Building, although the deal yielded some good sites for PlaceMakers, the discount DIY model wasn’t a good fit and would be sold in 2003, only to fold the following year.

Also listed 20 years ago was the Comtool Trading Society (14 outlets) which was dissolved as recently as 2013.

Another name on our 1999 roster that has since disappeared is Paykel Engineering Supplies and its 19 stores.

Two other seminal brands which have disappeared in the last 20 years include BBC Hardware stablemates Benchmark and Hardwarehouse.

Wesfarmers would buy the Aussie parent company in 2001 and rebrand the newly performing Kiwi stores as Bunnings the following year.

Both brands are still with us, but are now kissing cousins rather than fierce adversaries and now number 22 and 44 outlets respectively.

Also still operating is Carters, which was running 34 stores back in 1999 with a $275 million Y2K top line.

The Independent Timber Merchants Society – aka ITM – did shrink from its 1999 tally of 89 outlets but is back to 94 stores and from year 2000 sales of just over $300 million can now boast a group revenue of (we reckon) more than $800 million.

PlaceMakers was top dog back in the early New Millennium with 52 stores and roughly $600 million in revenue.

These days, with 62 stores, its top line has grown to $1.5 billion and it’s still up there.

1999, by the way, was also the year that Mitre 10 first started looking seriously at large format as the next generation of stores (above).

Faced with the threat of big box Bunnings (which had already “run rampant” in Aussie), that year the New Zealand operation would start a process that culminated in the Mitre 10 MEGA large format programme and the first stores in Hastings and Henderson some five years later.

And the rest, as they say, is history…