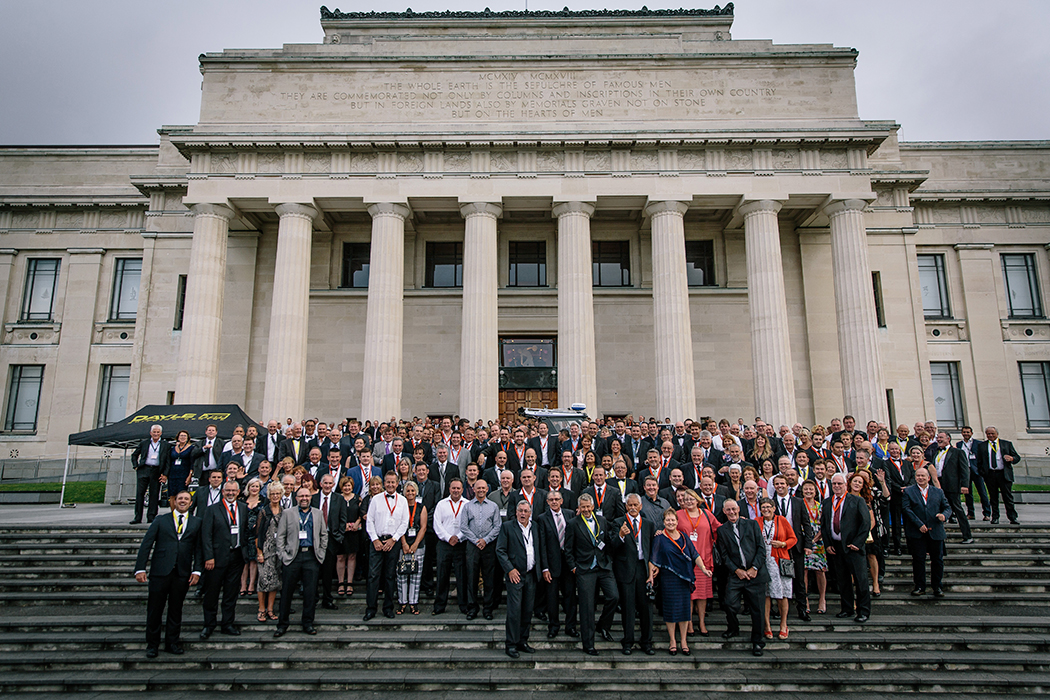 We look at ITM’s first quarter century – from 1991 to 2016 – through the eyes of the three custodians who have steered the group to date. 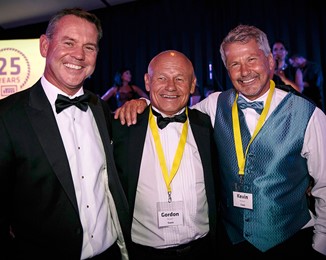 Commemorating ITM’s quarter century was the 25th Anniversary Dinner, on 17 March at the Auckland Museum, at which many of the recent photos around this article are taken.

In our first interview with him last year, Scott Duncan described ITM’s development as having three quite distinct “phases”, each of which we will now run through with the CEOs of the time, each with their own very different style, personality and skill set.

ITM was formed in 1991 in the belief that independently owned businesses “could not only survive, but thrive when they combined their efforts”.

Today, after 25 years, that’s just the way it is. But, back then, recalls Kevin Marevich, “It was difficult for even well-established independents to get a competitive deal. There were many independents, some small, some large, some new and some well-established, who simply weren’t on the same footing as their corporate competitors.”

Marevich and a handful of like-minded independents set out to change that status quo and create a “level playing field”, “not just for new and developing stores but, in a reasonably short time, to help other well-established independents get on an even footing.”

After quite a bit of talking, networking and after “quite a bit of debate – it wasn’t all congenial discussion!”, early in 1991 a plan was coming together.

“At the end of the day we all had a strong feeling that this could really work and go somewhere,” says Kevin Marevich today.

The inaugural MD’s role was capturing and driving that momentum and putting it together in terms of representing the group to the general industry, particularly the supply side, with the support of a few key members, including Lindsay Gray, Shayne Heape, Tony Oetgen, Len Haydock and Noble Bardell, who formed the first Board of the Independent Timber Merchants Cooperative Society (ITM as we know it today).

And, with the MD eventually driving development full time, store numbers grew steadily, even though ITM back then was still to some extent working “under the radar”.

“We took the industry by stealth,” says Marevich with a grin. “The competition didn’t take us too seriously until it was too late and by then the horse had bolted.”

Looking back, ITM’s first MD is “very proud of what we created”. By “we” he’s talking about everyone who “took the risk at an early stage to fight the battle with me – without them we wouldn’t have been able to take it to another level.”

What’s his take on ITM, 25 years later? “I am very proud of ITM and what it has achieved and wish them all the very best.

Phase 2 – Gordon Buswell puts the brand on the map, Project Bee Gees and the Charter of Commitment

Kevin Marevich may understate his role in those formative years by describing his core expertise as “being good at herding cats”, but his successor, Gordon Buswell, is quick to acknowledge just how much was achieved during ITM’s first nine years.

“I got a lot from Kevin, which a lot of people don’t recognise. Arriving at ITM, I was very aware of what had been done well that needed to be continued and was grateful for some of the thinking and some of the base philosophies that I inherited.”

In his own words, during the next dozen-plus years, Gordon Buswell developed those “cats” into a strong, cohesive unit – into “tigers”.

Key achievements were agreeing a vision (to be “market leaders in trade”), creating transparency and proving value to the membership (better financial returns!) and creating win win relationships with suppliers where loyalty was rewarded on both sides.

“Phase 2” also involved building a brand that was exciting (thanks to the ITM Fishing Show, the ITM Cup and the ITM 500), had personality (thanks to the faces of the members in every TV commercial), credibility and integrity in the eyes of customers, members and suppliers.

Asked to pick key markers or defining moments for ITM during his tenure, Gordon Buswell cites Project Bee Gees, which turned a short term setback into a long term benefit.

In 2008 Carters and PlaceMakers between them had purchased 11 ITM member stores, leaving a sizable hole in ITM’s turnover. By then armed with a very compelling value proposition, Buswell and ITM’s reaction was to sign up the most successful unaligned independents (many of which make up ITM’s backbone today) and in the process rebuild the turnover by much more than it had lost.

Says Gordon Buswell today: “Some thought that ITM might not survive after that attack but in fact it gave us the opportunity to bring in new blood, more stores and build more turnover” (hence Project Beegees: “Staying alive. Staying alive”!).

“I think it was a signal to the industry that ITM was well and truly here to stay.”

Developing a National Account programme was another defining moment. Delivering a standard value proposition across a range of stores for national customers was something that until then no-one thought ITM could develop, says Buswell.

This in turn brought many spin-off benefits for members and helped raise standards as other stores joined in. All of which formed the basis for the Commitment Charter. Key elements of what it meant to be an ITM member had previously been both implied and stated but this was the first time members had been asked to sign a document, to commit to explicit standards in every aspect of the brand and marketing.

Shortly after this “huge” achievement, Gordon Buswell told us: “We are no longer independent, the guys are interdependent – they rely on one another for their brand pride and the group’s integrity of performance.”

Phase 3 – Scott Duncan on delivering value to the shareholders

Back to 2016 and current CEO Scott Duncan’s role is all about “consolidating on achievements to date and setting ourselves to be a multi-generational, long term success in the building industry and the trade in particular.”

With ITM “really starting to get the rubber on the road”, he intends to keep it simple and focus on three things:

“To continue to sell well – we have great relationships with the trade and we want to build on that through the value that we provide them and the great performance that the stores demonstrate, day-in, day-out.

“To continue to buy well – build strong, loyal relationships with our preferred suppliers and be in it for the long run working together with them.

“And to focus in on how we operate as a network, how we help our store owners operate to the best of their abilities so they are getting the benefits of our scale when it comes to running their operations as well as they possibly can, for the benefit of their customers and themselves.”

Looking to the co-op’s second quarter century, what does Scott Duncan forecast for ITM? In a word, more evolution.

“What we look like today is very different from what we looked like 25 years ago. And what we are going to look like in another 25 years is going to be different again. As a group we will be continually evolving and changing so that we are better tomorrow than we are today.

“Everyone knows that you need to change to deal with the market that we are in and to deal with the opportunities in front of us. As with all things, however, it’s more about the pace of change than the need for change – not too fast, not too slow…”

One thing that ITM will continue to be is “Independent but united – one of the great things about ITM is that the members are local owner-operators with skin in the game but they are also united on those things that really matter. It’s a great Kiwi can-do story,” says Scott Duncan.

You can also download this story as it appeared in the magazine using the DOWNLOAD THIS STORY button below and view (and download) some of the photos from the event here.