Heating & cooling: How to deal with a market that blows hot and cold?

Fluctuating temperatures across the country have been creating plenty of demand for both heating and cooling products. But what about the future? 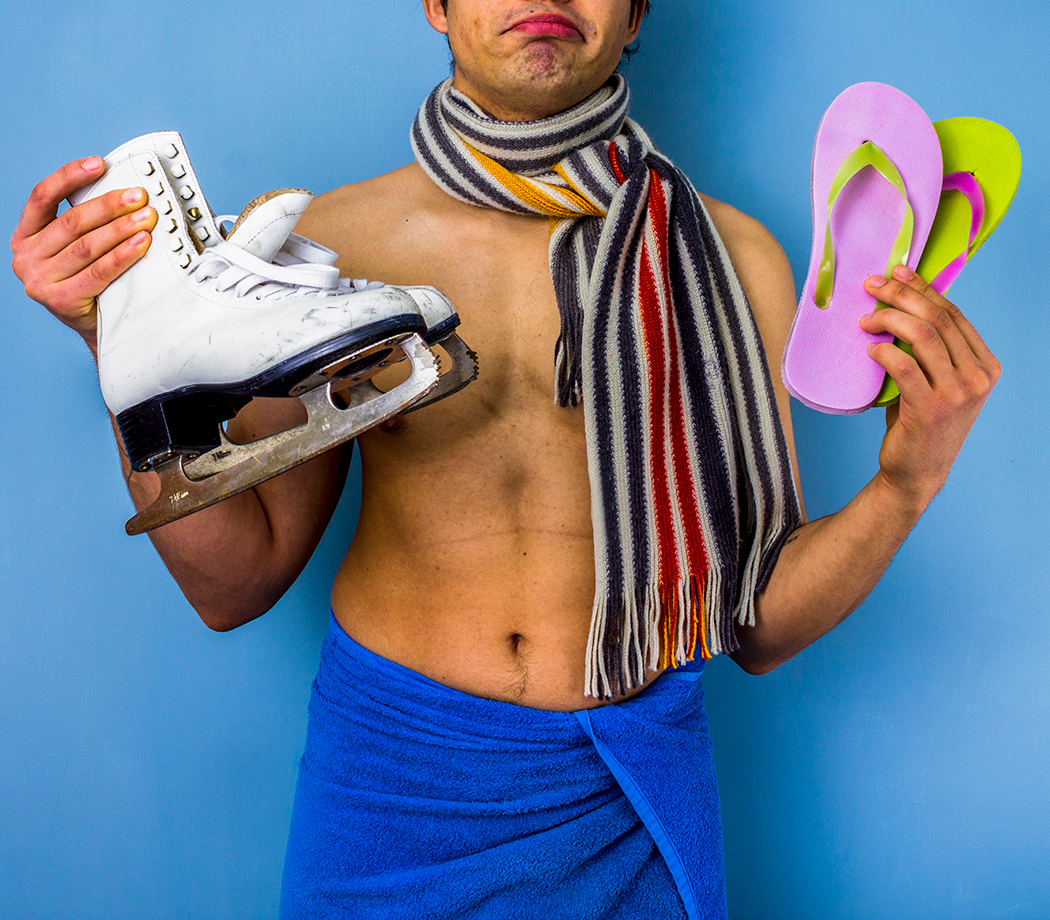 If you want to get an idea of the demand for cooling products in Auckland, at the time of writing, every single branch of The Warehouse in Auckland is completely sold out of electric fans.

I know this because I tried to buy one last night. As an Auckland resident, I have been suffering through several hot, humid, mosquito-ridden nights and decided to bite the bullet and get an extra fan only to be denied by my local Kmart and then the red barn as well, where a flustered shop assistant told me that I was possibly the 100th caller of the day asking the same question.

But forewarned is forearmed as they say and Darren Hayward at Panasonic for one has enjoyed a great year as people have cottoned on to the cooling button on their heat pumps.

“New Zealand has traditionally been very much a heating market but we are seeing a lift in the use of our heat pump products through that summer period as well,” he confirms. “The last year has been pretty great for us.

“As a percentage of a part of the cost of a house, it’s quite a low spend now to put a decent system into a house. Even for landlords it’s a small investment and we are seeing them do that as they can get it back fairly quickly on their rent.” 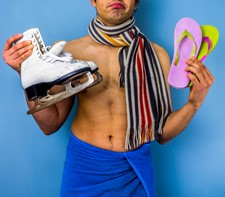 So what’s behind the increase of heat pumps for cooling? Is climate change a factor or have Kiwis just gotten a little softer over the years?

“I think some of it could be a toughness thing. In Auckland when you see the temperatures go up, within a day or two you start to see a sales increase, whereas the rest of the country tends to hang on a bit longer and they need a more sustained period of heat before they make a purchase,” says Panasonic’s Hayward.

“I think it’s also awareness – as more people start to have some exposure to air-con they begin to realise how comfy it can be, particularly when it removes that humidity as well.”

And, in defence of the toughness or otherwise of those in Auckland and north, the temperature and humidity don’t let up overnight, as they tend to south of the Bombay hills. As an Auckland renter, purchasing a heat pump isn’t an option for me but if it was I would be seriously considering it right now.

If the market is becoming more air-con savvy, are the sorts of products being asked for changing too? Within Panasonic’s heat pump sales, Darren Hayward has seen the biggest growth in ducted systems.

“So, rather than just a hole in the wall, it’s one system that will sort out 4-6 rooms of a house and it’s discreet, hidden away. We’ve seen unbelievable growth in that area for new builds and retrofit,” Hayward says.

Looking forward, Hayward is excited about the potential benefits in technology stemming from Panasonic’s recent purchase of refrigeration manufacturer, Hussmann.

“The good thing is that whenever we do that [Panasonic purchased SANYO several years ago], that technology filters down through and ends up in the domestic product as well so our products do get better through those relationships.”

SMOKE GETS IN YOUR EYES (SO MAKE LESS OF IT!)

Looking ahead in time, switching now to “heat” rather than “cool”, and moving down south to Canterbury, Steve King of Harris Home Fires admits that last year’s unseasonably warm weather has impacted on wood burner sales.

“Last season was quite different from previous ones. We didn’t get decent cold weather until June and that does affect sales. All the big merchants placed the usual orders for the season and normally they would sell that fairly quickly but the season did taper off to the end as the stores held onto more stock due to low sales earlier on. So, although sales were quite good, we did finish up slightly down on the previous year,” he says.

And, while sales have been ticking along nicely for some years, a concern for King and the Harris Home Fires team is the upcoming change to regulations in Christchurch where anyone building a new home or replacing an older burner after 2019 will only be allowed to install ultra-low emission burners.

“At the moment there are a lot of New Zealand manufacturers racing to get a range of ultra-low emission burners out to the public but right now the majority are imported and very expensive,” says Steve King.

As the biggest manufacturer of log burners based in Canterbury, Harris Homes Fires is, of course, making the production of low emission burners a priority but Steve King stresses that the company wants to get it right first time.

“We are investing a lot of time and research into getting a product on the market but we don’t want to put out anything or make something that replicates what’s currently available because it’s all very high priced, European designed and very flash and we think New Zealanders want something a little more traditional looking. So we are making sure that whatever we come to market with suits the taste of the NZ consumer as well as the price range,” Harris says.

Moving further South now, down to Dunedin, Nigel Bamford of Escea reports an increase in sales of gas and wood fires thanks to a rise in its products going into increasing numbers of new builds in recent years.

As with Harris Home Fires, changing regulations are also changing the game for Escea.

“Our rules all changed dramatically in July 2014 when the NZ Government required for the first time that all appliances imported or manufactured here must be approved by a recognised overseas regulatory body,” says Nigel Bamford.

“This has meant that a lot of the smaller manufacturers of gas fireplaces have had to either try and get their products approved or cease making them,” he explains.

However, adds Bamford: “Things have now settled down after that change and it seems to be generally a good thing for the wider industry.”

Nevertheless, he continues: “It is important that all retailers now check to ensure any gas appliance they are selling holds the required overseas approval certification.

Escea’s Bamford also predicts that wood fire restrictions will continue to become a factor for more and more areas of the country.

“As more regions fail their annual targets on the allowable number of excessive smoke days, then stricter emissions requirements look likely to be rolled out into more regions and cities around New Zealand. Australia is also in the process of transitioning its wood fire clean air requirements to bring them in line with the New Zealand legislation.”

As far as the future goes, Escea likes to keep its new models under wraps until release, but Bamford did offer this teaser.

“What I can say is that we are continuing our recent trend and taking the category into new territory by making a new model unlike anything else available and that we are responding to customer feedback wanting really, really, big fireplaces!”

Judging by reports from players I spoke to and chat around the channel in general, the market for heating and cooling products offers a fairly rosy glow for the season 2016. For now, though, we really need the South island to send some of its fans up north... 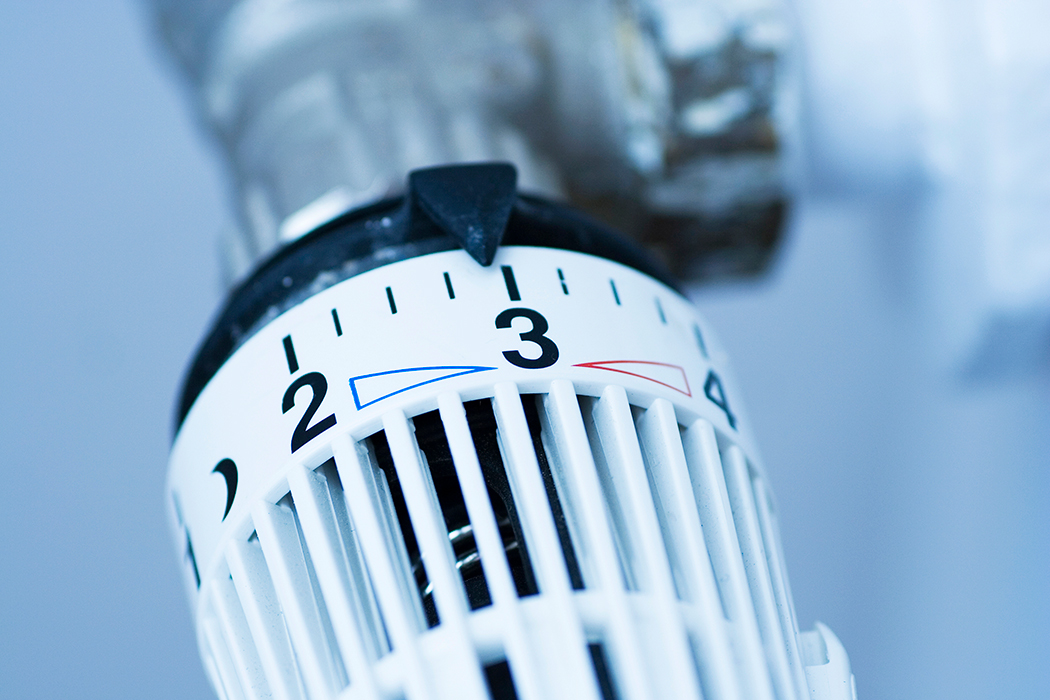 For a different perspective on the heating/cooling landscape I spoke to sustainable housing expert Matthew Cutler-Welsh.

Previously a Homestar employee, Cutler-Welsh has now branched out on his own with Homestyle Green, offering Homestar ratings services, design reviews and home assessments as well as a blog and, most recently, a podcast where he speaks to “leading green architects and green building professionals about latest trends and ideas for your home.”

In terms of heating trends, he sees heat pumps as a clear winner with their efficiency and ease of use being hard to beat with the added benefits of cooling also selling people.

However, Cutler-Welsh doesn’t feel that even a well-ducted heat pump system is always the best option and shares the view held in some quarters of the channel that there are other options out there that should be given more consideration.

“The best way to distribute heat is water,” he says. “There are very few cars that are air-cooled and there is a reason for that. So, if I was designing a home from scratch, I’d be looking at some form of radiator heating or in-slab heating (hydronic) with pipes laid inside the concrete. This system uses water to move heat while also making use of the thermal mass,” he explains.

A radiator-based system like this can apply to retrofit solutions as well. Cutler-Welsh uses his own 1950s home as an example: “The best retrofit for my situation would be a gas fired boiler running 6 or 7 radiators throughout the house because that for me would be the same price as putting in 3 heat pumps which is what I would need to heat the house effectively.”

Matthew Cutler-Welsh is keen to stress that for the channel, retrofit heating/cooling solutions still offer by far the biggest opportunity over new builds.

“There are consents in Auckland for 20,000 houses right now but the bigger opportunity is fixing up the 800,000 existing homes that will be under-heated and ideally that would be in conjunction with insulation companies. You have to do the insulation first, then once you have created an environment that’s able to retain that heat you can look at an effective means of heating.”