Leading ITM from good towards great

Gordon Buswell said farewell to ITM at the end of September. We caught up with him to take stock on his 13-year stint as CEO and to get his take on the outlook for the still growing cooperative. Steve Bohling reports. 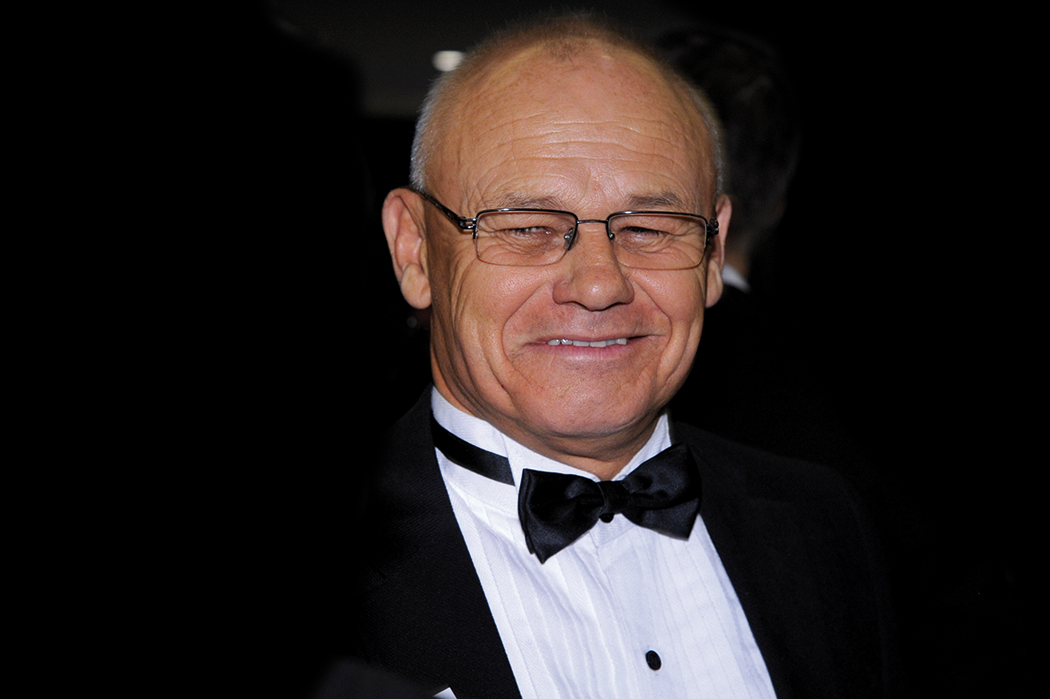 The headline of this article refers to James C Collins’ management bible, Good to Great: Why Some Companies Make the Leap... and Others Don’t. The book sets out to describe how companies transform themselves from being run of the mill to epic – and how some simply don’t.

Now Gordon Buswell is a bit of a fan of Good to Great. And it’s informative to reflect, without going into too much detail, that according to Collins, one of the basic attributes of companies which do get from good to great, is the quality of their leadership.

Further, it’s most often those leaders who display not only high levels of determination but are also in some ways humble that achieve most – i.e. it’s not about them (or “top down management”) but the company they’re guiding along the path to greatness.

For those of you who don’t know Gordon Buswell’s background, pre-ITM, prior to becoming CEO of the cooperative in 2001, he spent a dozen years at Carter Holt Harvey (CHH). But first there was a stint in property development and investment, which in 1987 “went bang like everyone else”.

He then moved to NZ Forest Products (NZFP) as Financial Controller before NZFP was taken over by Carter Holt Harvey, where his entrepreneurial skills and outlook (“I came from a culture of doing deals”) stood him in good stead.

During his time at CHH, Buswell was key to the creation of Laserframe (“my baby”, he calls it), which was an industry changing product and also the very first timber product that actually had a brand name.

He then moved into international development, setting up CHH’s first offshore joint venture (a frame & truss plant in Thailand) and opening up the Japanese market in distribution. A strategic role, rubbing elbows with top international consulting firms Mackenzie & Co and Boston Consulting, ensued.

Key to his time at ITM is that these high level associations taught Gordon Buswell that the top down style of management often practised by large corporates wasn’t the best way to run a company.

“You think you engage but you don’t,” he says today. “I thought there had to be a better way, so when I moved from CHH to ITM it was a bit of a clean slate.”

THE “BETTER WAY” AND PERSONAL STYLE

So, what about this “better way”? “I have been able to integrate my strong personal views – which have changed over the last 10 years – but I couldn’t say better than I have never been in a situation before where my heart and my head have been in the same place,” says Gordon Buswell.

“Strong personal views”? He explains: “Freedom is wonderful but, to perform, it has to be freedom within a framework. And that framework has to be strategic – everything you do has to be strategic – after all, you can be operationally effective and still fail! So, unless you are operating in the context of an appropriate strategy, it’s not going to work.”

“You have also got to be looking all the time. I believe a major part of a CEO’s role is managing change but not reacting to everything – in other words you have to protect your organisation from inappropriate short term decision making.

“So you have to maintain strong strategies that are transparent to everybody and you’ve got to be very aware of what it is you will react to and what you want. Otherwise you become flotsam.”

Gordon Buswell explains what he means by “inappropriate” decision making: “If you look at our environment over the last five years, boy has there been a lot of change that wasn’t necessary.

“In the GFC there was a lot of change where people gouged out costs that were strategic costs. The GFC lasted five years but some of the skills that got destroyed will take 7-8 years to rebuild. So you’re just destroying value…”

When Gordon Buswell came to ITM, it was turning over about $180 million. It’s now turning over just under $800 million so growth has been exponential. Looking beyond the financials, what does he see as key achievements?

“Building the brand was really exciting – our brand now has great excitement, it’s got real personality and we have now given the brand integrity.” Integrity in the form of ITM’s Go in Black programme, the process of changing from green & yellow to black & yellow.

This programme is now “past the tipping point” and will be completed by September next year so every store will look like an ITM store… “It also means we can go to a rugby game against South Africa and Australia and wear our colours without being concerned,” he quips.

A former Mitre 10 CEO has likened encouraging members towards a key common goal to herding cats. How has it been with ITM?

“Three months ago every store signed a charter of commitment to ITM which is basically backwards re-engineering a franchise agreement with the cooperative. So each of our members is now committed to standards in every aspect of the brand and marketing – and that’s huge!

“If someone had told me that we could coordinate 40 stores to have a single value proposition 10 years ago I would have said: ‘I would love to get there but I don’t think so’. Well we are well and truly there now.

“That’s another thing: we are no longer independent, the guys are interdependent – they rely on one another for their brand pride and when addressing national accounts they are relying on the group’s integrity of performance.”

DOING MORE WITH WHAT YOU HAVE

Gordon Buswell’s other highlight of his time at ITM was in 2007 when Carters took six ITM stores and PlaceMakers four, which meant a rumoured $85 million worth of store turnover lost in two months (a “big knock”).

Highlight? Well, in the following months, several key independents joined the cooperative and more than made up for that lost turnover. Says Buswell: “That was a signal to our corporate competitors that ITM wouldn’t be knocked around, that ITM would be here for a long time and would be part of the future of the merchant industry and be very, very strong.”

ITM has matured in many respects in the dozen or so years of Gordon Buswell’s tenure. One wag puts it that the stubbies and work boots of yore have been replaced with slacks and a shirt – in other words with a far more professional outlook and compelling value proposition.

As a result, “The ITM model is highly sustainable and attractive to younger entrepreneurs and is an opportunity for people who have built skills elsewhere to come and apply them for their own benefit but with the support of a larger group,” he says.

Having said that, Buswell sees ITM’s main opportunity for future growth as organic growth, from existing stores, rather than substantially increasing member numbers. “I think focus is very important for a group like ITM and you always have to trade off buying advantage versus dissipation of your competitive advantage – lack of focus.” 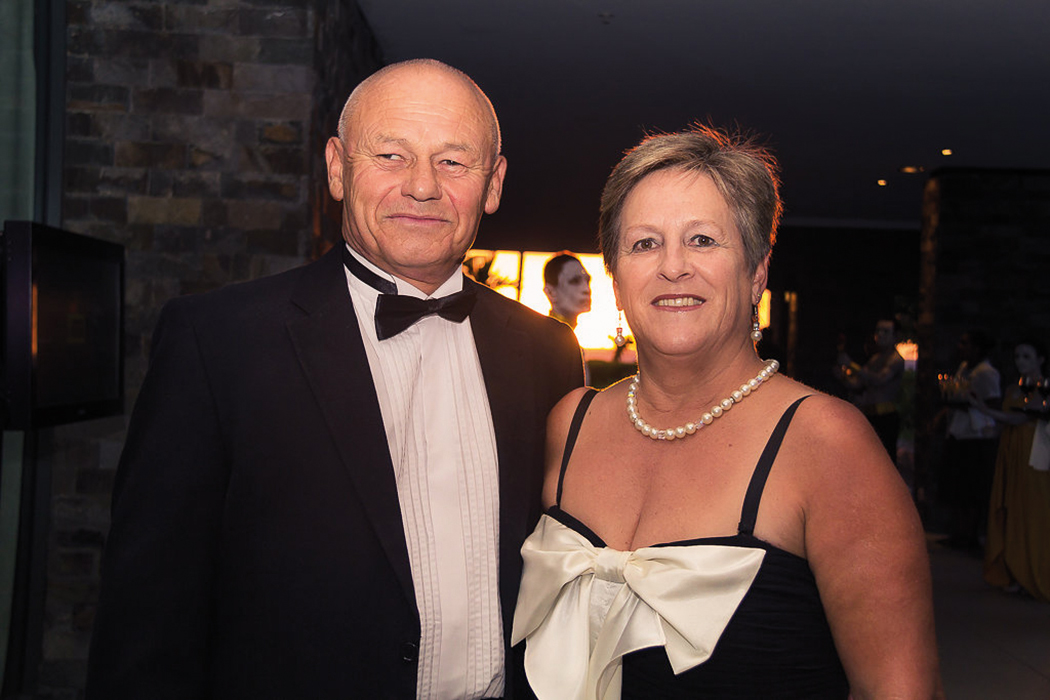 The last thing Gordon Buswell is, is smug. But he will admit that he is “very very happy” with the state he’s leaving ITM in.

Still, I think he would agree when I say that although ITM may be very, very “good” indeed, it isn’t yet “great” and that there’s more to come.

There is indeed more to achieve for the cooperative: “I joined the group because I could see real potential and I see as much potential in the group now as I did when I arrived. This group is only just hitting its straps!

“If I write down all the things we do well and the things we have yet to do better, there is a huge amount that is yet to be done – all of which means there is an enormous amount of potential left in ITM.”

Gordon Buswell firmly believes that his mission may be accomplished but that ITM’s isn’t and that the group has “a lot further to go! I think Scott [Duncan] will have a lot of fun here…”

Charged with taking ITM forward from October, incoming CEO Scott Duncan meets with Buswell’s wholehearted approval: “I am delighted he was appointed!” he says.

“One of my commitments was that I would try and get the best out of what I had learned as a corporate and apply it in a member-driven, owner-driven, passionate environment.

“So the bureaucracy stayed behind but the disciplines around strategy and performance were equally appropriate in both [worlds]. Also in a cooperative you cut through the layers so it’s far easier to get to the coalface – whether you are corporate or cooperative, absolute clarity about what the market needs is essential.”

Gordon Buswell is nevertheless sanguine that the new CEO may well challenge the cooperative’s perspective, adding: “It’s appropriate that he does.”

Regrets? None worth mentioning: “I just see it as good for me and equally good for ITM – job done, move on, someone else comes in and there’s still a lot to do.”

WHAT ABOUT LIFE AFTER ITM?

As we talk it is just a couple of weeks before his time at ITM comes to a close and Gordon Buswell jokes that his wife Rose is a bit concerned about where all of his drive and energy will be channelled, post-ITM.

Gordon himself admits that ITM just “absorbed” him: “I love it but it just absorbed me… I love going to the rugby and fishing and motor racing but the reality is that it takes chunks of your life that you’ll never get back.

Having said this, Gordon Buswell candidly admits that he will (probably sooner than later) feel “compelled” to get back into something – “Something that doesn’t absorb all of my time but something that I feel I can contribute to.”

He will also consider governance roles in “companies that I can get excited about and make a difference to and either need a lift or are in a position to expand dramatically… Opportunities are opportunities and you never say no – you always have to take a look.

“I am very very excited about my future – it’ll be different, it’ll be exciting and there are some unknowns but so be it! It’s been an incredible time and I wouldn’t have rather spent it anywhere else – I wouldn’t have got what I have out of it in terms of learning, relationships and understanding and insights.

“It has been fun! Whether it was fate or luck or subconscious good management, I found myself in a role that just came naturally to me and things that may have been hard for others I didn’t find hard. I always felt as if I was in the right place.”