Trying not to sound like a broken record, we attempt to look beyond issues of supply and demand in Fasteners & Fixings. 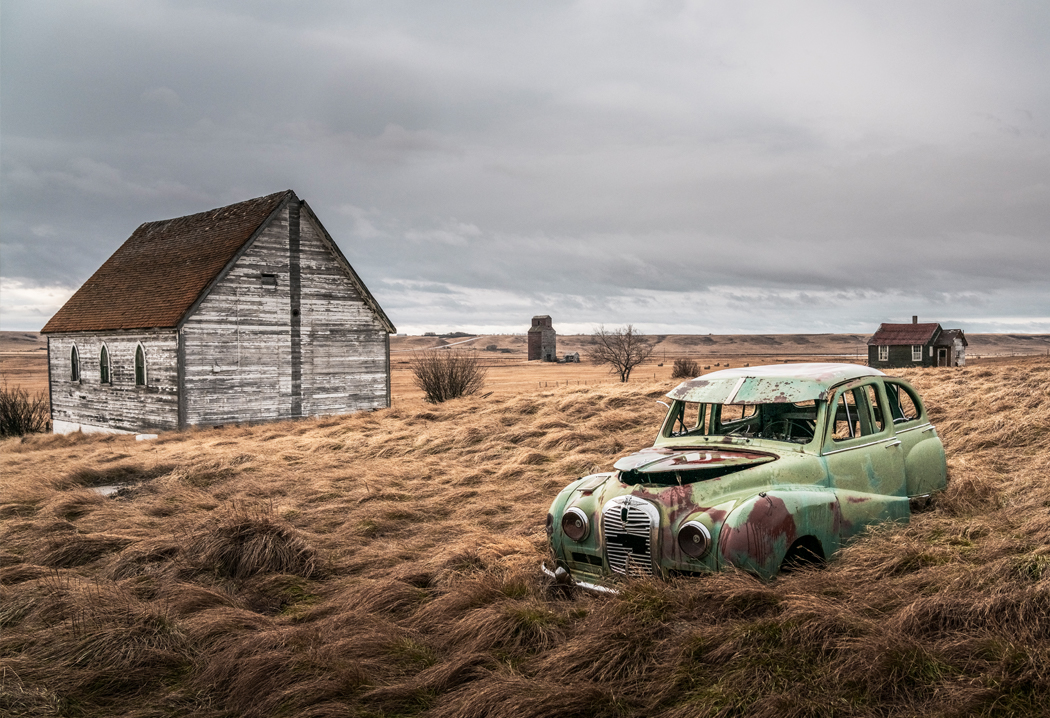 To view this article in our June-July 2021 Digital Edition click here. To view a PDF of the complete feature as it appeared in NZ Hardware Journal, click the download button at the bottom of this page.

Try as I might, I cannot ignore the current situation, but let’s get the obvious stuff out of the way:

Satesh Govind, General Manager at NZ Nail Industries, sums up the category’s take on the current supply chain thus: “If someone had said to me, I’d be paying three or four thousand a container, just for ocean freight, I’d be like no way in hell.

“But that’s what people are paying … And you pay that price, or your container sits at a factory. And you know, if you don’t have product in-store, you can’t sell it!”

Even for those who own factories offshore, shipping times of finished product have ballooned from four to 8-10 weeks and, adds Satesh: “Two weeks or four weeks might not be a lot for a shipping line, but it makes a big difference to us.”

Armed with local manufacturing and local raw materials, for Tony Castledine, Regional Manager & National Hardware Manager at MiTek NZ, the biggest problem has been getting the sheer volume of work out the door.

“I keep saying it month after month – ‘It can’t carry on like this’ – but I’ve been saying that for the best part of eight months now!”

As a result, to clear the backlog MiTek is now running a second shift in dispatch plus, admits Tony, the company is having to be “quite strict in our delivery policy. To be fair, everybody has to be treated as their order comes to the top of the pile.”

In this respect, more than once in researching this article I’ve heard the words “retailer”, “merchant” and “panic buying” closely associated in the same sentence.

One supplier who preferred not to be named says: “Some of the retailers and merchants have just cut it a little thin, trying to be lean and mean, which is all well and good. But, not having committed to certain products, there’s definitely some shortfalls out there, some empty shelves.”

Another states plainly: “When stock arrives, they’re just panic buying three, four, five months’ stock at a time. These peaks and troughs are avoidable, but you can understand why they’re doing it.” 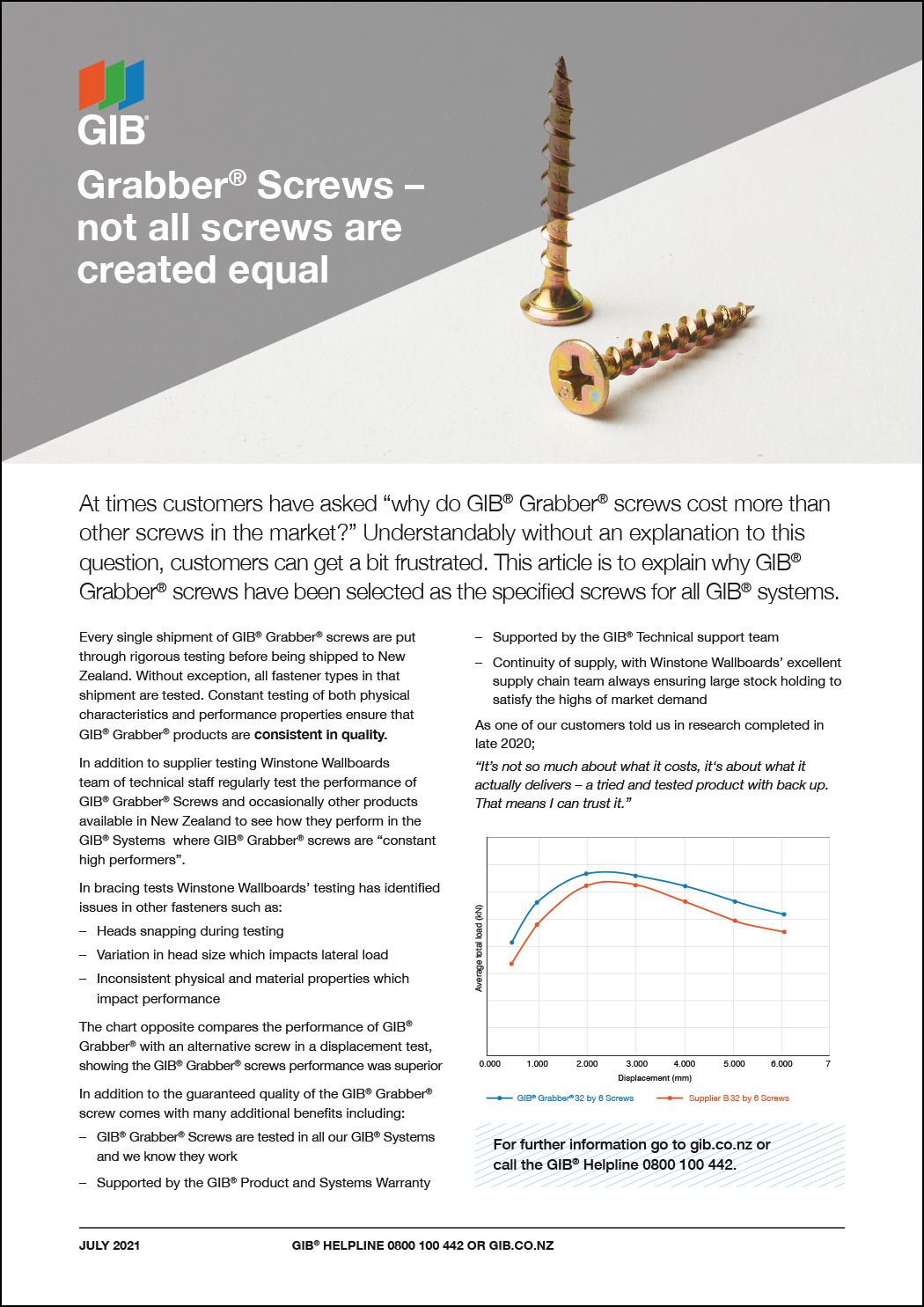 Happy to go on the record is Rob Lawson, General Manager Pacific Rim at Simpson Strong-Tie: “Money’s cheap so the idea that people are happy to build inventory up to protect themselves is natural.

“We’re probably doing the same thing, after all – forecasting high and buying with safety stock in mind.

“I imagine all my competitors are in the same boat, wondering where material is going to come from,” says Rob, adding that stainless steel in particular is looming as “a real issue”.

In a world turned upside down, Shaun Matheson, National Sales Manager at ECKO Fastening Systems, comments: “Gone is the day of return on investment, stock turns etc. You have to do the complete opposite at the moment – you’ve actually got to purchase more stock and hold on to a hell of a lot more.”

As a result, he says, ECKO has not only invested in holding stock with third parties but is also building a new warehouse.

Fasteners & fixings companies with European origins
and factories are equally challenged by the sheer level of demand.

Luke Poepsel, National Sales Manager at Spax Pacific, says some customers working on large scale projects simply “took everything they could get into their warehouse to make sure that they have the material available when and where. But they’re financing that.”

Supply issues are also driving a change in organisation for manufacturers in Europe to cater for their global subsidiaries, says Luke. “Big companies like Spax [now] hold stock for subsidiaries because they realise that, from a logistical point of view, we can’t just pick up an order on a daily basis.”

So, although stock destined for New Zealand is now set aside in containers, ready for dispatch, Luke and his team are also having to forecast a lot further out, “taking a greater risk in order to do our part to eliminate the shortages.”

Cath Montgomery, Product Manager – Accessories at Winstone Wallboards, has the luxury of partnering with a very significant Taiwan supplier which has so far avoided disruption from the pandemic and can ensure orders are being manufactured on time.

Still, adds Cath: “No-one is safe from shipping delays,” despite “a very hard-working supply team who are constantly reviewing forecasts against actual sales and ensuring we have enough product on hand for our customers, as well as safety stock to cover when shipments are delayed.”

“Ramset and Buildex have manufacturing facilities in Melbourne, and we are continuing to make investments to ensure our manufacturing capability is retained to supply our ANZ market.”

Despite no signs of improvement in shipping and port delays, Raewyn says ITW Proline’s fill rates have almost bounced back to pre-COVID times, thanks to the hard yards put in by its strategic sourcing team. 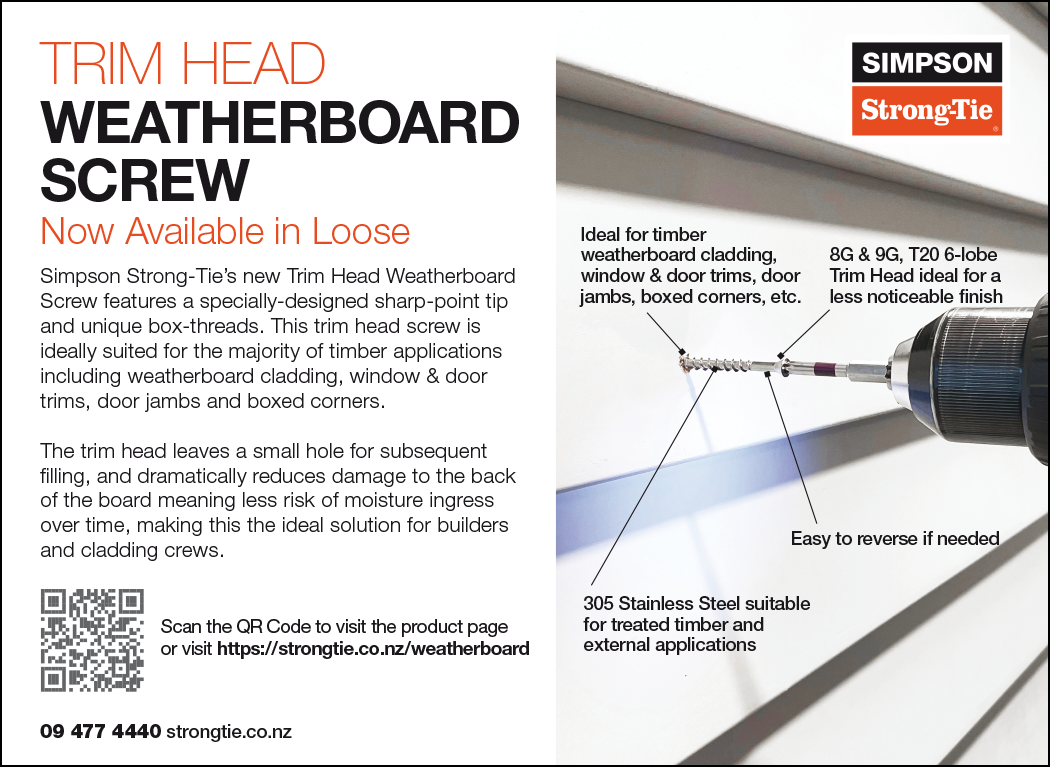 Although demand for fasteners & fixings means some will buy whatever they can lay their hands on, there is equally an underlying flight to quality happening, driven by risk aversion at many if not all levels of the building industry.

Steve Williams, NZ Sales Manager at Bremick, however, is sad to admit: “You still get people that go, ‘Oh, that looks cheap, I’ll grab that’,” quickly adding: “Sometimes it’ll bite them and sometimes it won’t.”

Having said this, he also underscores the growing importance of information on products and being able to prove that the product is fit for purpose.

However, he says: “There’s people who want quality and don’t mind paying for it and want to buy it from a reputable company. And then there’s another camp which is emerging, for whom price is all they care about.”

Price sensitive batten screws and their coatings are a case in point, says Tait, citing a case where action was taken to prevent a supplier claiming their coating was industry-standard Class 4 when it wasn’t.

Plus, with no-one to enforce standards, he sees ease of entry into the New Zealand market encouraging a proliferation of fasteners & fixings companies: “There’s probably more guys selling fasteners today than there ever has been.”

Everyone I talked to agreed that bolstering the current CodeMark scheme would be a good step in this respect, despite the likely additional costs of compliance. 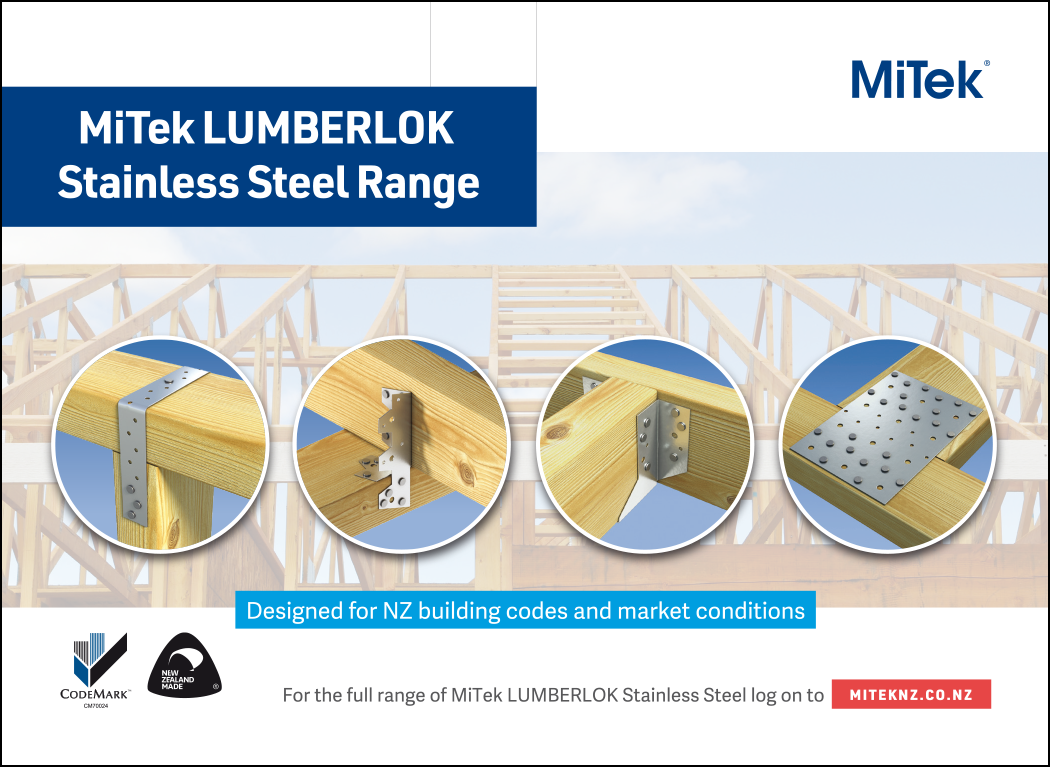 Back to Spax Pacific and Luke Poepsel, whose customers want a “quality guaranteed product”. “We’re looking for longer and longer sustainability on products and also construction. And if you come with price cutting products which do not last, you have a problem.

“Builders and construction companies have a right to say, if I use a quality product, I can finish the job a lot faster so I’m saving more time and money than if I used a cheap one which does not have the characteristics of a quality product.”

Rob Lawson and Simpson Strong-Tie also believe the New Zealand market is looking to take the risk out of poorly performing products but fully realises that when it comes to consumables a builder is not going to stop work for four weeks until the quality product arrives.

Tony Castledine at MiTek NZ says that while CodeMark currently may not have the credibility it deserves, it’s the best we have right now and, as if to prove the point, adds that across the Tasman, CodeMark compliance is underscoring the quality of MiTek’s timber connectors and facilitating the brand’s development in Australia.

From a structural fixing point of view, don’t dick around is MiTek’s advice – just make sure it’s code compliant!

As a result of all of the above, fasteners & fixings are by no means immune to the increasingly widespread price increases being attached to building products.

Faced with constant costs increases, Satesh Govind at NZ Nail Industries however isn’t just being charitable when he says: “There’s only so much you can pass on. Most of the cost increases are generally absorbed by us and, you know, I guess we can pass on small increases, but yeah, I guess we’re stuck with it, especially that freight factor, you know, it’s pretty difficult to pass that on.”

Rob Lawson and Simpson Strong-Tie worry about how the market is going to handle pricing in the longer term.

“A lot of people are building houses they quoted for a year ago, but costs are going to go through the roof in the next six months. Yes, I do fear for the profitability of the building trades in circumstances like that.

“If all your materials have gone up 20%, that could be your margin. So, I think there are a lot of people keeping an eye on debt at the moment.”

Tait Mitchell at Fortress Fasteners admits late single digit price increases are in sight but adds that “In fairness this isn’t really a true indication of the true landed costs that we’re incurring, but you have to draw the line somewhere.”

Could inflation force buyers and end users towards cheaper suppliers?

Possibly, says Tait: “It’s not going to settle down. There’s always someone who’s going to try and find a cheaper way to come to market and get a bit of market share, buying their way into the market in that sense.

This story also features in our June-July 2021 Digital Edition - read it here.