LESSONS TO (RE)LEARN FROM STONEWOOD HOMES 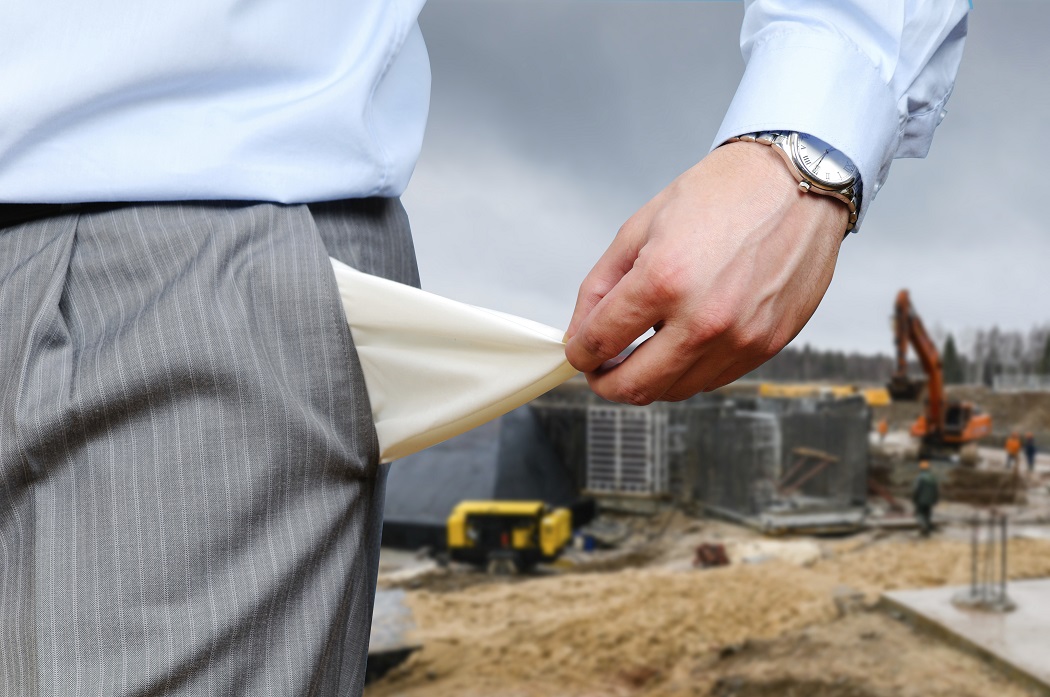 In the words of the late Freddy Mercury: “Another one bites the dust”. Regular NZ Hardware Journal columnist Alan Johnston (General Manager, CreditWorks) asks why.

When a company goes into receivership owing the best part of $23 million, the pain is felt all across the building chain.

Inevitably self-evaluation starts and the first question asked is: “Should I have seen this coming?”

In the case of Stonewood Homes Ltd (which is where all the debt resides, not with Stonewood Homes New Zealand Ltd, the master franchisor, also in receivership - details here), the answer is a resounding “Yes!”

SHOULD HAVE SEEN IT COMING

As far back as five years ago, the writing was on the wall. I was involved then in some very serious discussions with the Stonewood Homes Ltd Director over credit performance.

Debt levels were high and the company was not able to pay its debts as they fell due – making the company technically insolvent – and the age of the debt was extending.

Survival for the time being was only achieved through the provision of some property security, a dispersion of debt across suppliers and some very generous repayment terms. But this was just a temporary solution.

Theoretically, there shouldn’t have been many avenues for Stonewood Homes Ltd to gain additional supplier support, especially since the precarious status of its debt levels was already well known.

Indeed, anyone reviewing the company’s position on the CreditWorks database at that time (which most major suppliers in the building game have access to) would have shown an average DSO (Days Sales Outstanding) of 55 days.

That means the company was taking, on average, an additional 55 days beyond due date to pay the monthly account. And this was for millions of dollars.

So why was the company able to continue to obtain supply? Unfortunately, as long as suppliers – from roofing to builders’ merchants to retailers supplying electrical appliances – view the immediate sales dollar as more important than the potential loss, the customer will continue to temporarily survive on other people’s money.

(As an aside, I know of one supplier who worked on the philosophy that, as long as the customer stayed in business for at least 12 months, and the net margin on sales was at least 10%, he would still be on the winning side of the ledger if they failed after that time. He was obviously unaware of the Voidable Transaction regime!)

Sub-contractors too, have to take some of the blame. I have written many times about the benefits of the Construction Contracts Act, in keeping contractors in line with payment obligations.

However, when it comes to the so-called “big boys”, these processes are often ignored by subbies, keen on seeking to protect ongoing work. (See Credit Lesson 2 below.)

WHAT’S YOUR DEFINITION OF OVERDUE?

So, on to the present day. At the time of the company’s demise, Stonewood Homes Ltd’s average DSO was out to 82 days, having doubled over the previous 8 months, and its unsecured debt on our CreditWorks database alone was in the millions and more than 80% was overdue.

Nevertheless, suppliers don’t always see it in this light and, as Stonewood Homes Ltd had been very successful in negotiating agreed extended terms with many suppliers, much of this debt wasn’t being considered as overdue, but merely “slightly overdue” in many eyes.

But ask the question: why would this outlook justify continued support, even though the company hadn’t made any inroads on reducing its debt levels for years?

There are two clear lessons to be learned from all this:

WHAT OTHER SIGNS OF TROUBLE WERE THERE?

Most everyone saw the Campbell Live TV program a year or two ago, which conveyed the issues Stonewood Homes Ltd was having with workmanship quality. This was very damaging to the brand.

A number of notifications also started to appear on the CreditWorks database, suggesting legal action may be forthcoming, for unpaid debt. Statutory Demands were also being served.

No doubt due to bank worries, in late 2014 independent Directors were brought in to oversee the operation, which was perhaps the first real sign that the banks were concerned about the ongoing financial position of the company.

One Director subsequently resigned, just before the company went into receivership. This sort of thing may be something suppliers should factor into their assessments when viewing the overall position of a struggling company.

Plus, in the last few months, two of the other Stonewood franchises went into liquidation.

SO – WHERE TO FROM HERE?

Since this article was originally published, the Stonewood Homes Christchurch franchise, and the Master franchise, have both been sold.

However, my original concerns still remain. It is unclear what additional benefits or expertise will be brought into the business by the purchasers, other than the removal of the debt obligations incurred by the previous owners.

This in itself is of no consolation to unsecured creditors who will remain out of pocket for millions of dollars, but will no doubt be approached to provide further supplies, and do future on-going work, which at the very least if they agree, has to leave a sour taste in their mouths for a long time to come.

And what changes to the failed business model will be made to ensure they don’t go down the same path again.

Reiterating my previous comments, having talked to those in the know, it does not appear Stonewood Homes New Zealand Ltd possesses any intellectual property or business methodologies that give it a market advantage.

The brand will be damaged in the consumers’ mind for many years to come, so it is going to be very hard to erase these memories. Additionally, buying a business as a going concern inevitably means inheriting its obligations to past customers. (Campbell Live had over 130 emails from customers concerning unresolved issues with their homes.)

It is also worrying times for the franchisees who have bought into the brand, especially those with connections to the previous owners through their directorships and shareholdings.

It’s another sad day for an industry that should be thriving – and is in many areas.

But it’s also a day when everyone in the industry needs to look inward (again) and ask themselves why Stonewood Homes Ltd continued to receive broad support for so long, when its chances of recovery were small and yet the cost to the industry would be so great if the company failed.

Here I’m thinking particularly about the unsecured creditors who are owed $15 million and who will still be without remedy, despite the sale.

And, while reflecting on all this, do take the time to ask yourself the question – "Who’s next, and am I doing all I can to ensure I don’t get caught next time?"

Please note: Since this article was originally written, Stonewood Homes has found a new owner - read all about it here.

Regular NZ Hardware Journal columnist Alan Johnston is General Manager of CreditWorks Data Solutions Ltd, and has been involved in credit management for 35+ years. CreditWorks is recognised by the NZ Leaders organisation, as Industry Experts. Email Alan at alan.johnston@creditworks.co.nz or call him on 09 520 8133 to find out more.