Issues of confidence and supply

As we do our round up around engineering supplies there is every reason to feel confident. Even the dairy industry is starting to feel more optimistic. Terry Herbert reports. 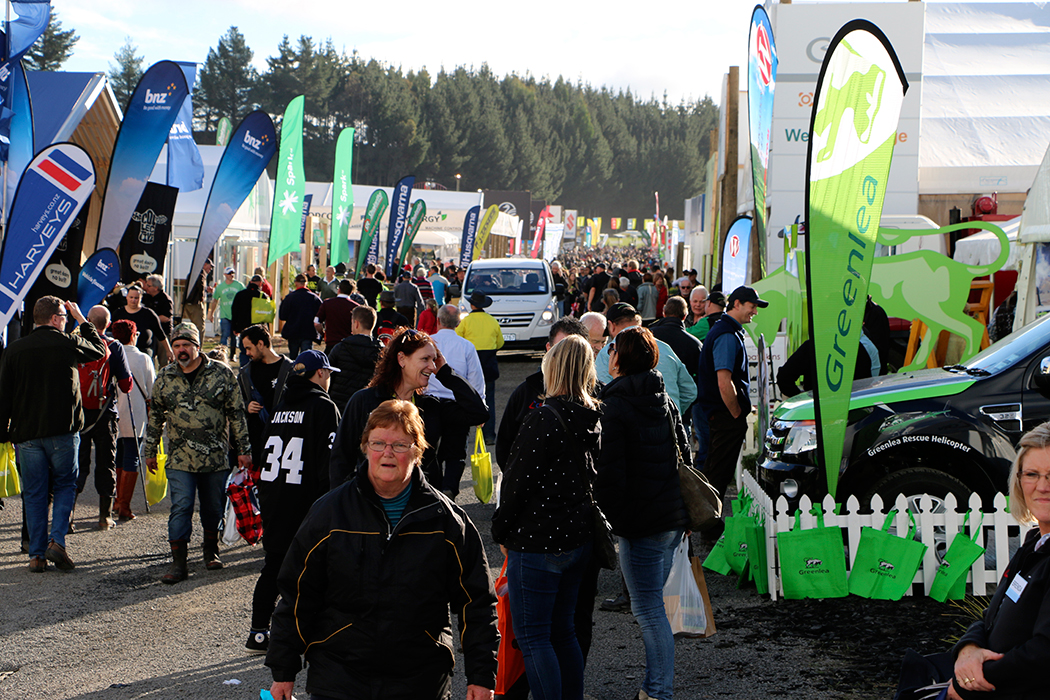 Fieldays 2016 has just finished. Punters came out of the fog to Mystery Creek in their droves, in fact 130,684 souls over the four-day event.

That’s a net gain of nearly 5,000 more visitors than 2015. And they brought their wallets. With engineering suppliers well represented at our nation’s biggest agri-fest it seemed entirely appropriate to use this event as a litmus test for this category.

After the event we managed to track down NZ Safety Blackwoods, Hamilton Branch Manager, Grant Joyce, who happily tells us: “Fieldays were incredible for Blackwoods. We had our best year ever on site this year. We actually ran out of some stock. We were extremely busy and I still can’t stop smiling.”

We ask Grant Joyce about the Wesfarmers restructure of NZ Safety, Blackwoods Protector and Packaging House. “It’s business as usual for me and my team with one noticeable change. Officially from the 1st of July we merge to become NZ Safety Blackwoods. We get a new paint job. We’re currently grey and green and we’re about to become blue and orange. You saw our new signage at Fieldays. It’s full steam ahead at my store, just different colours.”

And how is business in and around the Tron? “Milk prices are going up. It’s certainly above break even. If I look at Hamilton there’s a massive increase in residential builds, not so much commercial, but horticultural is going gangbusters and we’re certainly getting our share of that.

“Construction work with all the bypasses happening here is good for us too. We’ve got all these Aucklanders coming to live down here and that’s swelling the average house price. Yes, we’re all looking forward to another great year.”

“Right now,” continues Joyce, “you’re hearing that dairy are doing it tough. Well I think that’s changing. My team and I get to talk to a lot of farmers and by and large they seem in better spirits than last year.

“We continue to do well regardless,” Joyce explains. “When times are tough you repair. When times are good you replace. Sales are definitely on the up for bigger ticket replacement items.”

With Fonterra chairman John Wilson going on record at Fieldays predicting a dairy bounceback of $6.15/kg for the following year increasing further to $6.61/kg by 2020 and a rise to $6.35/kg in the first 6 months of 2017 reported in the Waikato Times the dairy industry is starting to feel more confident.

Another engineering supplier business that was enjoying great sales at Mystery Creek was TradeZone. We spoke with TradeZone's acting CEO, Gary Dobson, who tells us: “Our TradeZone member achieved a Fieldays sales record on every day. Overall TradeZone is doing very well. We’ve just come off a record year (YTD 31 March 2016) for the whole group.

“The first 2 months of this financial year, April/May, are definitely ahead of 2015. We’re very happy with the way the year has started.”

We ask Gary Dobson what factor can be attributed to TradeZone’s continued and growing success. He tells us, “Our success is due not to one but a combination of factors. It’s the maturity of the group. We’ve got to a size and an age now where the TradeZone brand has got some real traction and that’s right across the country too. We’ve got a great bunch of people behind the brand. As a business model it’s a highly successful co-operative. Every business is independently owned and they’re all valued members of their communities.

“Marvyn Towers is still our chairman and he’s a perfect example of why we’re so successful as a group. He’s a good Taranaki man, an engineer by trade, and his business, Croucher & Crowder, has earnt a great reputation over quite a few decades. They’re good people to deal with and well respected in the community. With their experience in the oil industry they’re a family business that has built a great culture in that company. The TradeZone brand is privileged to be part of that.

“We don’t actively seek new members. We prefer to choose new members by word-of-mouth. It’s simply by knowing good people in good areas. We’d prefer one of our own started a new shop in a new area. Currently we have 36 co-op members nationwide. We’ve still got a few gaps that we’ll fill in one day but we’d prefer to expand from within. Crouchers for example have 4 in the group.

We ask after former CEO Leighton Cox who is stepping down due to health reasons. Dobson reveals, “I’m the temporary CEO. I’m a founder member of the group so I’m back running things until we get a full time replacement. We’ve had 60 applicants for the job so we’re busy short-listing now. We’re very confident that amongst them we’ll have the ideal replacement. He/she will be employed as General Manager and we hope to make an announcement in the next few weeks.”

ENGINEERING IS STILL TOUGHING IT OUT

Brett Allot at Toolware Sales tells us his business is doing well through the big hardware merchants. “The building and construction trades are showing no signs of letting up,” Allot expounds.

“They’re romping ahead and that’s our core business.”

However, he adds: “Engineering as a manufacturing base by comparison is a little sad. There’s more and more imported product and we’re seeing less being produced. We need more engineering and manufacturing in New Zealand. We need finished product going out of the country not raw product. There’s not enough value add across the board.”

We note with interest that Bahco SNA Europe currently supplies 79 SKUs to Toolware Sales, so it seems an appropriate segue to cross to their NZ Manager, Craig Wymer, who is someone we’ve spoken with many times.

Wymer tells us that the Bahco SNA Europe business model is something of a hybrid: “We don’t just supply precision engineering tools to the major hardware merchants but also the independent mechanical engineering repair and retail businesses.

“These businesses, often family-owned, make up the back bone of NZ’s rural communities. We support them at every opportunity. Our customer service team travels extensively. We actually go in to stores and offer a free blade sharpening service which is very popular.”

Craig Wymer is perhaps uniquely placed to comment on the state of engineering supplies. “We all know how well the construction and building industry is doing. It’s not a game of two halves, it’s a game of many sectors and (geographically) it’s about where you live. We sell a lot of tools to specialists like forestry and wine for example.

“One engineering retailer is going great because it’s a town dependent on orchardists and that sector is doing well. A few kilometres down the road where dairy is prevalent, that shop is struggling. We’ve taken on more brands and expanded our Bahco tool range and we’ve done that in response to demand.”

Comparing engineering supplies in 2016 to 2015 we can safely recap that the sector is reporting better sales and more positivity.

As we know, the building sector continues to boom and even the dairy industry is showing an improvement. If our dairy farmers were like their French or British counterparts they’d be driving their tractors up the steps of the Beehive now demanding handouts and subsidies.

But more engineering tools are being supplied and confidence has returned by and large, even to rural areas. Without a Fonterra to fixate on, the media tend to overlook the plight of the local engineering manufacturer. While we depend on exports, perhaps it’s time for central Government to focus on manufacturing?