SHONKY BUILDING PRODUCTS – WHERE IS ALL THE DUE DILIGENCE?

Recent issues with poor quality steel have underlined the basic issue of importers and construction companies needing to ensure they do due diligence on their products, says International Accreditation New Zealand. 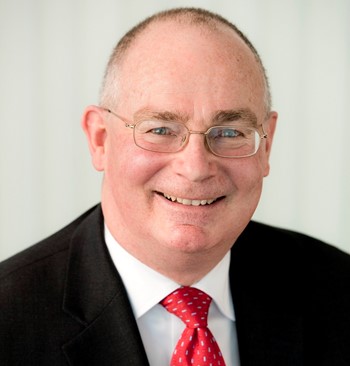 IANZ CEO, Dr Llew Richards (right), says: “If you are spending hundreds of thousands of dollars on imported steel, it’s a good idea to do some due diligence to make sure the test certificates actually mean something, rather than assuming everything is perfectly okay.”

IANZ is part of an international network of accreditation bodies which means it can quickly verify that a test report from say an accredited lab in say China actually has come from that lab and that the report or certification itself is bona fide.

Llew Richards says IANZ is currently reaching out to its international colleagues on a weekly basis, if not more frequently. On a positive note, he says the number of test reports IANZ is being asked to query that prove to be fake has fallen to around one in 10.

This is progress, he says: “When we started doing this back in about 2003, around a third of the certificates that we got were fake. Now, because people know there is somebody in New Zealand checking, even if they don’t know who it is or what we do, that number has definitely dropped.”

The lab that issued the certificate may also not be accredited to test the product for which it has issued a certificate (which appears to be something of a loophole in our system by the way), but all of this can be quickly verified through IANZ’s global network.

Bottom line? Caveat emptor – buyer beware, says Dr Richards: “If something is really cheap then the consumer, importer or retailer should be asking questions – in other words, if it’s really cheap, I would suggest that the risk is higher.”

It is however positive to note that several DIY retailers and merchants are proactively going to IANZ-accredited laboratories in New Zealand with actual batches of own brand grinders or drills (etc) and getting them tested.

For the last 18 months one merchant, adds Llew Richards, has also been getting IANZ to check all of the test reports that come with the steel it is importing.

But are there checks and measures that IANZ can apply to verify if the products that arrive in New Zealand are exactly as certified?

No, says Llew Richards, admitting that an accredited laboratory could unknowingly issue a certificate for product that tests A-OK but wasn’t representative of the product the vendor has supplied into New Zealand.

“The only way around that is to get [the product] tested again in New Zealand. So it comes down to the veracity of the supply chain – you need to know that you are dealing with honest brokers at each step of the process.”

This may be easier to achieve in some countries than others, he adds: “We have to be aware that here in New Zealand we are a non-corrupt society, we tend to try and play by the rules, but that doesn’t necessarily hold in the countries that are supplying product into New Zealand.”

Is there a case for regulating or mandating certification? Along with most of the industry, Government and local authorities, Llew Richards suggests this isn’t the best way to forestall shonky products arriving in the country.

“So, if suppliers, importers or retailers can be encouraged to use accredited testing without having it mandated, that’s an advantage for everybody – it’s quicker, faster and cheaper.”