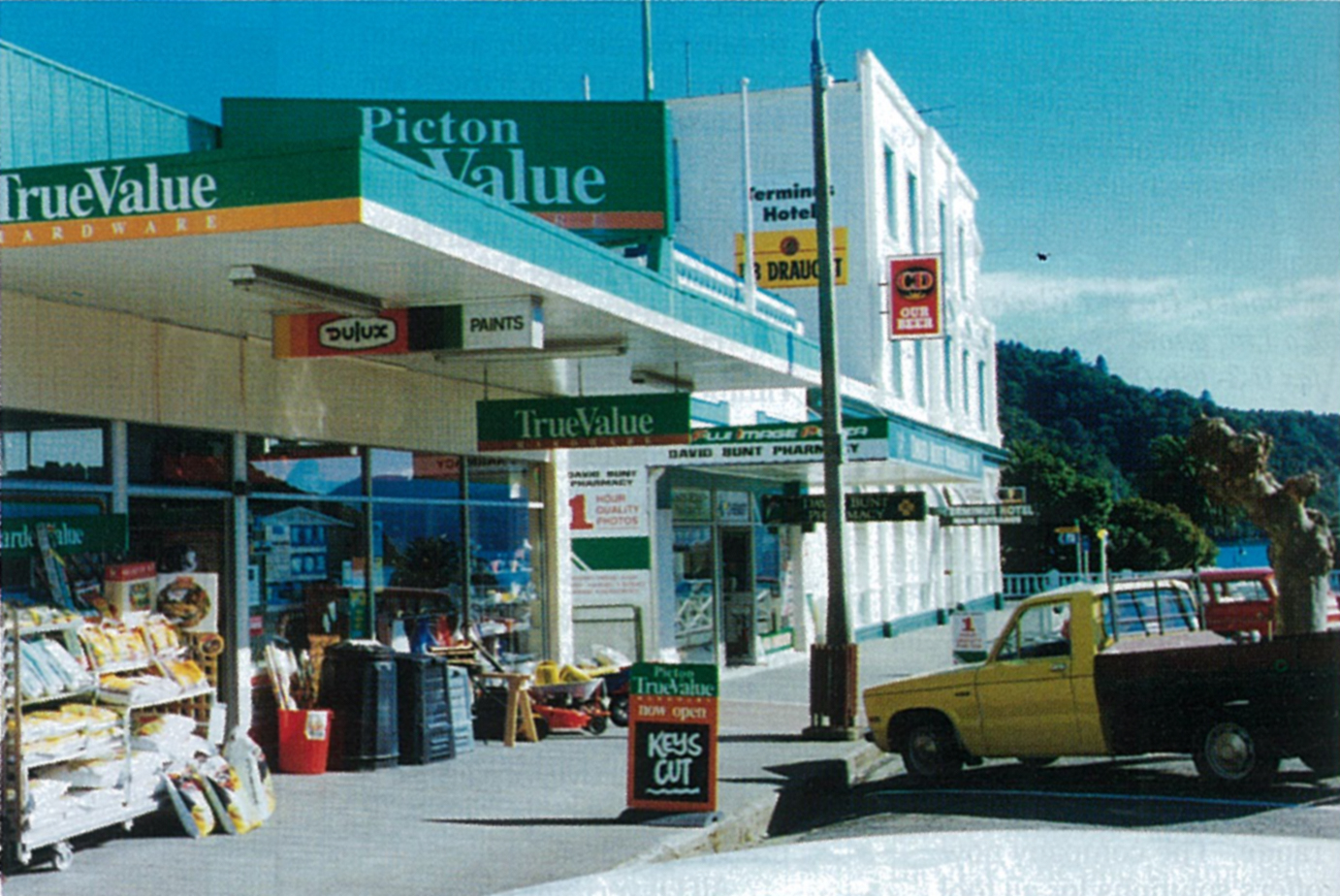 20 years ago, NZ Hardware Journal was visiting Picton True Value. What has happened to this store since then? 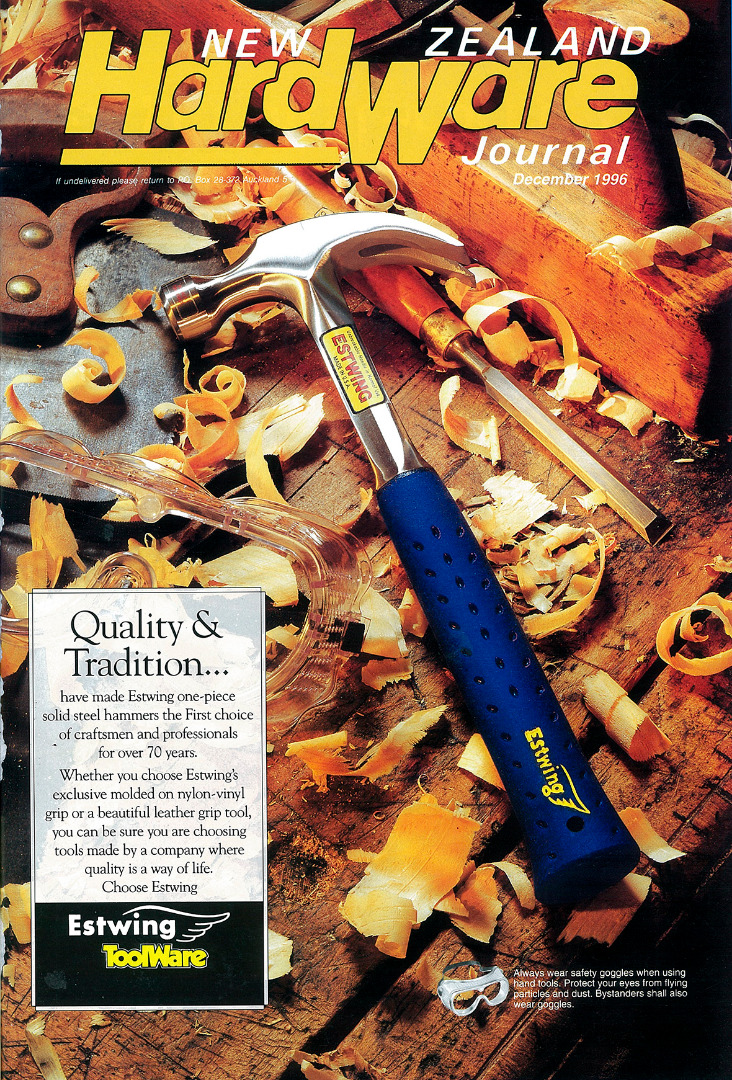 With the top of the South Island very much top of mind right now, it’s ironic that, 20 years ago this month, NZ Hardware Journal was visiting Picton True Value.

At the end of 1996, it was 16 years since Bob and Di Tanner had arrived in Picton from Auckland, bought the supermarket and then the town’s long established hardware store which then wore a Value Rite banner.

In 1992, when Mitre 10 bought Value Rite, the Tanners’ store remained part of the group and adopted the new green and orange True Value banner.

Board Member Bob talked positively back in 1996 about the TVCs running at the time and the stock sharing that some members of the True Value group were engaged in at that time to take advantage of their regional placing.

But, with even the Takaka store some four hours away by road, Picton was out of this loop. The town may have been the entry to the South Island but, 20 years ago, although frequenting Blenheim, just 20 minutes away, some manufacturer’s reps would often “run out of time” to visit Picton True Value…

Still, catering to the particular needs of the locals and the growing waves of people in transit would keep Bob and Di busy until almost the end of the 1990s, at which point they sold the store, only for it to change hands again within the year. 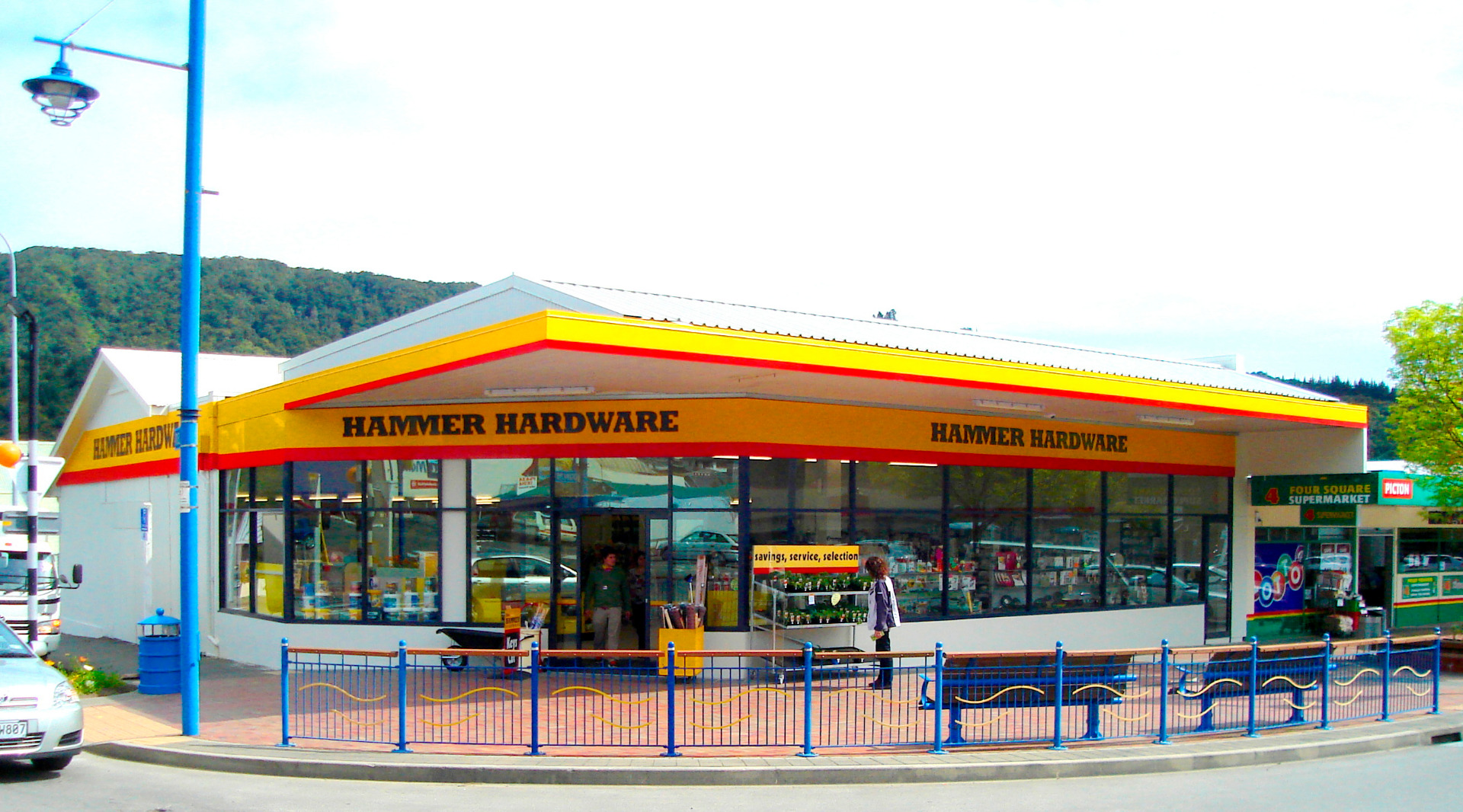 FROM TRUE VALUE TO HAMMER HARDWARE

Peter and Gillian Soutar bought the Picton store as a True Value in 1999, but its colours would change again just a year later, to the yellow and red of Hammer Hardware.

The Soutars arrived from the UK in 1982 and, after an extended spell in Australia, went looking to buy their own business in Wellington, without success. However, on a holiday trip across Cook Strait, an advert in the newspaper led them to snap up Picton True Value.

The change to Hammer drove a move to larger premises on High Street and that’s how it stayed for the next 15 or so years, through a recession, with shops closing around them and the added doubt and uncertainty around Picton remaining the terminus for crossings.

More recently, right up until November’s earthquakes, says Peter, there had been a really positive vibe around the Top of the South, with businesses and investors finally returning to the region.

As did Bob Tanner back in the day, Peter Soutar says he and Gillian have both enjoyed the interaction that happens within a small community like Picton and, although the shape of the business these days has changed along with the town, they have no regrets about the choice they made 17 years ago. 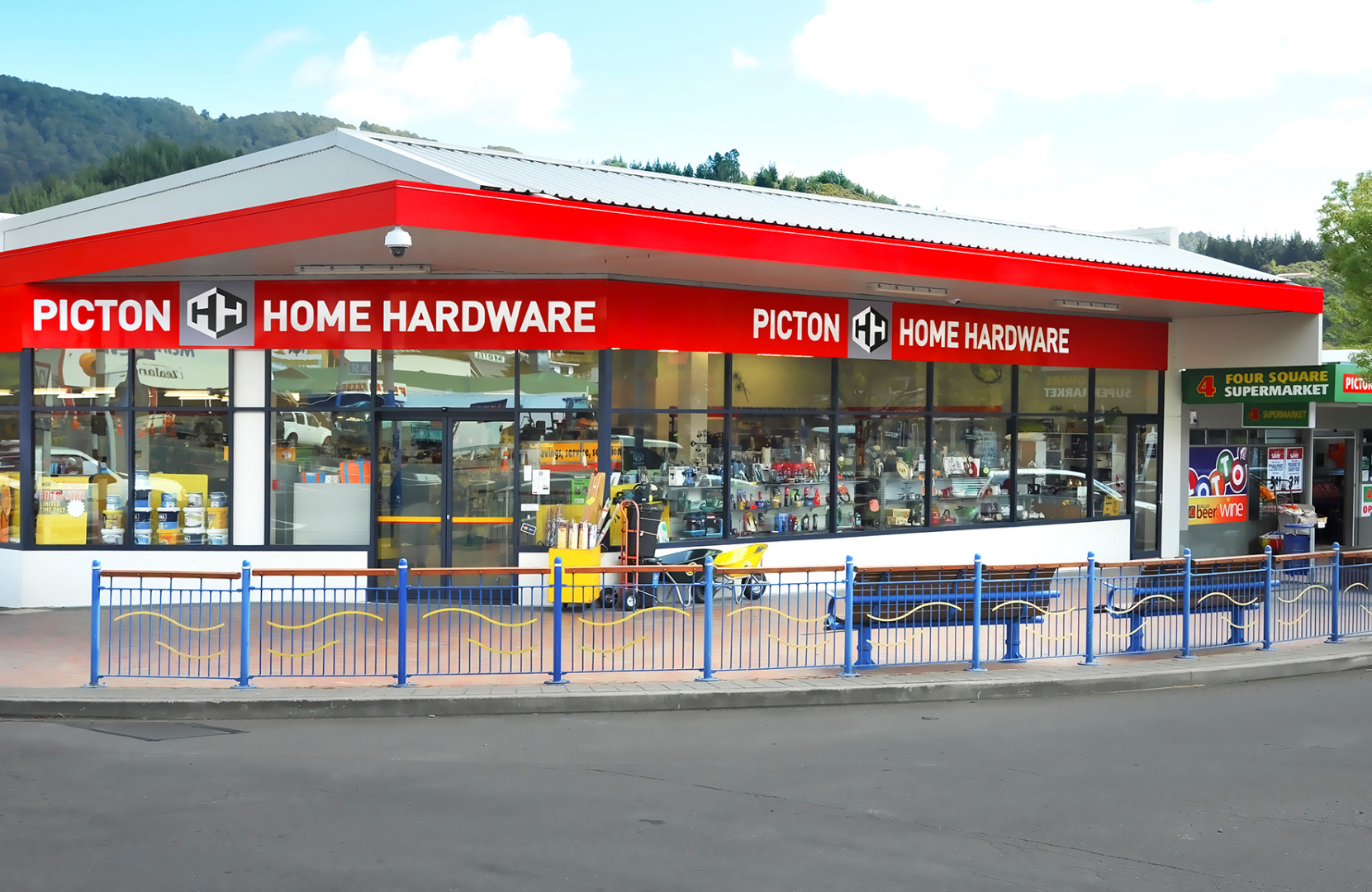 FROM HAMMER TO HOME HARDWARE

But nothing stays the same and, at the end of last year, the store switched brands again when the Soutars joined the Home Hardware group.

Peter is still positive and highly complementary about the 15 years spent as part of the Hammer family.

“There was a lot of strength and talent in the group,” he says. “There was nothing they hadn’t faced already so there was always someone in the group to talk to,” he recalls.

When we called to find out more about this hardware business that goes back decades, a cruise ship had just hit town and the store was so busy that Peter and Gillian initially didn’t have time to talk.

Indeed, in a short space of time, the tourists who disembarked would have just about doubled the local population and boosted Picton Home Hardware’s business exponentially.

Let’s hope and pray for more of the same in the coming years!