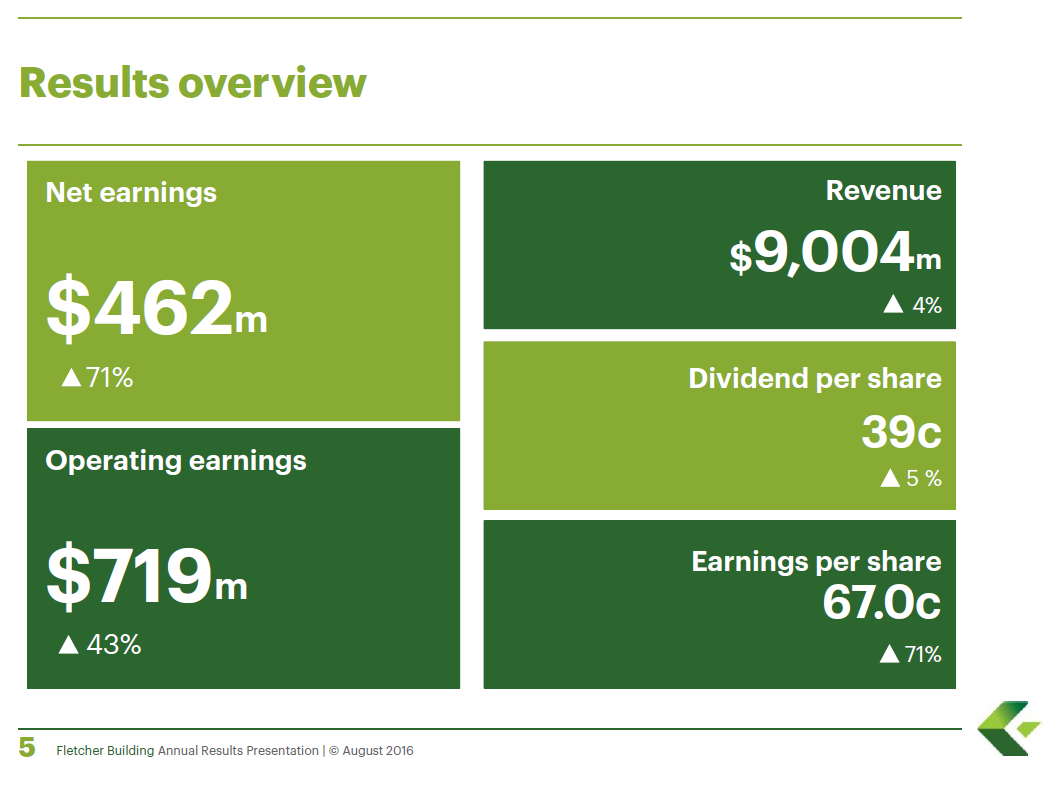 Fletcher Building's annual result for the year to end June 2016 out this morning (see the documents on the NZX here) showed a strong gain in net earnings, despite a drop in Australian revenue.

After last year’s disappointing result overall (see our story here), this year external revenue of just over $9 billion was +4% higher on last year. Some $362 million was from New Zealand revenue (+8%) but partly offset by lower revenue in Australia (–4%).

To break down the performances of the main divisions, on the whole modest top line performances with one exception (International – Formica, Laminex, Roof Tile Group) turned into decent gains at the bottom line: 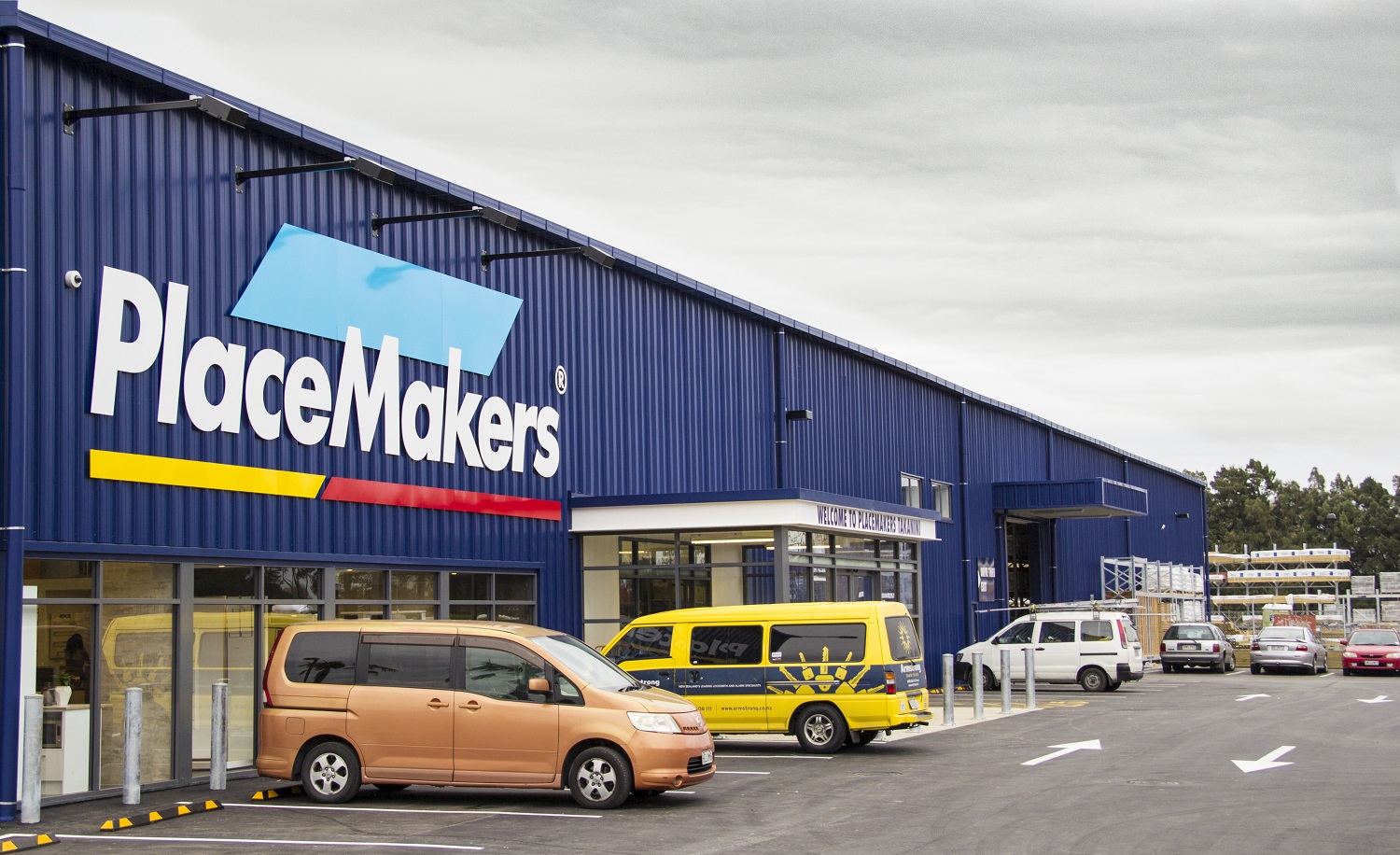 Turning to the Distribution division which now combines the previously separate New Zealand and Australian Distribution divisions – PlaceMakers, Mico, EasySteel, Pacific Coilcoaters and Fletcher Reinforcing in NZ and Tradelink, Stramit and Tasman Sinkware in Aussie – the latest result reveals another double digit gain in EBIT from a smaller gain in revenue than last year..

Within this grouping, PlaceMakers’ gross revenue was $1.2 billion (+10%), with growth in timber, frame & truss and concrete, as well as in “margin accretive” categories like kitchens and power tools.

Also within NZ Building Supplies, Mico’s gross revenue was +12% at $235 million, with strong growth in both bathroom and plumbing.

NZ Steel Distribution reported an EBIT of $44 million (+22%) thanks to strong market share growth from Pacific Coilcoaters, record volumes in Easysteel (now combined with Dimond) and efficiencies from Fletcher Reinforcing and despite steel prices which were at a 15-year low.

The Aussie Distribution businesses reported earnings of $47 million (+27%), of which Tradelink contributed $22 million due to a $14 million gain from property sales.

Having said this, Tradelink also saw a 2% like-for-like decline in revenue to $775 million following its “strategic reset” back to the small trade plumber.

In mitigation, it’s hoped adopting a new Customer Service Promise and customer loyalty scheme, along with 20 new stores in the 2017 financial year, should turn this around.