MITRE 10 TE KUITI KEEPS IT IN THE FAMILY 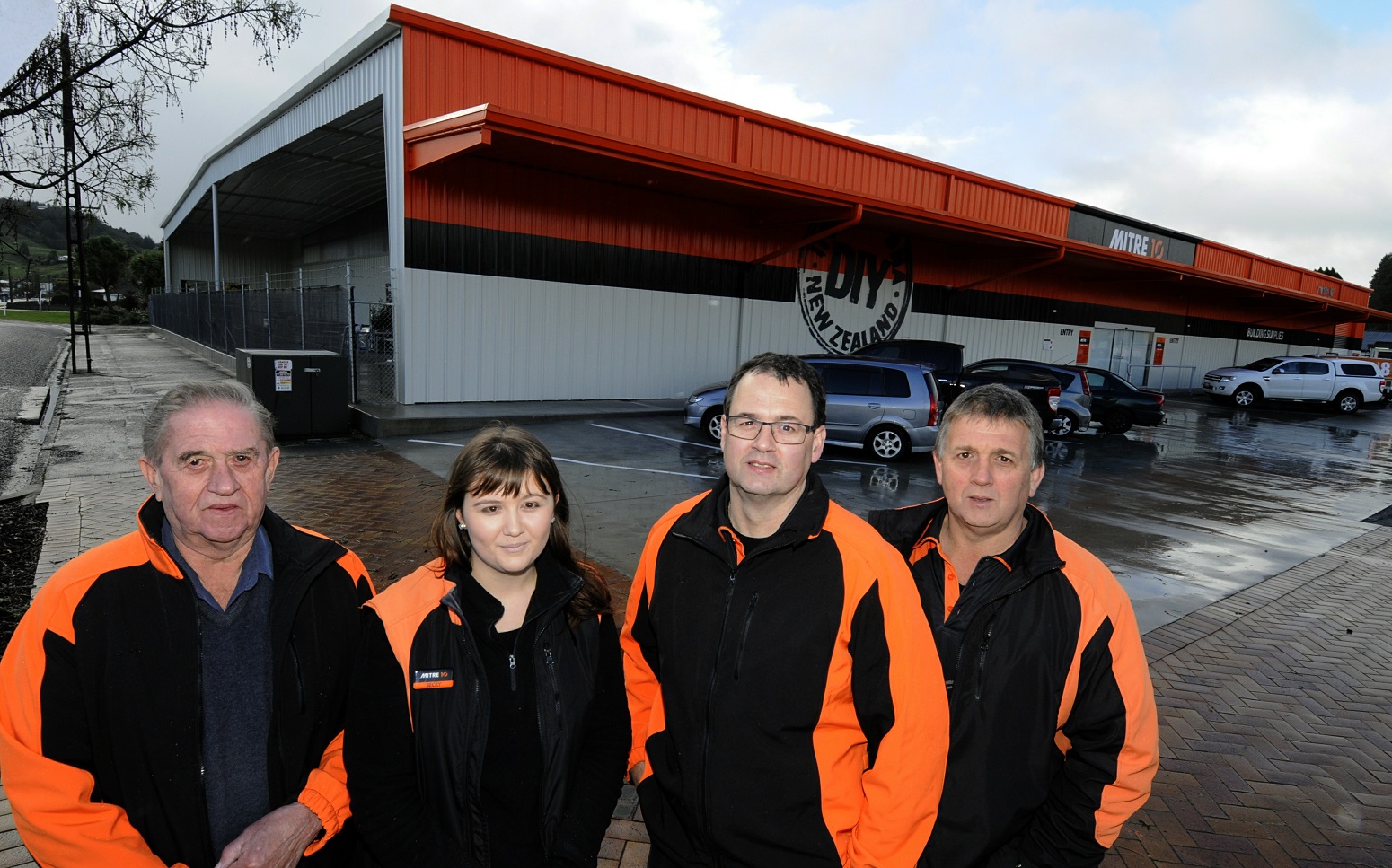 Mitre 10 in Te Kuiti may be getting an upgrade next week but it's still very much a local family affair.

One of Te Kuiti’s biggest commercial developments is opening next week with the completion of the new Mitre 10 store, more than twice the size of the existing location.

The new store boasts 3,000m2+ of retail space, with expanded gardening and trade offerings in the form of a covered trade yard and bigger garden centre.

Store Owner Vaughan Wheeler, who has owned & operated a Mitre 10 store in Te Kuiti for more than 20 years, believes that the new store is a win-win for both the township and Mitre 10, and will set the business up for the future.

A second generation Mitre 10 owner, Vaughan grew up doing chores after school in his dad Peter’s Mitre 10 store down in Taumarunui.

Keeping it in the family, this store, which opened in 1976, is now run by brother Kim.

A member of Mitre 10 since 1978, Vaughan's father not only told him about the opportunity to buy the Mitre 10 up here 20 years ago ("one of the best things I ever did,” says Vaughan), but he’s also been on hand to help his son get the new store set up.

The existing Mitre 10 store on Taupiri Street will be closed down and the whole team - plus four new staff members - is transferring up the road to the new location.

The new Mitre 10 Te Kuiti store will have its official opening this time next week, on 11 August.