How to nail it in frame & truss

To conclude our series on the state of frame & truss, we take stock with a major national operation in the process of remodelling itself and a major local player that’s investing in capacity. Steve Bohling reports. 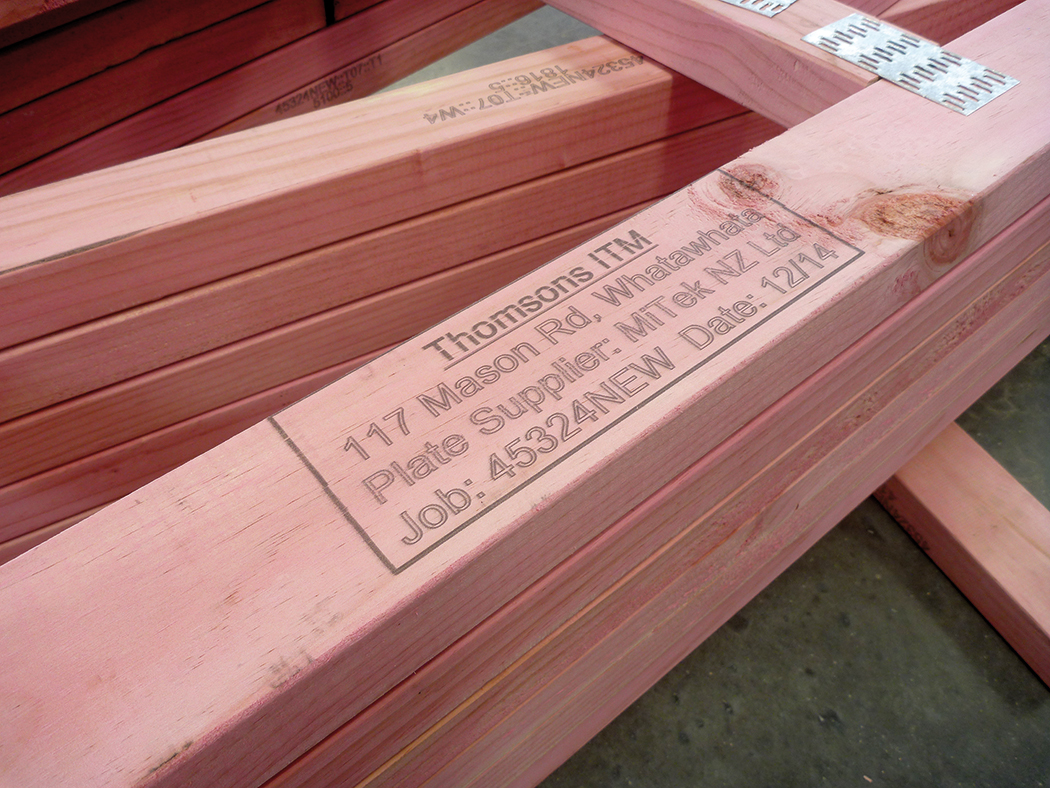 In the last couple of issues we’ve looked at changes in materials in frame & truss. We’ve heard about how prefabrication and panelisation may be one direction the F&T industry could evolve into. But that’s looking ahead.

To get a fix on where F&T is right here and now, we talked to two quite different operators with a common aspiration – to produce more, better and faster – namely PlaceMakers with its remodelled F&T network and national perspective and Thomsons ITM in deepest Waikato, a smaller operator that’s digging deep for the future.

So – how to do more with less? What about a shortage of detailers? What about LVL? How to make an impression in what some say is now a price-led, over-commoditised market? Read about all this and more in the following pages…

In December we were lucky enough to get together with the top people charged with transforming PlaceMakers’ frame & truss network from a disparate bunch of 23+ sheds into a coherent, modern, national network based around eight regional hubs (of which four will be brand new plants) with a standard offer and true economies of scale.

Over the last few years, explains Robert Grimmer, the plan has been to move away from branch-based plants which “varied considerably in scale, approach and professionalism” towards “manufacturing centres of excellence”.

To give you an idea of the work already done and planned for the network:

The idea is not to sell just on price but capability – that well-used idea of taking a stick of timber and turning it into a thing of value – it’s also about “planning for the upside”. 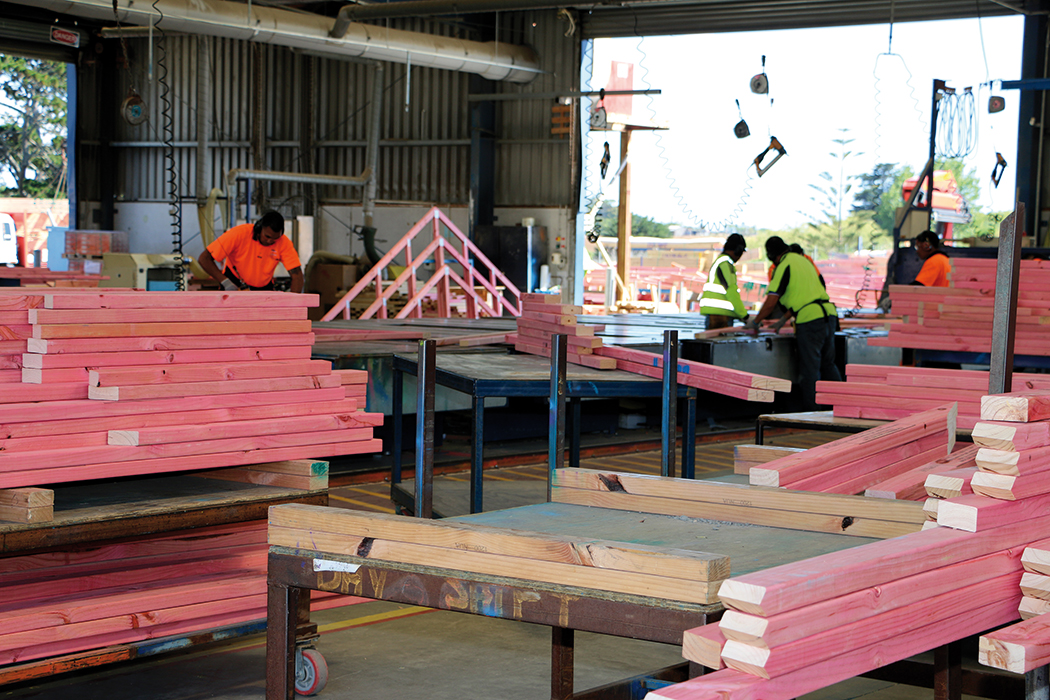 “With plants attached to a branch,” says Grimmer, “We didn’t really have a focus on manufacturing. Now we’re seeing F&T as a specialist operation, a dedicated entity involving training, people and equipment which works in conjunction with our branches.”

Changes to plant layout, workflow and equipment upgrades have already brought with them significant gains over the last handful of years. For example, 10 years ago the Wiri plant was outputting 450m3/week with 60-65 people on two shifts. Now it’s doing the same with 40 people in a single shift thanks to “tweaks”.

Take cutting: moving from a basic drop saw in the tens of thousands of dollars to a Razer saw in the hundreds of thousands of dollars not only reduces the manpower on that station but also reduces waste from 7-8% down to about 3%. From three million cuts a year on open saws, PlaceMakers’ new Razer saws are now making a mere half a million cuts, so productivity, not to mention health & safety gains, are obvious.

That last point is in addition to detailers remaining at store level by the way. Although technology means you don’t have to have all facets of the process under one roof, PlaceMakers recognised that the detailers are its F&T operation’s key interface with customers and that won’t change. Detailers will continue to be spread throughout the store network, although some may also work from home as independent contractors and even offshore in case of undercapacity.

However, experienced detailers are an increasingly sought-after commodity, says Robert Grimmer, so PlaceMakers is investing in training its own because, after all: “Detailing is a dying skill. If you Google ‘detailing’, you get people who clean cars…”

PROVING LESS CAN BE MORE

What about the rationalised network, given the typical builder’s “buy local, buy late” outlook? Although there will be a detailer with whom they have a relationship with in their chosen branch, Blake Bibbie says: “Feedback suggests PlaceMakers customers don’t really mind where it comes from – so long as it comes on time, on spec and good quality.

“After all, we don’t have a plasterboard plant in every town do we?” Still, he admits: “It’s a big piece of work to get across the NZ psyche of builders who think everything needs to be done in their back yard…”

Given PlaceMakers’ scale and coverage, it seemed reasonable to ask the team about panelisation, which some are pitching as the biggest innovation since the nail plate. Dean Fradgley immediately asks: “Is it helping the builder to build more affordable houses?” and “Does New Zealand have the scale for it?”

Still, the subject isn’t dismissed out of hand: “We are interested in panelised building,” says Fradgley, adding: “We’ve just got a question about whether it’s scalable…” The conversation carried on but suffice to say for now that standardisation around other components of a house may provide more interesting opportunities…

Summing up, when it’s all done and dusted, the number of PlaceMakers F&T plants may have shrunk by two thirds but actual capacity will have increased three- to four-fold. And the net result of all this?

With the network still to be completed, Dean Fradgley says PlaceMakers frame & truss is already outperforming the market with double digit growth rate compared to his estimation of the industry’s growth of 9-10%.

It’s probably fair to say that historically PlaceMakers has underinvested in F&T but that’s clearly changing… “We’re putting out money where our mouth is,” says Fradgley.

And, with the new promise of your frame & truss delivered in full on time or PlaceMakers pays the customer $200 a day affixed large to the outside of every branch, indeed they are.

THOMSONS ITM ON TOP IN WHATAWHATA

Until four and a half years ago, Thomsons ITM’s frame & truss arm operated out of a picturesque, semi-enclosed 300m2 legacy shed that was originally built for dryframe storage. Output was a little less than a house a day and even that meant “doing some hours” and working around a range of old fangled inefficiencies.

Recognising the firm needed to up its game, using space within the original Thomsons Whatawhata site, a brand new 800m2 shed was built. At the same time, machinery upgrades included going from manual to Spida CSS saws, which doubled cutting productivity, then a new MiTek dual rail press for assembling trusses, which lifted production again, while a semi-automatic framing machine was icing on the cake.

The housing market at that time wasn’t at peak health, as well we all know… Indeed Thomsons ITM Managing Director Mike van der Hoek says: “When we built the new shed, everyone around here said I was mad – what was I doing building a new frame & truss shed with the current state of the market? But I saw it as a great opportunity!

“With manufacturing plants shutting down around us, gaps are opening up in the market and you can get equipment at a very very good rate… Like any of these operations, low cost manufacturing is going to win the battle at the end of the day.” 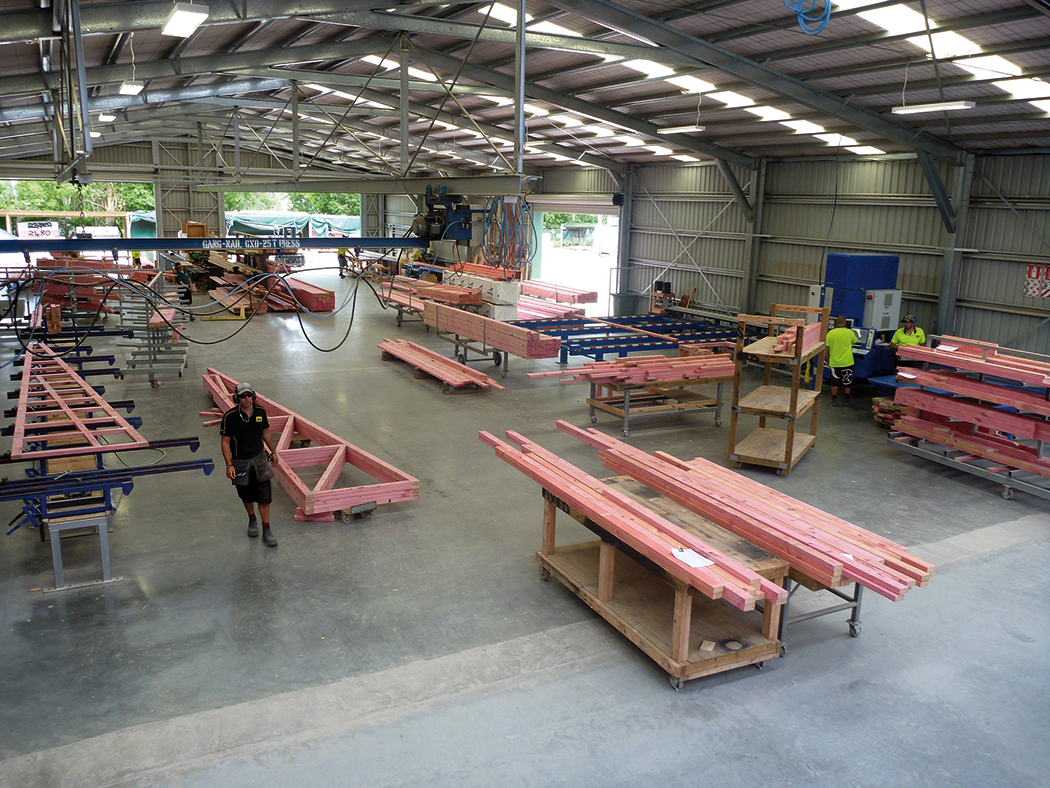 What was the return on investment? “With less people we were doing nearly double the production and with half the waste,” says van der Hoek, and all for just $70,000 of equipment.

Having tasted some of the fruits of this investment and, facing increasing demand, roughly 12 months ago Thomsons ITM further ramped up its commitment to frame &truss, spending another $700,000 dollars on plant and equipment, including a Razer V5 multi axis CNC controlled linear saw with assisted follower housed in a further 1,200m2 extension to the new shed.

Mike van der Hoek is pleased to report output has risen to “a couple of houses a day”, and that spending six figures on the saw alone was “very good value” – it will pay for itself in 18 months, even based on current production levels, he says. “Once you get to approximately 100 cubes of frames & trusses a week, equipment like that makes sense in a hurry,” he emphasises.

Then there’s the massive Robin roller press system that was bought for scrap money from the US and has now been recommissioned with automatic pucking – perfect for the local market he says, it puts out a truss every 3-4 minutes.

A LEADER NOT A FOLLOWER

In terms of productivity overall, the Thomson ITM MD says his plant’s productivity is “about double” that of the smaller ITM plants he’s benchmarked, adding quickly however that they don’t have a million dollar investment in plant and equipment or a 2,000m2 shed to work in, so it’s all relative to the return on investment they need.

There were a few sticks of LVL around the place when I visited the plant in December and it turns out that as much as 15% of Thomson ITM’s frame output is LVL, which is unusual in the North Island right now.

The Juken LVL product is “very good, a bit heavier and harder to nail but extremely stable and builders love it,” says van der Hoek, who is offering J-Frame LVL to some customers as a point of difference and a premium option, even though it’s hard to charge a premium in what remains a tight, even cut throat market.

Summing up, Mike van der Hoek says he is “pretty happy” with what he and his team have achieved. “I laughingly used to say that we were doing pretty well for a bunch of amateurs but we’re a little bit better than that!”

Aim high, he says: “I have always taken the view that if you’re small you will only every be a niche player and will only ever get to follow what the opposition is doing – and I don’t want to be a follower!”

END IN SIGHT FOR INVESTIGATIONS INTO “EXPENSIVE” NZ BUILDING? 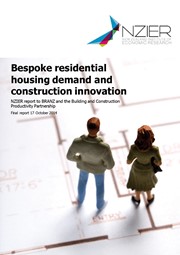 The Commerce Commission’s December decision in favour of Winstone Wallboards (see the Hard News section) came at the end of a year in which the building supply sector had been under a high degree of focused attention at a political level in the context of debate over housing affordability.

The use of volume rebates within the industry was under intense scrutiny by both politicians and officials of the public sector, many of whom, we’re advised, “struggled to understand that volume rebates equated with volume discounts that are commonplace in many commercial sectors”.

But fuelling attention on the supply chain was also a report of the Productivity Commission into housing affordability which claimed that residential building costs in New Zealand were in the order of 15-25% higher than Australia.

Subsequently however an independent study carried out for MBIE by economic research group NZIER found: “We did not find robust evidence to suggest the cost of building a house in New Zealand is more or less than in Australia.”

NZIER said that in the context of lower productivity, and possibly higher material costs, there is room to reduce build cost further in New Zealand through productivity gains.

Still, it added: “We should not start, however, from the proposition that the building cost gap is around 25% between Australia and New Zealand. The potential efficiency gains are likely to be much more modest.”

NZIER’s report noted important differences between the two countries in regulatory and building code standards. These included the use of double wall cavities in New Zealand for addressing leaky building concerns, double glazing of windows to meet energy efficiency requirements and the construction of foundations and structures that can withstand earthquakes.

You can read the NZIER report Bespoke Residential Housing Demand & Construction Innovation at the shortened URL below:
http://bit.ly/1zsetJ1