Are you ready to rumble?

There are plenty of opportunities in the plumbing category, but margins are tight and competition is fiercer than ever with major players all drawing up battle plans for the year ahead. Jess Brunette reports. 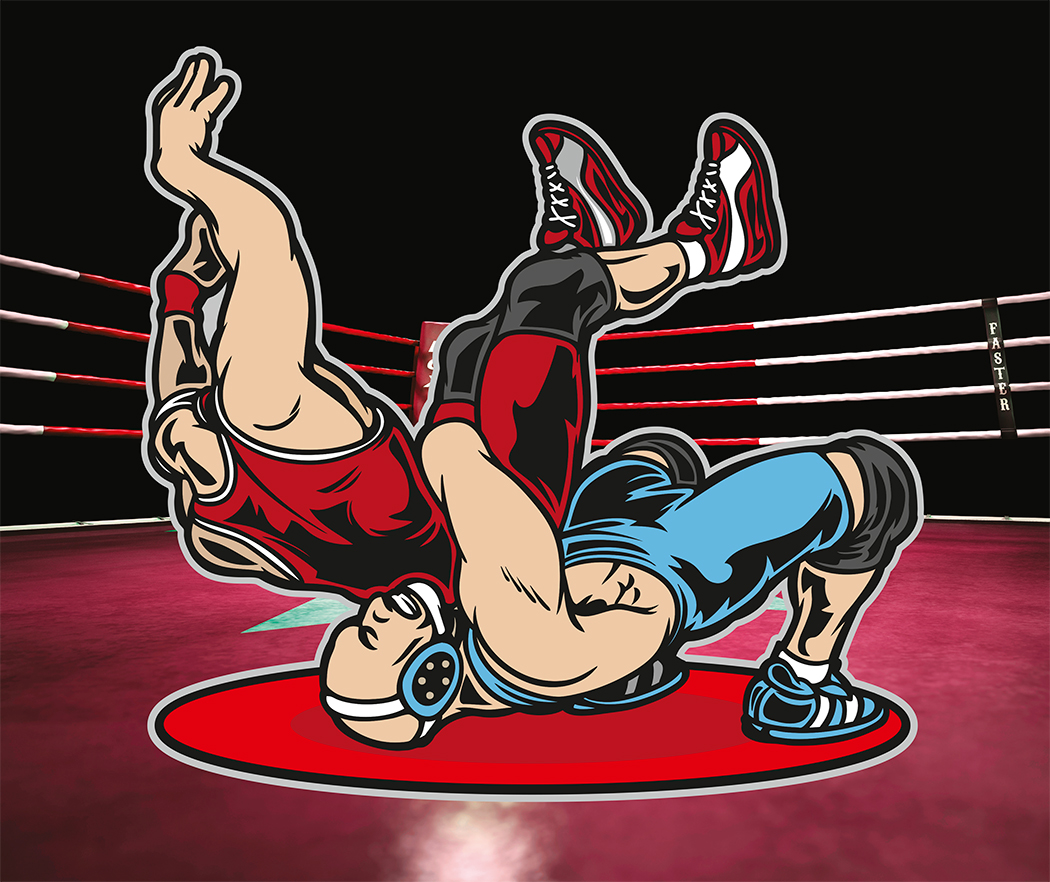 Foreno’s John Doherty shares the belief of many players in the wider hardware channel that the notion of a “rock star economy” that has been bandied about is an exaggeration brought about by the obvious activity in Auckland and Christchurch.

That outlook should be tempered instead by a realistic view of business through the whole country with some areas up (Bay of Plenty, Hamilton) and others described as quiet or “pretty average” (Hawkes Bay, Otago).

“Talking to people in the industry, it’s not setting any records for many. We have had growth, and building consents are up but overall it’s steady. There’s all this talk about the market being up, and flat out and it’s obviously much busier in Auckland and Canterbury but, overall, the market is steady and improving,” says Doherty.

In terms of style, Doherty says a round edge or soft square aesthetic continues to be a dominant trend with some black tapware beginning to make headway for people who want a change from chrome finishes.

THE PITFALLS OF GOING DIRECT

There have been instances recently of larger scale developers looking for low price rather than quality and dealing direct with overseas suppliers when it comes to tapware. Some feel this will turn out badly in the longer term.

Does John Doherty share these concerns? “There are also more large apartment developments where the developer will bring in tapware directly from offshore, cutting out the New Zealand distributors,” he says.

“There are a lot of low cost imports coming in that do not meet New Zealand standards that our products meet or exceed and unfortunately those standards (AS/NZ 3718) aren’t law or regulated in New Zealand.”

But is all fair in love and war if there are no measures in place to prevent this kind of activity?

“Well, they think they will save a dollar going offshore and buying directly – and they might, initially – but, when the poor owner of the apartment needs to replace a part or needs help with a tap in the future, they can’t get it because it hasn’t been purchased from a local supplier,” Doherty explains.

Roger Marty at Felton has a familiar tale to tell in terms of the market with the last 12 months “pretty much in line with the last 5-6 years” with the best business for Felton coming from its shower mixing products.

And while he reports a 10% increase on the previous year the main trend Roger Marty has noticed is a continued decline of margins.

“Our retailers are under a lot of pressure and are after bigger rebates and lower buy prices,” he says.

“And, in line with that, some of the retailers are becoming some of our biggest competitors as is the case in a lot of markets. So we are trying to work with our retailers through house brands and exclusives and trying to increase their margins so they don’t put us under so much pressure.”

LOOKING TO THE HIGHER END

Tony de Ruiter from Athena and Clearlite has, like most others, done well in the two main centres, although he agrees that Christchurch is beginning to “soften a little” and, while Central Otago and Nelson have begun to pick up, other regions have been “fairly ordinary”.

Areas of strength for de Ruiter have been in the higher end of the shower market which has managed to keep its feet well clear of the low-spec Chinese imports that de Ruiter admits may have nibbled away at some of the Clearlite brand’s mid-range market share.

The mid- to high-end Athena range has also done well with baths that provide the right balance of luxury and functionality, particularly for the smaller spaces allocated for bathrooms in many new builds.

“We introduced a whole lot of freestanding baths a couple of years ago and one in particular went so well that we made a smaller version,” says de Ruiter.

“So freestanding baths are a definite trend but we found that a lot of people are putting them into spaces that are too small for them and that’s why we introduced a back to wall bath which is not cheap by any stretch but we have been blown away by the success of it to the point where we haven’t been able to keep up with demand.”

STAYING OUT OF HOT WATER

Parex’s Barnaby Thompson is another to talk candidly about the tough nature of the market, but adds that Parex is finding strong support among the builders doing 10-12 homes a year that make up at least half of New Zealand’s housing market.

“Like most in this space there are still opportunities out there but it’s still hard and it’s difficult for us to crack the group home builders to be honest because they are tied up with various national contracts,” Thompson says.

One area that might help Parex get into the group home market in future is its EcoSpring heat pump water heaters (see sidebar), that offer significant savings for power usage over the long term.

“EcoSpring is getting traction out there amongst sustainable building projects like the Hobsonville development and that has seen more interest come in from the group home builders especially in areas where there is no gas,” Thompson says.

With the suppliers battling it out for market share, how is the plumbing market going for one of the larger specialist merchants?

Mico General Manager Bryn Harrison is positive: “Like everyone in the industry we have benefitted from some good activity. Our volumes are up, though our margins have been tight, and that environment is tightening all across the industry.

“So while we have all looked at growing volumes I would say the market has become more competitive and that’s just making us work harder to retain the market share we and our suppliers are looking for,” he says.

For Mico, working harder has meant trying new things like changing its business model, with co-located stores in several PlaceMakers across the country as well as initiating the Mico Service Promise nationwide (see sidebar).

Harrison admits that the co-location initiative has been a learning curve for Mico but that it has proven to be a valuable experience for Harrison and his team:

“With any new venture you don’t get everything right first time and your latest one is always your best but one of the things we have learned is to really get that balancing act between a seamless in-store experience and leveraging that wider network,” he says.

The chance to build a co-location from scratch with the recent Taupo store was a valuable opportunity to gain an understanding of what works best in terms of store format.

“We learned a lot from the Taupo store and will continue to learn more,” Harrison says. “We are getting better and better at [co-located stores] and the customer feedback is getting better too but every time we do one we realise more and more that you have to pick your right offer for the right market.

"Co-location is not for everywhere but it’s got its place and we’ll continue to put a few more into the market where it makes sense.”

The aforementioned Mico Service Promise is also in its early stages (the initiative launched June 29) but Bryn Harrison is pleased with the results so far.

“We wanted to put consequences in place behind as many promises as we could. So if we don’t have what you want when you need it then we will back ourselves and there is a consequence of failure and if we make a mistake we will be accountable for that and try to make it up to you with a free lunch,” he says.

Mico has also been trying to improve communication with its customers at the shop front. “We now have a board in every store that writes up performance. For example ‘today we are 99.2% core product in stock and 99.9% in accuracy’ so we are virtually able to turn the monitor around to the customers and show them a real time view of how we are going,” Harrison explains.

These measures have seen Mico stores up their game and have generated great responses from suppliers: “For the customers it’s gratifying as there is an element of accountability and communication. Suppliers have approached my team and said ‘we like what you are doing here, how do we participate in this as it’s a bit different and we want to understand more.”

Bryn Harrison adds that the new initiatives have also been an attempt to reach out to customers at all levels: “We designed a lot of the consequences deliberately so that it didn’t just go to the business owner, account manager or company director.

"So it’s about recognising that the tradesperson on the tools is our most important customer, be they a business owner or not, as often it’s those guys and gals making a call on whether they turn left into our driveway or right into the opposition’s. And we may have been remiss in the past in paying enough attention to the people with the tools,” he says.

WHAT ABOUT THE PLUMBERS?

Talking of the people with the tools, Master Plumbers, Gasfitters & Drainlayers NZ’s Greg Wallace says Auckland and Christchurch are still the obvious touchstones for his members with commercial activity just kicking off in Christchurch to balance the residential.

“The Justice Precinct and the hospital are both 3-4 year projects for our members and will require up to 50 staff members over that period so there will be a lot of demand for tradespeople in those areas but we don’t see a lot from areas that are a little quiet like Taranaki.”

Other key areas of concern involve changes to legislation, with Worksafe requirements top of mind for Wallace’s members.

“We believe these changes have added a cost of around 5% for commercial work. Our view is that we have to protect our workers and make sure they come home safe every day. And there are some problems with the legislation that could be worked out, but what cost is a life?” he says.

“The other problem is there seems to be an industry set up to make profits around this. So our members are complaining that, instead of having centralised courses that can apply across all the major construction companies, they have to do five of the same courses.

“This really reeks of profiteering with some requiring retesting every two years. So my members are saying ‘When I get my certifying plumber’s licence I don’t have to reset the test every year so why can’t I do a refresher course rather than redo some of these courses every time?”

Wallace is also concerned that new consumer protection measures requiring mandatory contracts for residential building work costing more than $30,000 may not have been communicated well enough to his members.

“There’s no problem with the legislation change itself but the way that this has been communicated to the trades that this really is a requirement now seems to have really fallen down.”

So, whether you’re a supplier, a merchant or a plumber, although the cost of business is always rising, it does seem that the plumbing market has been seeing some good numbers, thanks mainly to the buoyant Auckland and Christchurch markets.

Still, tightening margins and stiff competition mean that those players in this category who don’t have a strong plan of attack might just be left behind. So – what’s your plan?