“We are one” Optimising the owner-operator model

CEO at ITM for some six months now, Scott Duncan found time to catch up and tell us about how this corporate-turned-cooperative player is going. Steve Bohling reports. 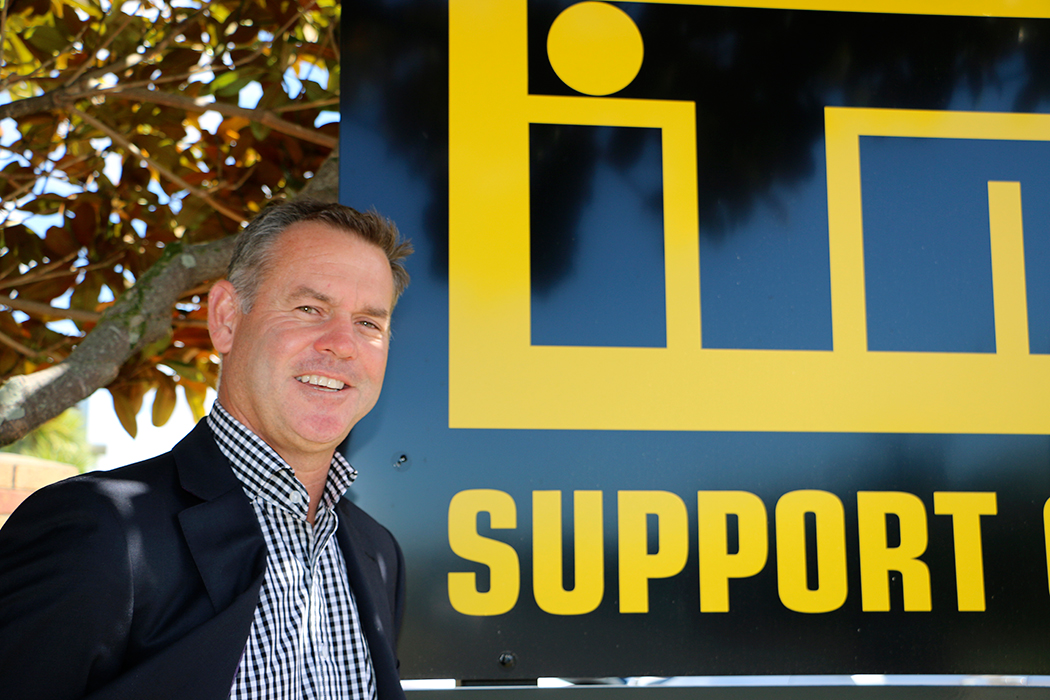 Scott Duncan came to ITM last year out of Fletcher Building, having accumulated what he calls “a really good grounding across all the elements of building materials retailing”.

After uni and summers spent working on building sites, a spell at PriceWaterhouseCoopers preceded a dozen years with various Fletcher Building companies, including a “good stint” running Gerrard Roofing, and at PlaceMakers initially in frame & truss as GM Manufacturing and then as GM of Merchandising & Marketing.

Tough question: what does Scott Duncan bring to his new role? “I bring a focus on doing the simple things well,” he says, adding that his top priority is “keeping the focus on the needs of the stores, their shareholders and their customers” (of which more below).

FROM CORPORATE TO COOPERATIVE

Scott Duncan speaks highly of his time at Fletcher Building’s “university of business”, but he nevertheless jumped from working for a large corporate with a track record of investing in people to a cooperative with a highly effective, yet modest, infrastructure.

What’s his outlook on making the switch? “I had watched ITM for a long time from afar. It had proven itself to be the little engine that could. It’s come from humble beginnings to become one of the big players in the trade business and I think that is something that people are now taking notice of – it’s been an impressive journey!

“So the chance to leave the corporate and go and join a cooperative like ITM was really too good an opportunity to turn down,” he says.

Was it a leap of faith? Did he see the shift as a risk? “Certainly not a risk. I have grown up with small businesses where people are actively involved, day in and day out...”

Plus, he adds: “Working with the JVs at Fletcher’s was an environment that I really enjoyed. So coming into a cooperative wasn’t something I worried about. I love the entrepreneurial drive of owner-operators, the honesty and the openness that you get with someone who has a business to run and is out there making sure that their best interests – and their customer’s – are looked after.”

Whilst certainly not disrespecting how former employer PlaceMakers goes about its business, Scott Duncan nevertheless says of the cooperative model: “It’s a business model that I think is a lot cleaner, more honest – you can make decisions a lot quicker so you can move on and get stuff done.”

HAPPY IN A SUPPORTING ROLE

We met at ITM’s long-time Support Office, North of Auckland. As mentioned earlier, “support” is the key word here, as far as Scott Duncan is concerned. The bottom line for the new CEO is: “How does Support Office create value for our shareholders and their customers? We will always be a Support Office, secondary to the stores.

“The money is made at the stores. We help them make money. And we can never move away from that – this will never be a National Office or Head Office, it will always be a Support Office,” he emphasises.

“I’m not here to shake ITM up – this thing is not broken! Gordon’s time on the tiller was very good for ITM and I am coming into a business that is in a really good place. So it’s just about carrying that on and focusing a bit more on shareholder value over time, but we won’t be moving away from our fundamentals, which is that this business occurs in and around the store, not out here at Support Office.”

Scott Duncan talks of ITM entering a third phase, the first being its establishment, the “great idea” and “common purpose” (being able to buy better). The second phase mirrored Gordon Buswell’s tenure during which the brand was firmly put on the map and marketed.

“Phase three”, according to the new CEO, definitely still involves being a buying group and continuing to build the brand, but it’s also about delivering value to the shareholders, regardless of where they are in what Scott Duncan calls their “shareholder lifecycle”.

A big part of this value creation mandate, with ITM’s quarter century next year top of mind, is supporting the shareholders’ business goals as well as their personal plans, which may be very different depending on where they are in the shareholder lifecycle – be they 24-year veterans, established members hungry for growth, or newcomers.

To encapsulate all this, “ITM ONE” has been created; this is an internal framework whose intent is to pull together a set of shareholders services to match the different stages of the shareholder lifecycle. It’s expressed as follows:

“If you are new, we will help you come on board and get you up to speed as quickly as possible. We will provide the mentoring and assistance to make sure you get into a strong position as quickly as possible. If you are starting to think about succession or retirement, then we will provide services which help you do that and provide the best possible multiple as you move out of ITM.”

In this respect there is also a lot of emphasis being placed on bringing in the next generation of ITM shareholders, who will come from both within and outside of the cooperative, and setting them up so they will do well.

“A lot of people want to join ITM [but] there are some hurdles to doing that. We want to be able to remove those hurdles and allow these entrepreneurial owner-operators to come on board and also make sure that those shareholders who have been with the business for a long time get a good reward for that!”

“Phase 3” for ITM is all about evolution not revolution: “We are taking things that are already in existence and bringing them together, tightening them up and making them more overt and easier for shareholders to access. It’s about working more closely together on a peer to peer basis, identifying and then working on issues specific to that individual shareholder.”

After all, says Scott Duncan:

“We are all the same but different and that is the beauty of ITM – we are the same in terms of the offer we take to the market and the way we treat suppliers. But we are also different in terms of that entrepreneurial spirit and the way each ITM has customised itself for its local customer base and we don’t want to lose that – that’s the essence of ITM.

“ITM truly is an independent merchant that works owner-operator to owner-operator, both with customers and suppliers. That’s our point of difference: every ITM is run by people who have deep relationships and a really deep understanding of how things work in the building industry – and that stuff is gold!”