SEARCH FOR THE BEST KIWI PAINTERS

A round-up of events, issues and newcomers, at home and abroad, in painting & decorating. 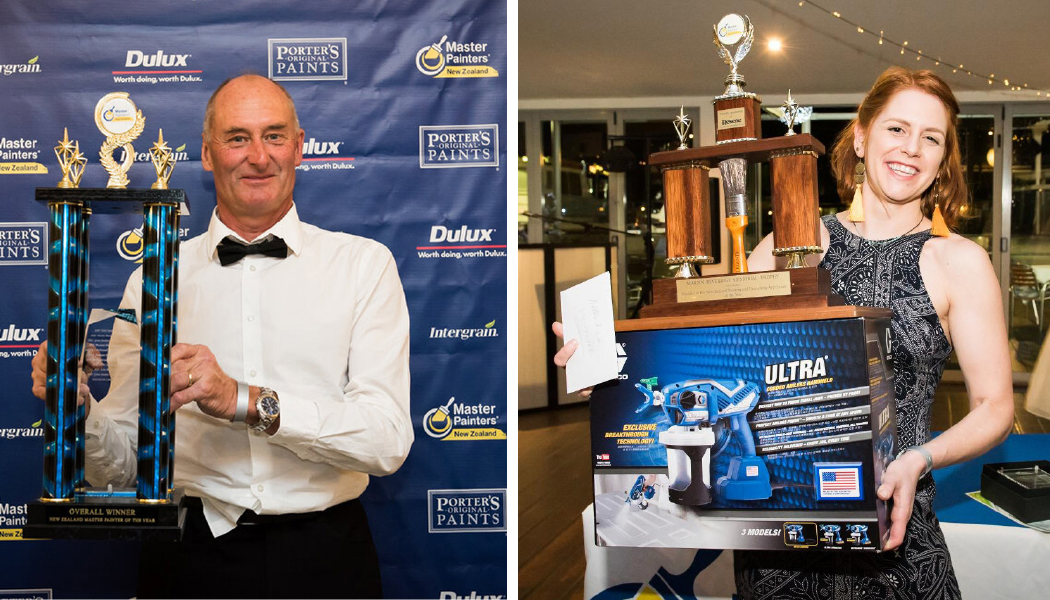 Master Painters New Zealand headed off to Australia’s East Coast for their 2019 conference and Master Painter of the Year Awards.

Master Painters’ CEO, Brian Miller, reports that it was a wave of new Awards entrants (and Mainlanders to boot!) who “provided a fantastic challenge to the established entrants”, and in so doing took away many Awards.

The year’s major winners were:

The overall title this year went to “a first-time entrant who put up some of the best work we have ever seen. The quality of workmanship presented this year was simply marvellous and we congratulate all of you all of you who had the courage to put your projects forward,” says Brian Miller.

2019’s Master Painter of the Year was Gavin Lambert and Gavin Lambert Painting & Decorating of Nelson (photo top left), which received the highest points ever awarded for their “once in a career” entry whose every element was “just right” and the end result “bang on”.

“A combination of beautifully finished surfaces, all carried out through traditional brush and roller techniques, combined with high quality wallcoverings and some very confined spaces (still not sure how anyone fitted in some of the light wells) resulted in the highest score ever received in the Awards history,” said the judges.

The competition for the New Zealand Apprentice of the Year was also “simply amazing – what a fantastic group of people with amazing skill and talent,” says Brian Miller.

Encouraging and retaining such a pool of skilled young people is vital to any industry and, says Brian Miller: “We encourage all of our members to put forward the excellent candidates they have for the four Regional Apprenticeship competitions coming up in mid-2020.

“We are truly excited about this aspect of our Association’s activities, and believe it can only be to the greater good of the industry. This is a trade of excellence and, between the Master Painter of the Year Awards and the apprentice platform, we are both celebrating and showing this is a fact.” 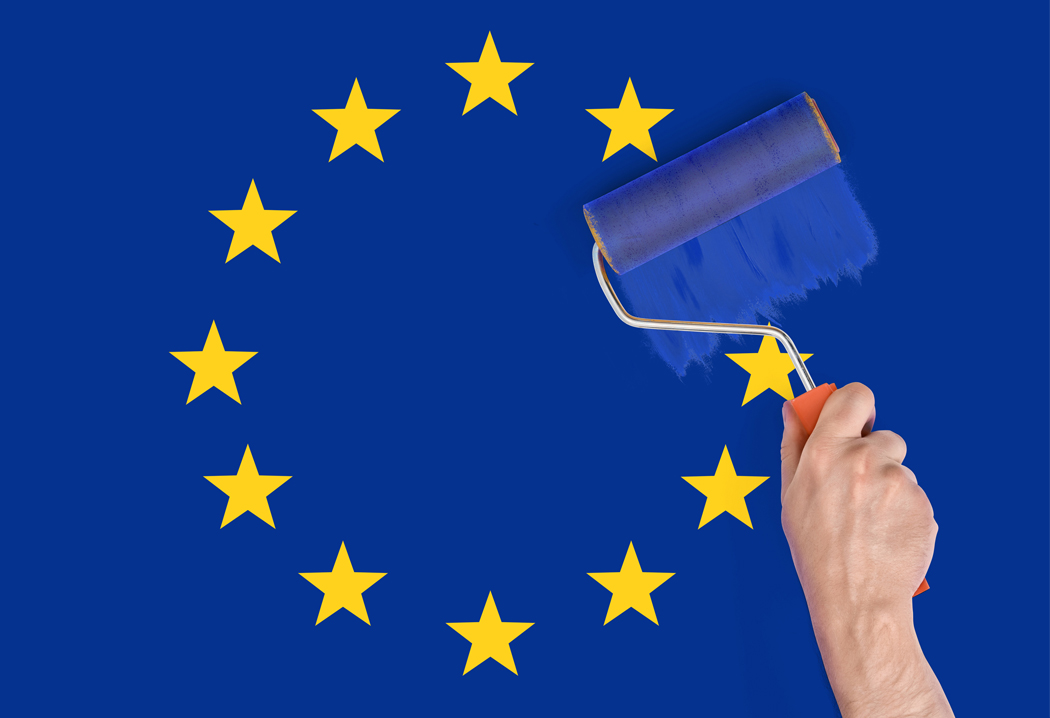 What does Brexit have to do with paint?

Plenty, in a word. And it’s as much about the alignment of regulations as it is about issues of free trade or otherwise.

Following a recent survey of its members’ Brexit concerns in early October, the British Coatings Federation (BCF) says over 80% expressed concerns over new UK chemical regulations which would be needed in the event the UK does not have access to the European Chemicals Agency (ECHA).

Almost 90% wanted the UK to stay within EU REACH (Registration, Evaluation, Authorisation & Restriction of Chemicals) and the EU regulatory framework while 83% wanted to see regulatory equivalence between the UK and the EU for chemicals.

Other major concerns included the cost and availability of raw materials, and tariff and non-tariff costs relating to additional bureaucracy and administrative costs related to a harder or No Deal Brexit.

When asked about longer term impacts, the number one issue was concern at possibly “being treated as a third country” by ECHA, which would require the UK to have its own duplicate system to register chemicals.

Other concerns listed were the possibility of reduced trade with the EU, how to deal with the UK being a less attractive manufacturing base and additional costs of doing business.

One may be forgiven for asking who actually voted to Brexit in the first place, when you see that over 90% of BCF members surveyed still want tariff-free access to the EU market and free movement of goods?

In anticipation of a No Deal Brexit eventuating, the BCF says close to 80% of members surveyed had built up their inventory of raw materials, 60% had already been working through contingency plans with logistics suppliers and around the same number said they were confident they could adapt their supply chains if it comes to a No Deal Brexit. 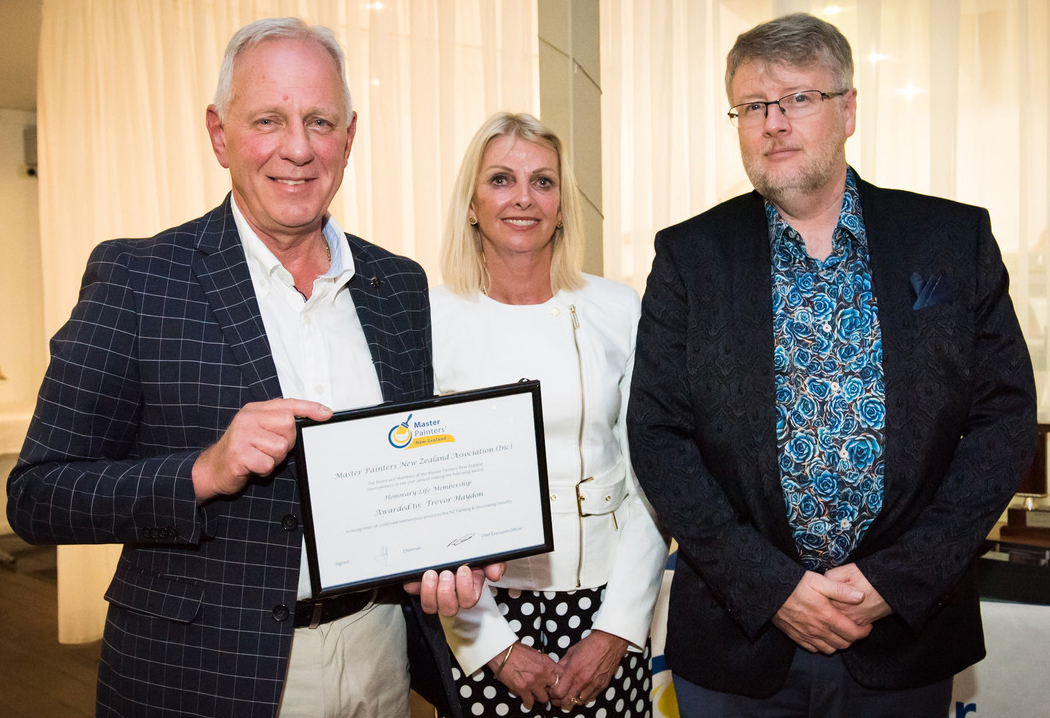 For services to painting…

During conference, Trevor was “surprised and extremely honoured” to receive an Honorary Master Painters Association Life Membership “in recognition of continued tremendous service to the New Zealand painting and decorating industry”.

During Trevor’s acceptance speech he thanked all the members for their support over many years, indicating without this support the company would not be where it is today. 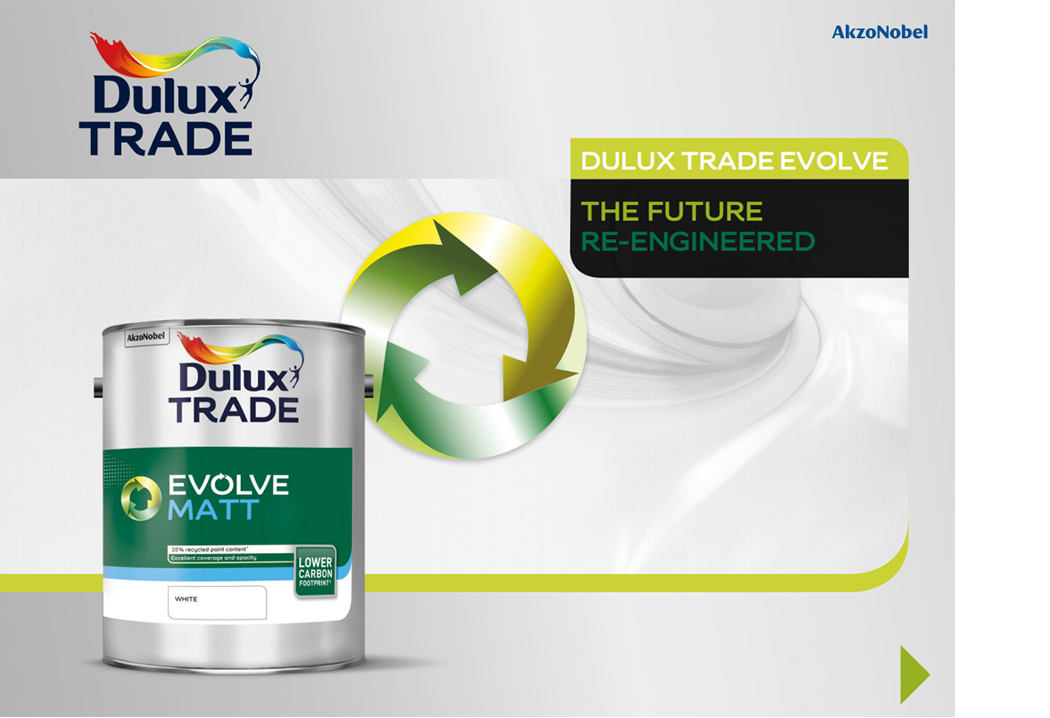 Dulux Trade to offer recycled paint in the UK

AkzoNobel’s Dulux Trade brand (no relation to Dulux Group down under) has become the first major paint brand in the UK to launch recycled paint.

In partnership with water, waste and energy management solutions specialist, Veolia UK, Dulux Trade has created a matt emulsion for interior use that’s made from 35% recycled paint, reducing the carbon footprint of each litre of Evolve paint produced by more than 10% compared to non-recycled product.

Dulux Trade says that the initiative is designed to help reduce the millions of litres of paint being sold every year in the UK that end up in landfill or are incinerated.

Branded Dulux Trade Evolve Matt, the recycled paint is made from white paint that’s left over in tins (of any origin, we believe) which Veolia extracts and reprocesses at its recycling centres.

Veolia collects leftover white paint from household waste recycling centres and takes it to a remanufacturing plant, where the paint is refined and filtered before being transported to a manufacturing facility where it is combined with new paint, re-engineered and extensively tested for quality.

Available in matt white only for now, Dulux Trade Evolve was scheduled to become available starting in late October.