Almost 50 years since the genesis of Mitre 10 in this country, and
already 15 since the first MEGA, new CEO, Chris Wilesmith, is charged with establishing directions for the co-op’s next decade. 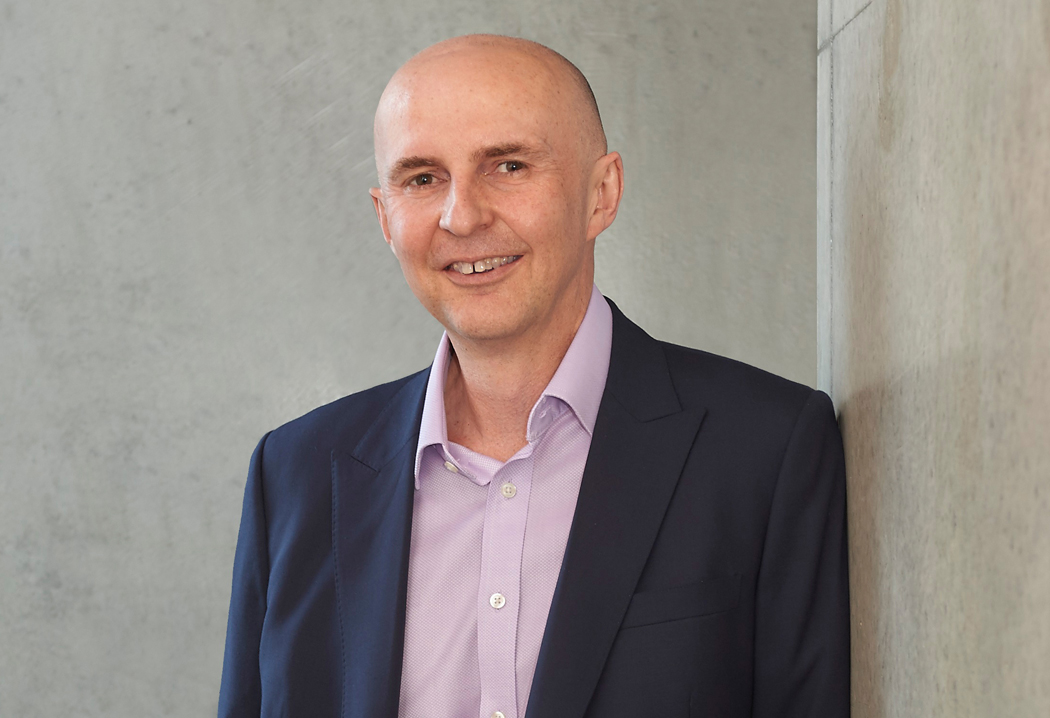 Since then there’s been a lot of chatter about change at the co-op, more precisely about the new CEO’s ability to create an environment that welcomes change.

To set the scene, and to unashamedly quote from Chris’ New Year post on LinkedIn, read the following as an indicator of his leadership style:

“Our responsibility is to help our teams thrive as we disrupt. The power of positive leadership can make anything happen … One of the simple ways to transform ideas and visions into results is to share and create with your teams. Then watch the magic happen.”

More of which anon.

For those who haven’t yet checked out his form on LinkedIn, of his 30 years in retail, before joining the Kiwi co-op, Chris Wilesmith spent the last 14 years at Supercheap Auto.

You’d say the Supercheap Auto team was successful, having taken the business from a couple of hundred million dollars-worth of turnover to well over a billion, from negative to positive like for likes and from 100 stores to 330 in a marketplace experiencing significant change.

Moving from ops to merch over time, his earlier career comprised six years as General Merchandise Manager at Supercheap Auto, after 13 years in various roles at Woolworths, before which he lists five years at Dick Smith Electronics as National Merchandise Business Manager.

As I hear more about where he’s from in a business sense, Chris talks about key business and leadership lessons he’s learned along the way.

The first of several “light bulb moments” during his formative years in retail came when he was a trolley boy.

A humble role, one might say? Not a bit – his manager said he had one of the most important jobs in the store! “Without clean trolleys in the bay,” he said, “we won’t have customers pushing the trolleys, filling them with goods and getting to the checkout and then to their car!”

Says Chris today: “As a leader, that was a ‘light bulb moment’. And I thought, whatever you do in life, how do you make the people around you feel important?

“How to give them a sense of purpose and actually understand what it is they are doing and how important it is for them to actually do that?”

“The team is at the heart of everything because delivering a customer experience is so not about the leader – it’s actually about what each person does.

“I say the team are the number one in the organisation. Second is customer.

“And I’d say if the team aren’t enabled with great systems, the tools that they need, aren’t really engaged in being part of something bigger than themselves, in an environment where they can’t be comfortable during a bit of downtime, you’re not going to get a great customer experience.”

It’s pertinent to outline some of the other key professional inspirations and mentors which also inform how Chris Wilesmith goes about business to this day.

Whilst at Woolworths, for example, he cites the influence of Roger Corbett, then Managing Director of Big W (who gave Chris opportunities he admits were “probably well beyond my capabilities at the time”), as well as Woolworths Merchandise Director, Dick McMorran (a “formidable” merchant).

I think we’re DIY today [but] I think there is also a very big DIFM customer right there now. And I have no question that they’re going to be even more hands-off in the future

These two iconic retailers and many others generously taught young Chris Wilesmith what it takes to be successful, the latter particularly introducing him to the importance of partnering.

In a successful business, he says today: “You have partners that understand you. They understand your strategy and actually it’s an equal meeting where you’ve got positive and negative tension that absolutely pushes you as hard as you’re pushing them and allows you to have tough conversations as much as celebrate success.”

In those early years, Chris also counts himself lucky to have worked with another “very great retailer”, by the name of Greg Foran, who would go on to head up Walmart USA and who, of course, is the new CEO of Air New Zealand. They remain in touch to this day, Chris says gratefully.

FASCINATED WITH THE CUSTOMER

Consistent across all Chris Wilesmith’s various influences is a “fascination with the customer” and this will, inevitably, also inform his time at Mitre 10.

The path to success is through “understanding what it is the customer wants that could add value and actually provide it better than anybody else can.”

And, in the context of Mitre 10 and home improvement, he believes that the time is “ripe for leadership in the understanding of what people want done for them right now.”

So, with a stated brief to formulate a 10-year strategy around the shape the cooperative needs to take for the future, where to next?

Significantly extending the range of products online (“endless aisle”) will further strengthen Mitre 10’s online offering, not to mention extend the reach of the average Mitre 10 or Hammer Hardware store.

The physical environment is another area of focus. “You can no longer just lay out a store in terms of categorisation,” he says, recognising that a growing number of consumers are actually seeking a solution rather than just a tool or product.

“Today does a customer come in shopping for a screwdriver or do they come in with a project in mind?

“My argument is that they’re not shopping for a screwdriver, they’re shopping for something to help them provide a solution that’s going to fulfil something they’re wanting to do.”

We talk further about the emergence of Do It For Me (DIFM) among consumers with other and better things to do than DIY, and the concept of a subscription rather than an ownership model.

Take, for example, Mitre 10’s garden offering: “We sell pots, we sell growth components. And in a DIY world, someone would have come and got all of that and they would have done it themselves. My question today is, actually do [consumers] want to do it all themselves?

“I think we’re DIY today [but] I think there is also a very big DIFM customer right there now.

“And I have no question that they’re going to be even more hands-off in the future.”

Talking of which, in 10 years’ time, Chris believes it’s “highly likely” that more and more customers will want a consultant-like relationship and they’ll say: “I want a green garden, what can you do for me and then actually please maintain it for me.”

So – selling services, as well as product? Is it full steam ahead for Mitre 10 and DIFM?

Chris Wilesmith’s considered response? “There’s a fine balance between category and occasion, but I’d just say we’ve got to be very clear about what our box is today, what it needs to be in 10 years and how we actually move towards more experiential retail.”

Work in progress, in other words, but it’s still clear that Mitre 10 and its new CEO are looking hard at the future and at different ways of doing business.

Having said this, it’s equally clear from talking to Chris Wilesmith that it’ll be a process of evolution rather than revolution.

First, the business ain’t broken: “Look, it’s a great business. Over 45 years it’s grown from a few people sitting around talking about a business that might be through to now being over $1.6 billion, another 9% growth year on year. And I think you’d have to say that’s a heck of a foundation.”

But building on this “heck of a foundation” is what he’s there for.

And in terms of the how, Chris talks about “moving the dial forward one percent” at a time: “I don’t believe in ‘big bangs’. I’m not someone that moves rapidly with a radical change.

“We’ve got a very healthy business as it stands. It’s not broken, but we’re also hearing a desire from the members to be better now and to be even more successful in the future.

“The team broadly, in this office or the team that I’ve met out in the field, are a family business and they are connected as a family. And we’ve got people who are really passionate about being successful.

“Their passion is for their business, without doubt. But they’ve also got a passion for what they would like us to be in the future – more successful!

“And the one thing I’ve known in my journey, it doesn’t matter whether it’s corporate or co-op, [if] you’ve got passionate people, anything – anything – can be achieved.”

Read all of our Hard Talking sessions with the hardware channel's captains of industry here.