Current hardware pillar GM Merch, Annette Welsh, succeeds CEO, Mark Laidlaw, when he steps down at the end of April. 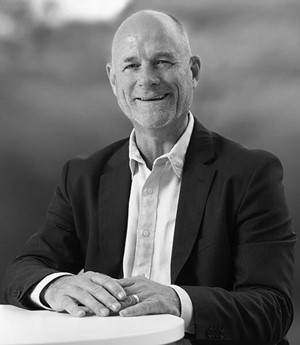 On Friday last week, Metcash announced that Mark Laidlaw (left) will retire as CEO of its hardware pillar at the end of April.

The forthright outgoing CEO and “champion of the independents” has spent 10 years in the role, having joined Metcash following the acquisition of Mitre 10 Australia in 2010 (see his Linkedin profile here).

Metcash Group CEO, Jeff Adams, says: ”As CEO, Mark has been instrumental in the growth of our Hardware business, including the successful acquisition of Home Timber & Hardware in 2016 and the subsequent formation of the Independent Hardware Group (IHG). We thank Mark for his significant contribution and wish him well for the future.”

The incoming CEO brings with her 30+ years' experience globally across retail, wholesale and logistics including senior management positions with Marks & Spencer in the UK and Asia Pacific and IBM.

Metcash's Hardware GM Merch for the last four years, prior to which she was GM Ops, Annette joined Metcash in 2010.

The new CEO's responsibilities will include navigating the currently troubled Australian construction market.

In its FY2020 first half numbers (to end October 2019), which were announced in early December, Metcash's hardware sales fell by 4.2% to AU$1.04 billion while the pillar's EBIT also fell by 1.3% to AU$37.3 million, both "mainly reflecting the impact of the slowdown in construction activity on trade sales".

In terms of an outlook, which may or may not positively impact its second half, the company says: "The market fundamentals for Hardware over the medium to longer term remain positive with construction activity expected to be underpinned by population growth and an undersupply of housing."