WHO'S BEEN MOVING & SHAKING?

Who's been moving and who's been shaking in the hardware channel so far this year?

Dan Beecham is Fletcher Building's new Chief Information Officer. Fletcher CEO, Ross Taylor, says of the new appointee: “Dan has extensive experience leading IT strategy for large companies and aligning sizeable teams and systems to business objectives. He has a strong customer focus that will be an asset to Fletcher Building and support our businesses in harnessing technology for competitive advantage.” His previous roles include CIO at Morrisons in the UK, Chief Digital Officer at the University of New South Wales, and CIO at Woolworths Ltd. 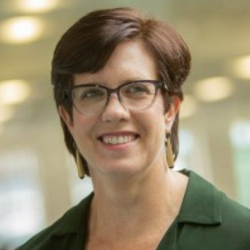 Anna Butler, MBIE's General Manager, Building System Performance (left), is moving to a role within the Ministry for Culture & Heritage in February. Armed with 20+ years' public sector experience, Anna joined MBIE in 2016 and has been central to communicating the numerous forthcoming changes to NZ building law and regulations. Anna's new role is Deputy Chief Executive of Policy & Sector Performance for the Ministry for Culture & Heritage. "It was a difficult decision to make with still lots to do to support sector transformation. However, it was a great opportunity, and one I couldn’t pass up," she says in her last Building Performance communication with the industry. 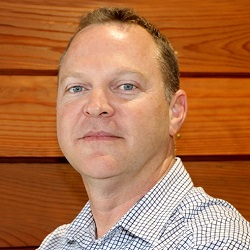 Toby Lawrance, Bunnings' GM NZ for the last two and a half years (right), is relocating back to Bunnings Australia. Prior to arriving in New Zealand in 2017, Toby was Bunnings' State Ops Manager for South Australia, Northern Territories and Tasmania for four years and Area Manager for Victoria, Tasmania and South Australia for the three years prior. We wish Toby and his family all the very best as they return home.

Phil Parkes (left) is WorkSafe New Zealand’s new Chief Executive. Currently WorkSafe’s Chief Operating Officer, Phil leads its Operations Group of 300+ employees and brings to his new role extensive regulatory and leadership experiences from previous roles in local and central government in New Zealand and the UK. Before joining WorkSafe, he was GM Policy & Legal with the New Zealand Environmental Protection Authority and led the implementation of a new regulatory framework. Phil replaces Nicole Rosie, who is taking on the role of Chief Executive at the NZ Transport Agency.