DSO and debt levels for the March 2019 month, courtesy of CreditWorks Data Solutions, show signs of improvement or at least stasis.

ABOVE: Total Debt on CRISworks database to March 2019. (Source: CreditWorks).

Says CreditWorks’ Alan Johnston: “Nearly all sectors improved their DSOs, with the only exception being the Concrete sector.”

This is unsurprising, he says: “March is traditionally the start of the ‘recovery season’ when figures all round generally start to improve.”

Indeed, the current average overall DSO is back to 45 days which, says CreditWorks, is pretty much on par with November last year, after which they started to decline.

Overall debt, at $1.9 billion, is at the same level as this time last year. What’s the outlook?

Says Alan Johnston: “With April being a short month, I would expect a slight drop off in these figures until they start to escalate again in May, with work levels likely to build even further over following months.” 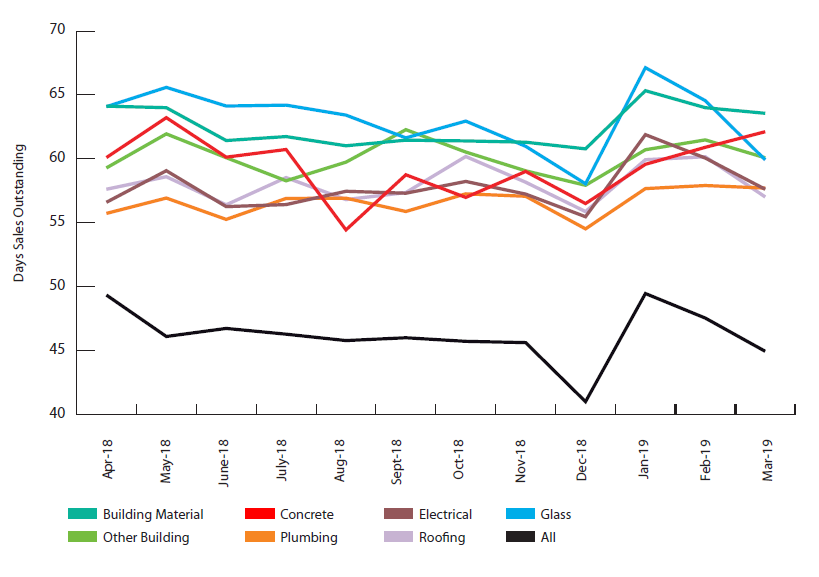