Looking towards new standards has the fasteners & fixings market moving forward but players are also frustrated by the hold-ups and uncertainties they're causing. 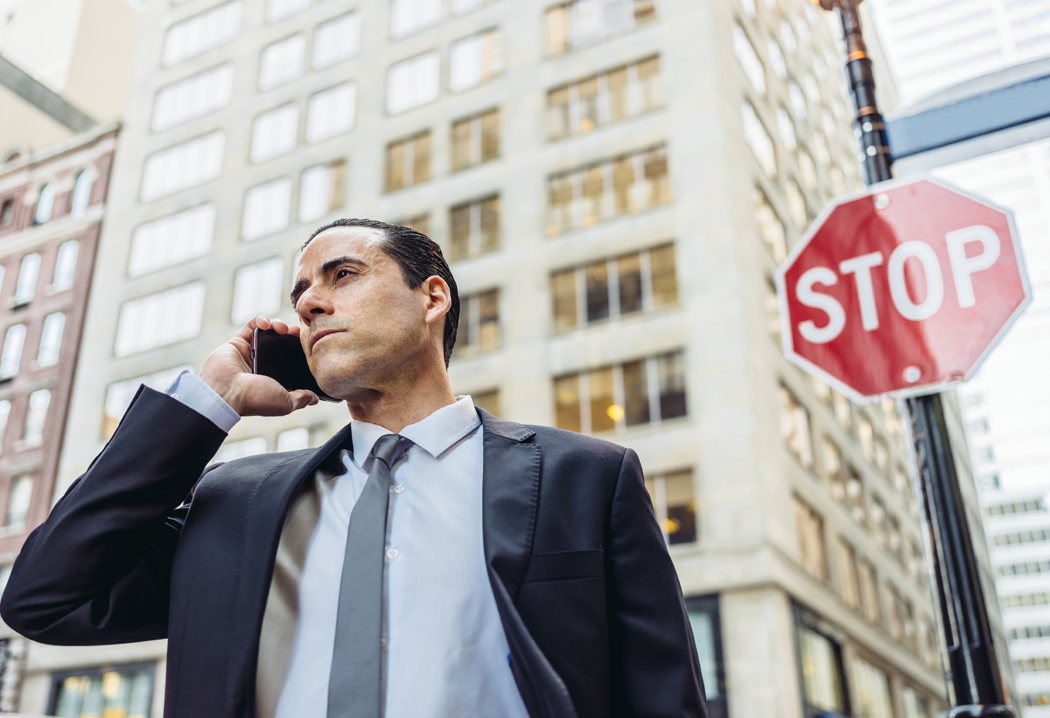 Let’s take stock of the marketplace before leaping into issues of specs and standards.

Three years since its acquisition by Steel & Tube, MSL, with its Fortress and Titan brands, is in a very strong position, says Mike Thompson.

On top of a record month in May, the company is “booming along nicely – everything’s quite buoyant across our merchant channels and through the manufacturing and engineering channels,” he says.

How has the last 12 months been for Satesh Govind and NZ Nail Industries?

“We’re up slightly YTD from last year, as a result of us gaining extra market share. Our business is continuing to grow year on year. We’re certainly not getting complacent, because in a relatively small market like New Zealand business is always very competitive.”

And from Rob Lawson and Simpson Strong-Tie’s perspective?

“There’s a feeling the market has softened a little bit, especially in the South Island, but it’s also business as usual,” he says.

Has NZ Nail noticed any softening of the market? “No. There is still a backlog of building consents that have yet to flow through into the housing market,” says Satesh Govind.

Looking past something approaching market saturation in the Auckland marketplace and some erosion of margin, Mike Thompson at MSL agrees that, although prices have softened, the market overall is still firm.

“People are talking about it but, until we actually see it, it’s hard to really know exactly what’s going to happen. They say it is going to soften but the numbers are just growing month by month for us at present.”

Robert Turner at Pryda agrees that the market is “pretty good” although it’s a little affected by the weather right now.

Still, he adds: “Demand right throughout the country is huge and our biggest problem with meeting that demand isn’t what our guys can do, but what [tradespeople] can actually do on-site...”

CUTTING OUT THE COPYCATS

Asking what issues are top of mind at the moment among the fastener suppliers, Robert Turner for one brings up the issue of copied products straight away.

With the frame & truss side of things pretty much tried and trusted these days, on-site is where Pryda and other “system” suppliers lose control.

“We know that we need to educate users on why they should pay more, what our testing means and that if that floor does start squeaking they have got a big brand behind them”

“When it comes to add-ons like decks, you know they just go along wherever and buy a framing bracket or a strap or whatever and you lose control at that stage – that’s where we rely on building certifiers to do their job,” says Robert Turner.

Low quality imported copies of New Zealand-developed product will always be a problem, he believes.

This issue is no different for Simpson Strong-Tie and Rob Lawson: “Every production run or batch of screws goes through testing before it gets shipped to us to make sure it is the right grade and strength.”

Still, he adds: “You can go to pretty much any of 50 places to buy a screw that looks the same but God knows how it performs…

“Builders don’t understand what that costs them in the long run. What’s it going to cost if a floor pops in a year’s time after the tiling is down?”

Few to no builders specify a brand of screw, he says.

And, as it’s practically impossible to police the use of a low-quality screw or other fastener, all suppliers can do is educate the proverbial out of the market and hope that this investment comes back to them in the form of business.

Says Rob Lawson; “We know that we need to educate users on why they should pay more, what our testing means and that if that floor does start squeaking they have got a big brand behind them.”

StudLok was specifically designed to fix wall plates to studs in the controlled environment of a frame & truss factory so builders don’t have to attach straps on-site, probably at height and possibly incorrectly.

So StudLok not only saves the builder time, but also produces a better result.

On top of that, frames in which StudLok is installed are specially marked to make it easy for inspection on-site.

“So when they install StudLok at the frame & truss plant it’s followed through with paperwork to signify that StudLok has been installed in compliance with NZS 3604 Section 8. It also has a big stamp so it clearly identifies the frame from a distance and that can only be done at the fabricator.

“If we gave that marking to a builder, we can imagine what would happen – we’d lose control and they’d be saying they’re StudLoks when they’re not…”

STYMIED BY THE STEEL STANDARD?

Why? Because a pending update to NZS 3404 appears to be holding up a resolution over new standards and verification methods around high strength structural bolts.

I am hearing frustration from fastener suppliers around the new AS/NZS 1252 2016 standard that appeared late last year and was subsequently followed by a Practice Note amending certain elements in the interests of achieving some interim clarity.

On behalf of Steel Construction NZ, Senior Structural Engineer, Kevin Cowie, explains that the revision to AS/NZS 1252 had two principal aims, the first of which was to begin moving towards an internationally recognised standard for bolts, one benefit of which would be economies of scale.

The second aim was “to lift the bar in terms of ensuring that we’re getting bolts that are of suitable quality” by introducing new means of verification testing.

AS/NZS 1252 2016 however “placed quite a number of additional mandatory compliance requirements on the bolt manufacturers”, the biggest being a requirement to operate what’s called a “factory production control system” meaning regular testing and continuous monitoring.

Faced with what many in the industry consider unachievable in the short term, representatives from bolt distributors, engineers and fabricators met to consider the issues.

One outcome was that the testing aspect of AS/NZS 1252 2016 has been put off by up to two years until bolt manufacturers are able to get their factory production control certified.

Says Kevin Cowie: “Essentially we’re saying that in the next one to two years, bolts are more likely to be still supplied to the previous standard.

“But we’ve introduced some verification testing requirements to give users confidence that the bolts are quality according to the standard.”

One unsettling result of AS/NZS 1252 2016 for suppliers is that it references a European standard as a “Deemed to Satisfy” and also introduces another bolt grade, as well as different methods of tightening and lubrication.

This means potentially having to stock more than the traditional 8.8 structural bolt.

“Prices are going to go through the roof. There are some other reasons as to why prices will go up but they will certainly increase. There’s no two ways about that”

“There’s been some concern I know for distributors,” says Kevin Cowie, adding that there is ongoing work towards settling on what the channel should be stocking in New Zealand.

LOOKING FOR A STAKE IN THE GROUND

What do the suppliers think about the new standards? Most agree that the tightening of standards will be a good thing, once the uncertainties are removed.

Asking Mike Thompson at MSL if he thinks there’s more to be done in this space around third party testing, he says:

“For me it’s a bit of an overkill because the labs we use or our manufacturers use in China are all CNS or ILAC approved, we get samples brought down to New Zealand for our structural bolts and we get them third party tested in New Zealand.

“It’s almost like a box ticking exercise to reduce the level of risk for everyone in New Zealand but it goes back to having quality suppliers.”

With customers already asking for product to the new standard – along with others who say they don’t need it – David Friery at EDL has stronger views on the changes.

Costs will rise as a result of the new regimes, he says, and “prices are going to go through the roof. There are some other reasons as to why prices will go up but they will certainly increase. There’s no two ways about that.”

Volumes are another concern. Because the factåories generally work with huge volume orders for Europe and the Americas – possibly a ton per size – they also expect orders of that scale from the little old New Zealand market.

Most of all, suppliers are looking for certainty, for a stake in the ground that says as of this date you have to have stock to the new standard.

Is there a timeline for NZS 3404 to be updated?

Kevin Cowie also sits on the steel structure standard but, he says, it’s “not active at the moment”.

He adds too that although MBIE sees the NZS 3404 update as a high priority, it hasn’t as yet given out a timeframe...

Will you be caught by Vortex?

New from Bremick is the Vortex Wafer Universal Screw. With the promise of superior thread engagement and pull-out in both metal & timber, Vortex screws into timber or metal battens, steel purlins up to 1.5mm thick and also enables one-step fastening of corrugated and trapezoidal roof sheeting.

From MSL and Fortress is a range of European-inspired fasteners that add class and style with attention to the little details.

Designed for fast and easy drilling into hardwoods and other exterior timber structures, the heavy duty Skära screw can be used in a wide variety of applications including wooden facades, fencing, decks, board walks, wooden flooring, timber structures and retaining walls, all without pre-drilling.

Made of high grade hardened steel, Skära is available in a countersunk or pan washer head, with the latter able to be used as an alternative to a coach screw and washer.

With twice the installation speed of a coach screw, other features include: double fixing thread; modified T17 cutting tip; Torx drive; and milling ribs on the shank for lower screwing torque. 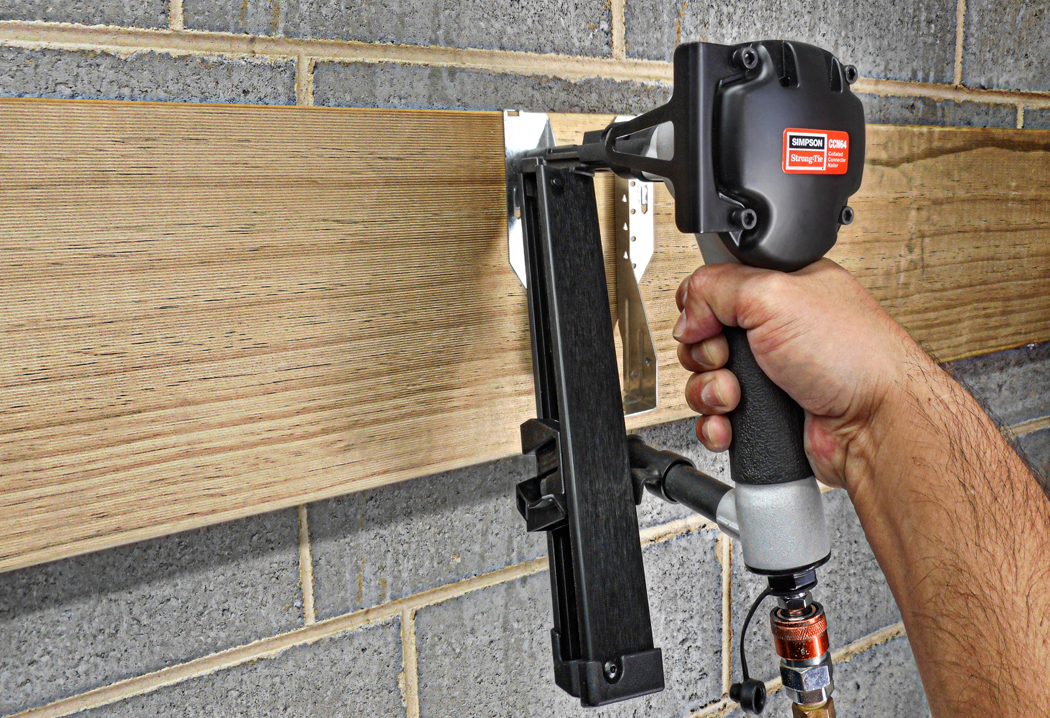 Billed as a product that’s been designed to enable builders to get through more connectors faster and with fewer fasteners, the Simpson Strong-Tie CCN64 Collated Connector Nailer installs connector nails more precisely and faster than traditional hand nailing.

Faster? Used as a system, the new joist hanger, nail gun package might save 2-3 days on a reasonable size terraced apartment block, says the company.

The CCN64 nailer is however compact and lightweight, at only 2.1 kg, which means greater comfort and control, allows easy connector hole location (the nail protrudes visibly from the tip of tool) and offers multiple bursts at the same time minimising the risk of overdriving.

A star product in the US for some time now, this version has been optimised for the New Zealand market and the unique timbers that we use.