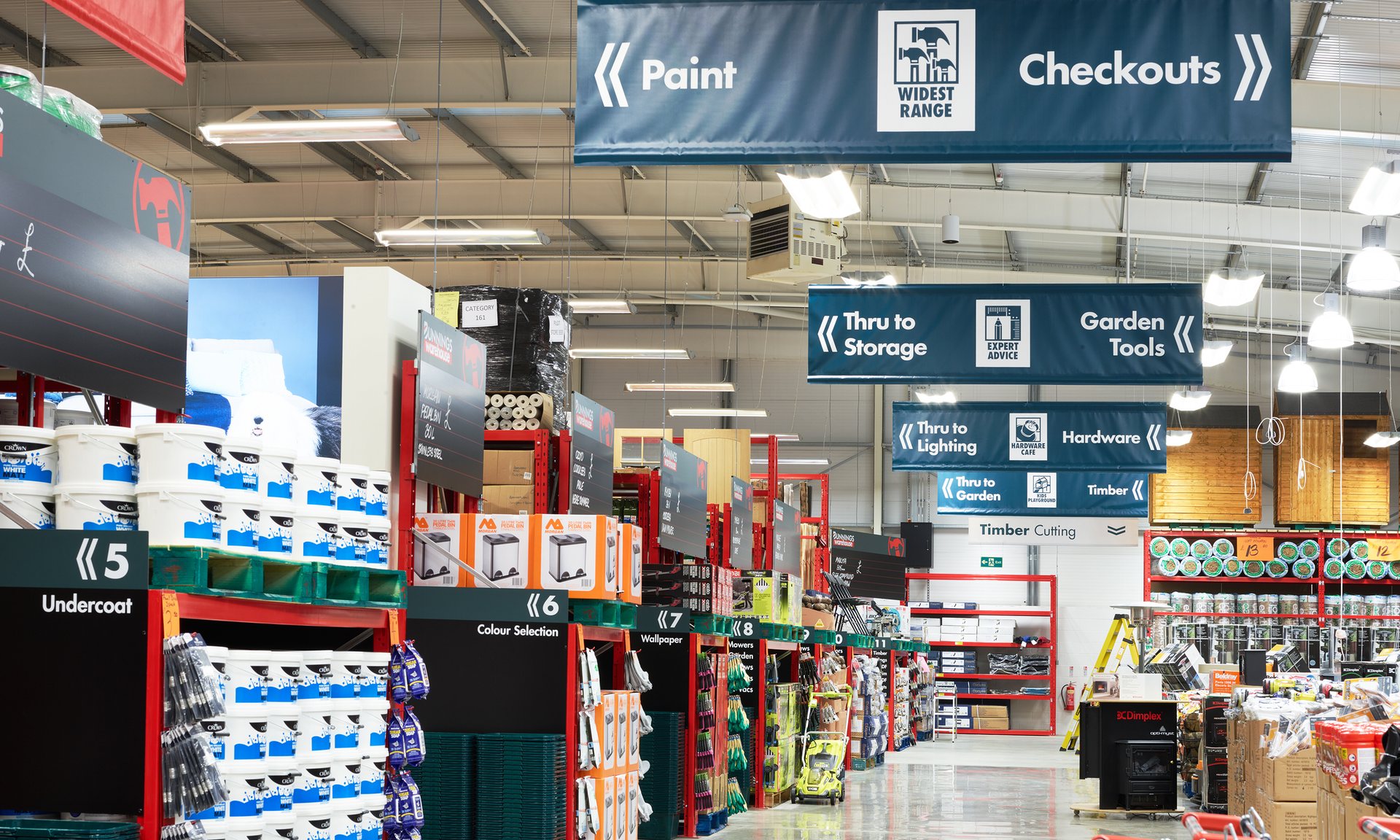 In a word, mixed. The UK daily media is both thoughtful about and lightly derisive of some of the Aussie innovations...

Bunnings' first UK Warehouse has been converted from its Homebase origins and opened yesterday, to mixed reactions.

Given that it's difficult to cover off in a meaningful way at such long distance, we thought we should at least pass on some of the more noteworthy local coverage around Bunnings' UK launch.

If there is a common theme it's that the Aussies' entry into the UK DIY retail space isn't being ignored.

Not only is the first store in St Albans quite distinct in its offering and ranging from its Homebase origins, but Ocker touches like the charity BBQ sausage sizzle that we take for granted down here has captured quite a bit of attention and light hearted ridicule.

Take a look too at Bunnings' own UK Twitter account which is playing up its Aussie-ness in making the most out of the age old rivalries between the north and south hemispheres...

What's the green take on the debut?

To start things off, UK hort trade publication Horticulture Week has a decent spread of images and some commentary around the physical aspects of the store itself, which is a little smaller than the average floorplate down here.

Notes around the images include the new format bringing with it a third more staff and a third more garden products than the Homebase model, a neater, brighter environment, and more ranges in more depth. See the photos here. 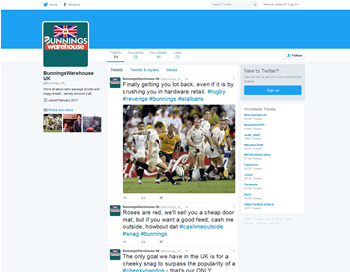 What the heck are "snags"?

As mentioned above, many UK resident Aussies have latched onto and extended the local chatter and hilarity around BBQs and snags.

Even the BBC News website can't resist. "Bunnings DIY store opening causes Aussie sizzle" it proclaims and then proceeds to explain what a sausage sizzle actually is: "The sizzles - sausages with onions encased in slices of white bread - are grilled outside stores Down Under on barbecues."

But the UK news institution's lighter hearted look at the DIY debutant looks positively straight laced compared to the Daily Mail with its coverage including headlines like "Forget hardware, when's the sausage sizzle? Inside Bunnings' first British store - as social media hangs out for the traditional barbecue".

The tone of the Mail's article can be forgiven (and perfectly fits the Daily Mail's populist positioning after all) but less forgivable is its claim that Bunnings Warehouse St Albans is Bunnings' "first store outside Australia"... 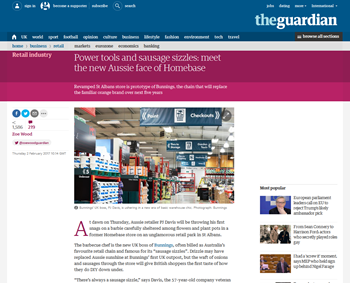 The Guardian also takes a light but equally more considered view of the new venture in its article "Power tools and sausage sizzles: meet the new Aussie face of Homebase" (read it here).

Recognising that St Albans is a prototype store, the article also notes that the super-rational new Bunnings model has "chucked out the chintz" that Homebase previously dined out on with its former Habitat and Laura Ashley connections, at the same time bringing in much lower pricing (there's a 10% price promise) and new ranges.

The article quotes UK & Irish MD, Peter Davis, as saying: “We’re going back to the core of home improvement and garden. We don’t want to sell the soft side. There are plenty of other retailers, like Dunelm, Ikea and Next, doing a good job of that.”

As in our neck of the woods, Bunnings in the UK won't be taking a transactional approach to its online presence (not yet launched by the way), says Davis, adding: “I think click and collect is borne from retailers not being reliable or out of stock."

The UK operation, which will include revised Homebase stores for the next five years at least, is being given a three-year break even deadline, says Peter Davis.

There's a risk yes, but, he says, Bunnings has got "something different to offer” in the UK market.

We will return to Bunnings' progress up there over the coming months.