Glues, sealants & fillers: In a booming market who’s watching who?

While the building boom keeps the trough full, everyone is enjoying their share. But that doesn’t stop the players in this category staying alert for change – or from constantly watching each other. Terry Herbert reports. 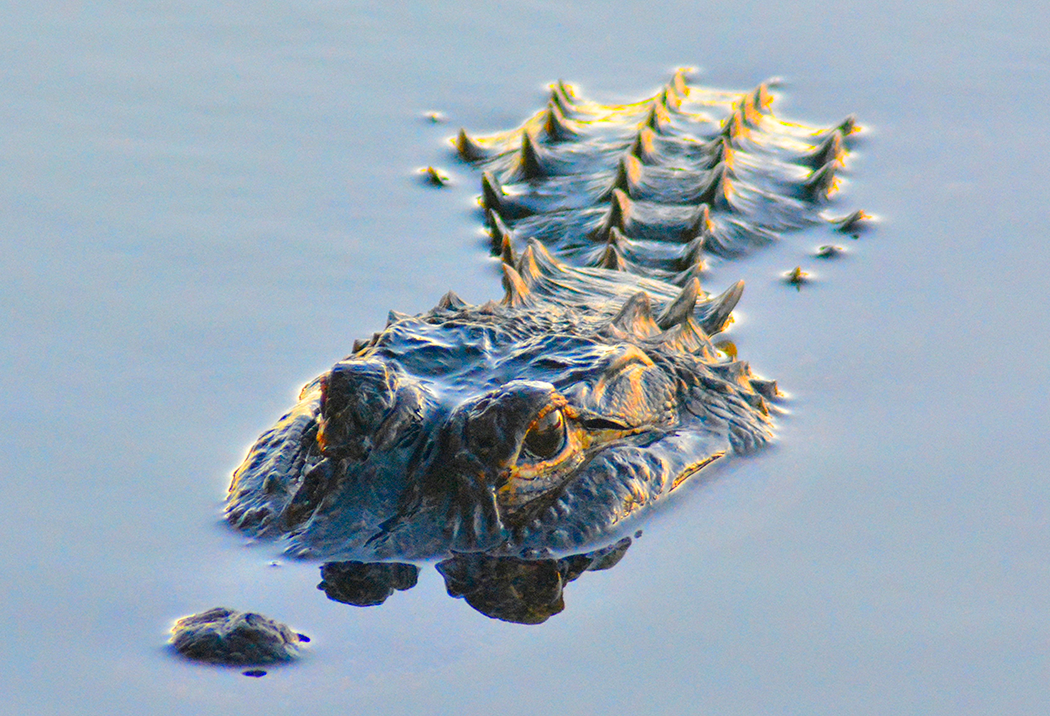 After speaking with many of the key players in this category it’s very apparent that everyone is keeping an eye on what everyone else is up to.

Bostik Sales Manager, Paul O’Reilly, tells me: “We all have to be aware of our competitors’ new products. Our Bostik range of expanding foams for example is newly launched and going incredibly well.

“Expanding foam is quite a welcome addition. It has USPs for us and we brought it out because our customers asked for it. But it’s also a counter against our friends at Sika and Holdfast,” he says candidly.

Does this represent a change in outlook for Bostik? “We used to look on ourselves as a production-driven company and now we consider ourselves more customer-focused.

“We spend a lot on marketing especially with the likes of Carters and PlaceMakers. We’ve now got a universal look [using the all-new gecko] and that’s helped our brand recognition and recall.”

When asked if his products focus on trade or DIY, O’Reilly sides with the former, “We’re stronger in what I call hard core trade like the ITMs, Carters and PlaceMakers. We’ve also got a big presence in Bunnings and the Mitre 10s but more in their trade departments,” he adds.

“DIY is more Selleys and they do it very, very well. That’s their back yard.”

LET THEM COME AND WE WILL BUILD IT

They say change is the only constant in life and a huge part of the continued success of Selleys is its ability to constantly innovate.

At the sharp end of the DIY market, Selleys Country Manager, Neil Watkins, confirms: “We are constantly looking at ways we can improve things in the market. Selleys spend a lot of time understanding the key drivers and the pain points that consumers have with particular products.

“Our R&D starts with our Technical Services Department. We receive thousands of queries every month and we have hundreds of touch points with our customers.

“For example, we might be told: ‘One of the problems with silicone is that you can’t paint it’. Or, ‘How about coming up with a sealant that is colour matched to Colorsteel roofing?’

“In response to those demands we develop a product, then we get a bunch of builders together over a few pizzas, show them the new product and get their feedback.

“We say this is what the product does, this is why we think it’s superior and this is our suggested price point and we get their honest feedback. They tell us whether it’s viable or not. A lot of research goes into all this – it’s not just marketing pulling something out of their orifices.”

TAKING THE MARKET BY STORM

A new Selleys DIY product, Storm, hit the retail market at around the same time as I’m talking with Neil Watkins. What’s it about?

“Storm will enable consumers to use the sealant even when it’s wet. Say you’ve got a leaking window or a leaking roof. You can actually get out in the rain and apply this product in the wet.

“Even if it’s teeming outside, you can put your raincoat on and get out there and fix the roof. You just squirt the stuff on and it seals the leak.”

“Another perfect example of responding to trade demands are our new ArmourFlex and SolarFlex sealants. You can even apply them underwater. They’re paintable, flexible, no primers are needed and they’re durable too.

“We’ve developed a new polymer called Silex which we’ll be using across a number of platforms soon. We’ve also got a new sandable gap filler coming out and that’s pretty revolutionary because traditional gap fillers are not sandable.

As you’d expect from all this, Neil Watkins says that right now the new Selleys product development centre in Australia is very busy indeed keeping up with demand.”

We like to think we’re the largest supplier in retail but across commercial Sika would have to have that market.”

Sika’s Duncan Robertson is a man who loves rivers, an entirely appropriate metaphor for Sika who it seems is constantly moving forward. When we ask him how well the company has performed over the last year, he replies enthusiastically: “UP! With a capital ‘U’ and a capital ‘P’!”

Tipping his hat to his colleagues he explains: “We’ve just had a record month and that’s off the back of another record month! Tony Smith and his Distribution team just continue to do great stuff. We won the PlaceMakers ‘Best in Category’, we just picked up ‘Best Supplier’ and we’re in the finals of the Hardware Awards once again. We’re a very good, well-oiled machine that sells great stuff!”

But even the best products are of no matter if the market isn’t consuming them. As we all know this isn’t the case: “The property boom shows no sign of abating. It’s an excellent time to be in the building construction business and Sika has been in this industry for a very long time.

“Over that time we’ve built a very stable sales force with good products and good initiatives. As Tony (Smith) says, ‘It all comes down to the service that we deliver’. Good service will trump cheap junk out of China every time!”

GROWTH ACROSS THE REGIONS

Another player who continues to enjoy good growth is David Manners of Manners Building Products who matter-of-factly reports: “We’ve had a very good year and we’ve seen that growth across the regions.”

With its focus on the drywall industry, Manners classifies all of its compounds as fillers. “When it comes to fillers, we’re always wary of our direct competitors,” he states.

“I started Manners 36 years ago and we’ve been introducing new technologies that have been copied over the years. We like to think that we’ve revolutionised the industry.

“We’re represented in the big merchant chains like PlaceMakers, Bunnings, Mitre10 and the ITM’s are big for us too, but primarily we sell through specialist stores. Of those Trowel Trades would be biggest.”

BUSY IS AS BUSY DOES

When it comes to growth, another man who finds it difficult to stop smiling is Bostik’s Paul O’Reilly, who gleefully tells us, “We’re very happy with the way things are progressing. It’s keeping our production plant very busy.

“Fully 65% of our manufacturing is done here in Wellington and the balance is from Australia and affiliate Bostik countries globally. We do a lot of R&D, partly because UV is uniquely a big factor here, so we produce for the NZ market.”

When we ask where that growth is coming from, he expands: “Everybody’s talking about Auckland and Waikato but we’ve actually seen an uplift of good growth in the Wellington-Napier-Hastings area.

“Christchurch has changed from residential, we’re still enjoying growth there, but we’ve seen a change in our product mix because of those large scale projects like hotels and government departments.”

The only major player we spoke with who seemed hesitant to comment on performance in the category was Nick Rankin from Powers Fasteners. That reticence was however understandable and due largely to the fact that Rankin has been caretaking glues and sealants, with Phil Ward having just moved on.

“Good service will trump cheap junk out of China every time!”

“If I had to single out one market it would have to be Auckland. But we still have to go hunting for sales in the other regions. Our distribution is through resellers like the heavy construction guys and the end user is typically a builder who’s into commercial construction.”In terms of new products Nick Rankin says Powers does have new product coming online but it’s too early to release details.

However, he does let on: “I do see us continuing to do well and continuing to release new products that meet the changing needs of the end user. Our seismic approved products for Christchurch is one example. What I am confident in saying is that I don’t see anything slowing down and I see it being that way for years to come.”

Jo Leonard from Dunlop calls what the company is experiencing “continuing organic growth”. “It’s been a great year especially in our adhesives market.

“We do tile, vinyl and carpet adhesives and that growth is purely driven through consumer demand. We sell through merchants, mostly Mitre 10, PlaceMakers and some of the ITMs.”

Asked about new products, I can picture Jo Leonard looking over her shoulder as she responds: “We have new product that’s not ready for release yet. I can’t tell you simply because that’s when your competitors jump on you!”

Still, she continues: “Our new Epoxy grout is just hitting the market though. It’s DIY and trade and again that product has come about purely because of customer demand.

“Epoxy grout is ‘bullet proof’ for us because it works well in those wet areas and it stops mould. Again, that’s what the consumer is looking for. The ‘heavy duty DIYer’ can use this product. It’s only a basic range of colours but again as customer demand asks for it, we’ll supply it.”

AND ONE FOR THE LADIES

Phil Brayten at Chemical Specialties enjoys a joke however his laughter soon turns to a fit of coughing and he apologises for a recent bout of the flu.

Soldiering on he says: “DIY is becoming more and more important to us. We’re concentrating on DIY for our putties. At the moment we’d be approximately 50:50 Trade vs DIY.”

Brayten adds that he’s also seeing a change in who’s buying. “What I find really interesting is that we’re getting more and more female DIY. We have Ladies Nights at Bunnings and they’re always pleasantly surprised to find that we manufacture right here in Onehunga.”

In terms of who’s ranging his products, he says that Bunnings is set to sell the Concrete Bog which means the whole family – Builders Bog for wood repairs, Metal Bog for metal repairs and Concrete Bog for small concrete repairs – will be exclusive to Bunnings.

All in all, he says: “We’re gearing up for a very busy summer!”

With the 2016 Hardware Awards only days away as I write this, many of the key players in glues, sealants, tapes & fillers will be there catching up, sharing a laugh and a beer.

And with good reason – they’ll all be comparing their well-deserved slices of a booming market.