Looking beyond the immediate 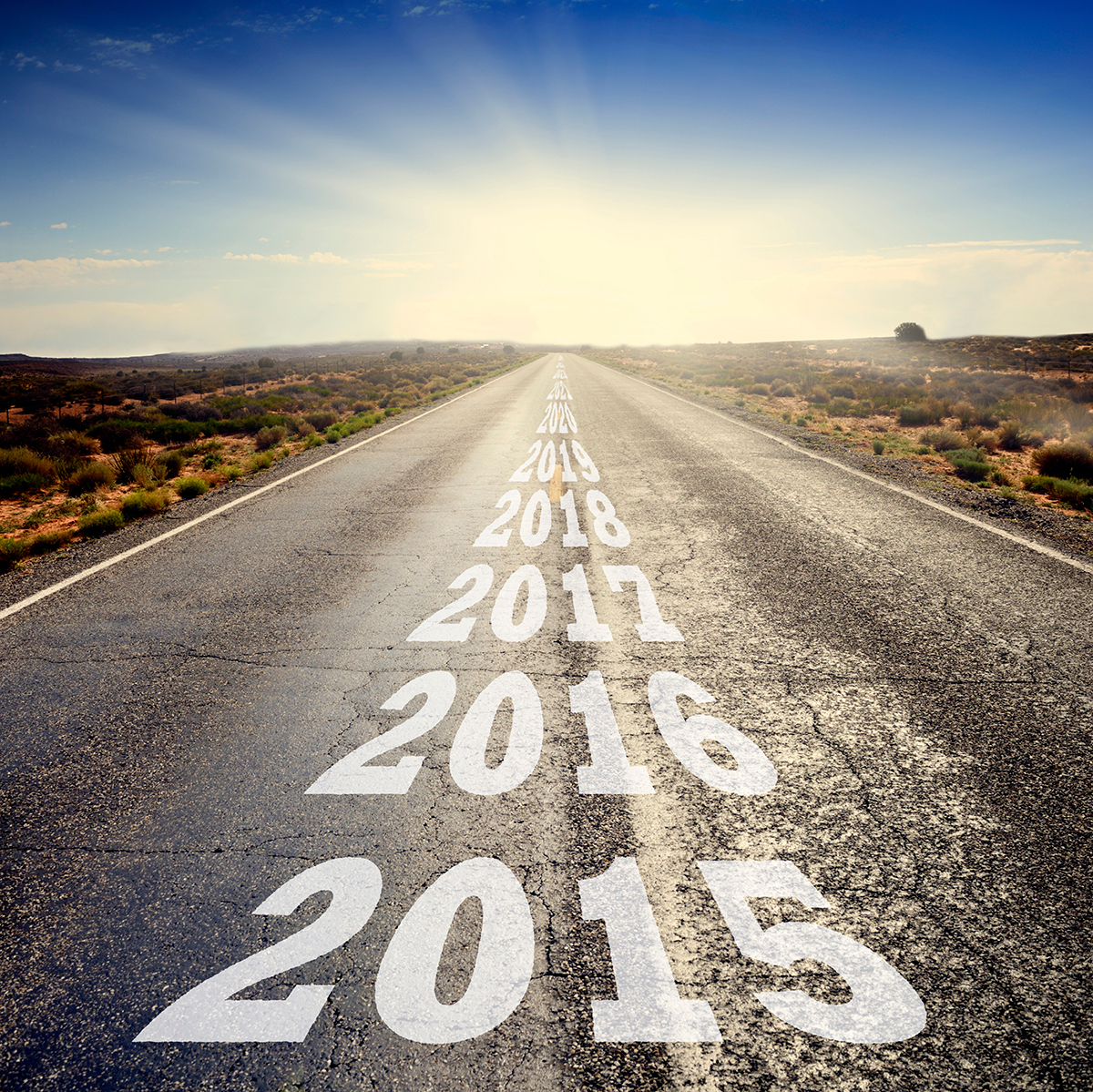 The market for glues, sealants, fillers and tapes has seen increasing growth in the last 12 months. Where next? How are the major players looking to innovate? Jess Brunette reports.

Sticking things together is a key part of any construction or manufacturing process and, for players in glues, sealants, fillers and tapes, the Christchurch rebuild has created year on year growth in demand for their products.

But is the Christchurch area reaching maturity that could see a falling off of sales in the area? Not according to Jo Leonard of Dunlop, who gives some valuable insights into how the ongoing work in Christchurch is affecting sales.

“We’ve seen a lot of growth in Christchurch as a lot of people have received pay-outs and in some instances have chosen to do their own fix-ups on their property so we certainly picked up a lot of that from the DIY perspective with retiling or relevelling. And we have had great growth with our floor levellers and waterproofing products,” Leonard says.

LOOKING AT OTHER MARKETS

Also doing well in Christchurch is Powers Fasteners’ Phil Ward with the company’s strong range of seismic approved products truly coming into their own in the aftermath of the quake.

“Our glues and sealants are going very well,” Ward reports. “They have seismic approval and are fire rated so that’s two of the key things that people are asking for at the moment and seismic in particular is definitely a very hot button for us right now.”

Alternately, David Manners from Manners Building Products reports that “tapes are whizzing along” but that Christchurch, a steady market for the last three years, has plateaued somewhat with the growth shifting to new builds in Auckland now for the company’s range of paper, fibre and fibre fuse tapes used by the trades.

Stuart Jordan of Chemical Specialties has been reaping the same benefits as the other players from construction and attributes favourable weather to creating healthy growth in DIY as well.

Jordan has also seen strong sales from manufacturing, an area that continues to find more uses for adhesives globally.

“Manufacturing supplies has been very strong for us very and our glues have done well. Presently we supply specialised two pack glues to the fibreglass industry and that’s very buoyant and is doing well under the Scott Bader Crystic brand which is a fairly new one for us.”

THE GOOD WITH THE BAD

Buoyant is a word bandied about fairly often by the main players in this category when describing the current market and this of course has created opportunities for lesser known players from overseas to get a foot in the door.

Neil Watkins at Selleys gives his take on how this situation has been playing out within this category: “There are certainly more international brands than perhaps were there three or four years ago,” he says.

“We certainly haven’t seen an impact on our top line sales but there have been instances of overseas brands that have come into the New Zealand market and have quickly faltered as they haven’t met the requirements of the Kiwi consumer and it’s fair to say that we have seen a number of retailers in recent months de-listing products that have not worked in the New Zealand market.”

SURVIVAL OF THE FITTEST

Despite having a strong position in the current environment, Selleys has been proactive in its response to competition, responding to demand in the market for greater clarity in the Selleys product range, relaunching its entire repair and create range in order to make it easier to navigate, particularly for new users.

Neil Watkins is refreshingly candid about the origins of this decision: “Over the last 10 or 15 years we had launched a number of new products and package designs and what tends to happen with a large portfolio of products is you look at a particular segment but not necessarily the whole category.

“So that was something that we were conscious of – we needed to make the navigation of the category a lot simpler and that’s why we invested significant money in repackaging our whole range,” he says.

Of course Selleys isn’t the only player working on its current ranges to gain the attention of consumers and cater to their, often shifting, requirements.

Dunlop is also evaluating its offering. Jo Leonard explains: “We looked into what the consumer wanted so, instead of buying a 20 kg bag, a 5 kg bag is more suitable for a touch-up for many of our consumers.” Sales of these repackaged products so far have been “very encouraging,” she explains.

Not to be left out or rest on its laurels, over the following months we hear that Sika is introducing a new packaging design across its entire product range. Key to the redesign is a “fresh new look” which will make it easier to identify exactly which Sika product users need.

NEW KIDS ON THE BLOCK

New products are also being created to stimulate discussion between retailers and end users. Dunlop for one has developed a universal tile adhesive that can be used both indoors and out as well as in and around swimming pools that has received a warm response from its end users.

“We also have a new grout paint for people who don’t want to re-grout then change the colour as they can actually paint it with our new grout paint and that’s pretty exciting in the market,” Leonard says.

I asked Jo Leonard how Dunlop goes about getting its consumer feedback to develop these initiatives.

“We have spent a good amount of time in the field and that helps. Also, people in stores are our experts because they are asked for these products all the time and we closely monitor market trends in Australia and Europe so that’s probably where we get most of it from. And we have a few new products like that coming out soon for which our merchants have had constant requests from customers,” she says.

Other players are excited to report the development of new products that should create further demand in the market.

Phil Ward at Powers Fasteners for example plans to keep momentum going with a new range of epoxies with seismic approval coming in the first quarter of 2016 while Chemical Specialities’ Stuart Jordan has expanded the Turbo range, which includes Builders Bog, with a new product, Turbo Concrete Bog (see sidebar on page 44), a two-pack resin with concrete ingredients for quick repairs.

Jordan explains: “There have been a lot of requests for that from our retailers in the market reporting demand from both trade and DIY for very simple, quick concrete repairs where something might have gone wrong or there’s a bit of a hole or a chip and that’s the same for DIY.

“Concrete is a fairly easy product, the mix is just water, cement and sand but it doesn’t seem that friendly to people and it doesn’t set immediately and people want immediate results.”

So – have the players in this category been putting their feet up and watching the money roll right in? Definitely not. 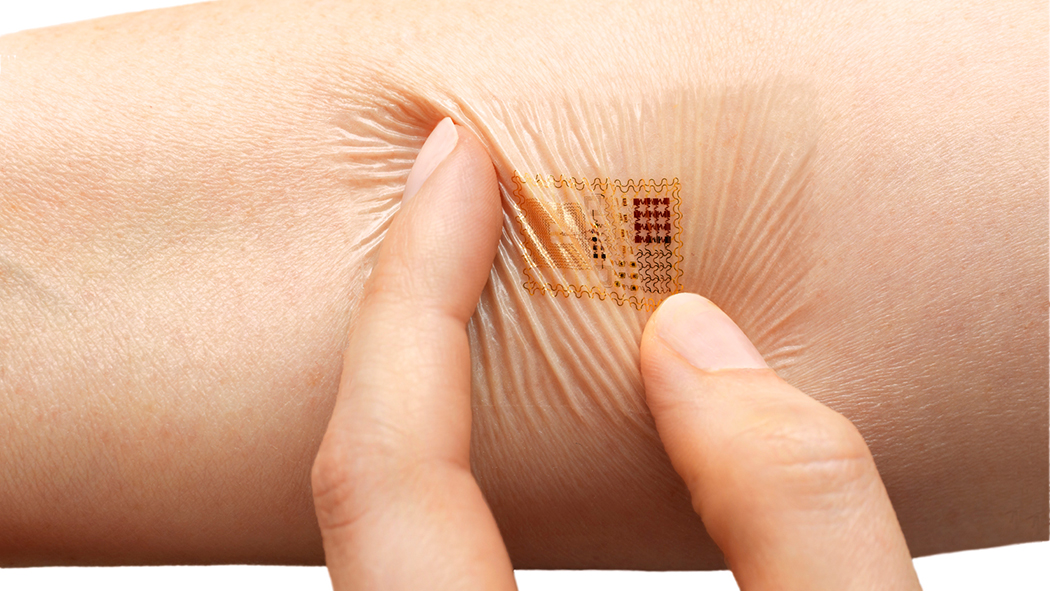 WEARABLE ADHESIVES: THE NEXT BIG THING?

Wearable devices like Fitbit and Apple Watch are not necessarily a market you would associate with the hardware industry, but an emerging market may change that.

Adhesives have already seen growth in the electronics market in lightweight devices like wearables and smartphones but the next step could be wearable adhesives devices worn directly on the skin.

A report by Fast Company shows that one third of users of activity tracking devices discard them after six months and that gadget fatigue is also an issue with many taking off their devices to shower, sleep or socialise.

In response, several companies are developing more discreet adhesive devices that stick directly to the skin to be worn 24/7.

Products like the MC10 Biostamp which is thinner than a plaster and the size of 2 postage stamps exemplify this trend. The skin-like MC10 is waterproof, can be stuck on any part of the body and monitors temperature, movement and heart rate and transmits this information wirelessly to users.

The MC10 isn’t currently available to the public but response from medical professionals has been incredibly positive so far with many seeing this as the future of fitness tracking and, with the market for wearables technologies expected to grow to US$5 billion by 2018, this market is one to watch in future.