The fasteners market continues its upward trajectory this year but, according to some, there are warning signs, stress points, which require attention if the market isn’t to lose its attraction. Jess Brunette reports. 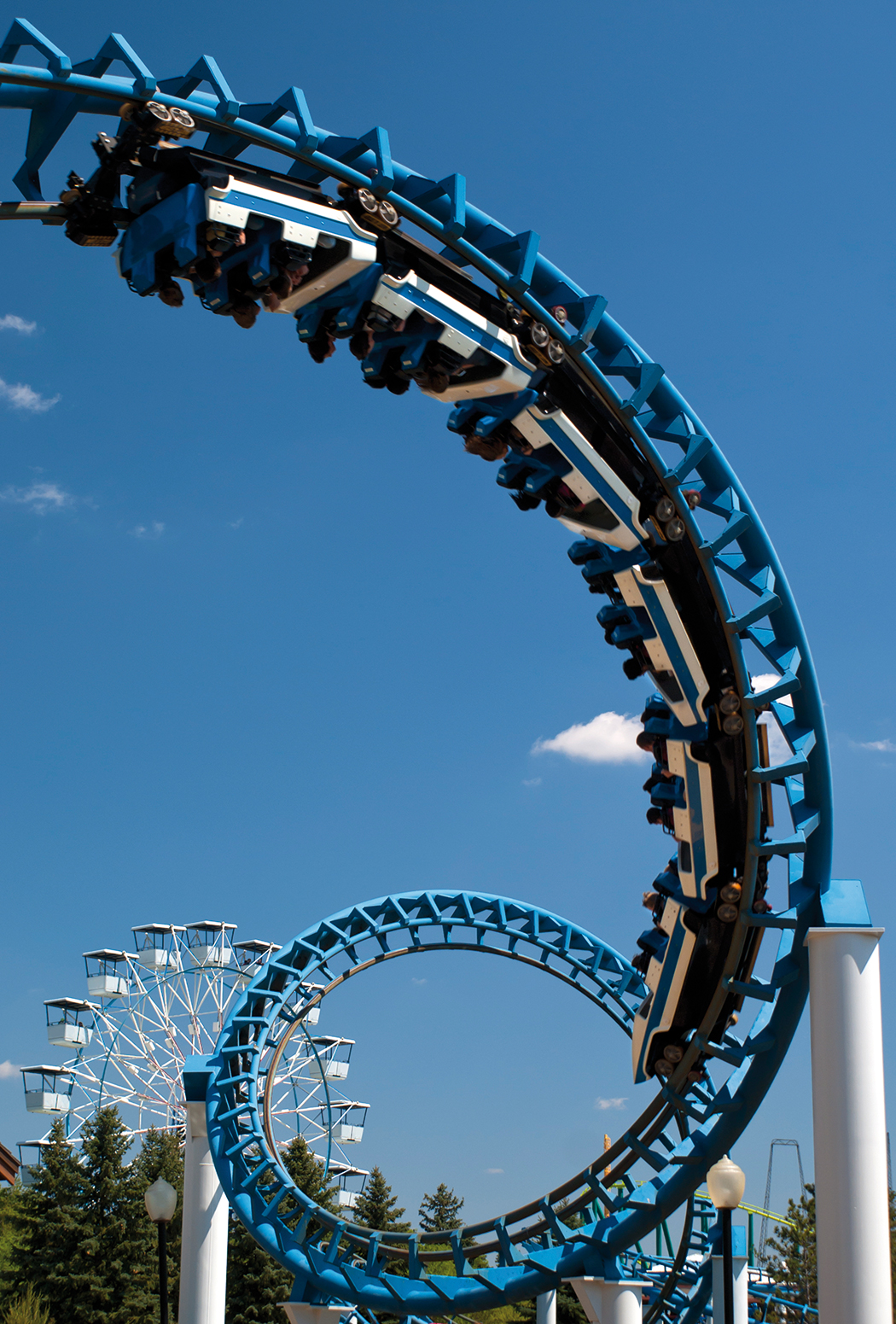 Fasteners and fastening systems may not be the most glamorous or photogenic items in the hardware channel but they are one of the most important elements of any construction project.

And, while many New Zealanders may find it hard to discern one nail or screw from another, anyone who has lived in the range of terrible flats that I have will understand that a poorly held together building can make all the difference between a house and a home.

In the wake of the Christchurch earthquake, new emphasis has been put on how we construct our buildings and the integrity of those buildings over the long term, with the type of fastener used playing a key role in the creation of safe and sound homes and buildings for New Zealand’s future.

Last year’s fasteners feature reported on an industry on the up and up with work in Christchurch and Auckland creating plenty of demand for all of the major players I talked to at that time.

In 2014 it seems that this situation has matured with players doing even more business but also reporting that the market is becoming crowded with plenty of new competitors joining the scene.

David Knight at Macsim Fastenings has seen business steadily improve over the last 12 months: “Demand for fasteners seems to be much more consistent than it has been where previously we had a one good month followed by one bad month. I think this is reflective of more projects getting underway and approval of future projects,” he says.

Toolware Sales’ Aaron Bell is one of many to confirm there are more players joining the fastenings game: “The market has been increasing considerably and we have been increasing our market share but there is certainly room for many players,” he says.

On the other hand, Cath Montgomery at Winstone Wallboards is less positive about the number of players in New Zealand’s fastenings market at present: “It’s very competitive at the moment and I think many people involved in fasteners are struggling to find a point of difference and often the only lever they have is price.”

So what products are in demand in 2014? Paslode’s Craig Van Asch says: “The category has been led by increased frame & truss activity and we are seeing solid performance in our hot dipped galvanised and stainless steel ranges, which strongly reflects dwelling completion rates nationally on the back of strong consent data from late 2013.”

Senco’s Mark Glidden has also been doing well with a number of different product categories: “We sell loose nails to all the builders’ merchants and that’s growing as they become busy. And we sell collated nails to pre-nail plants so we notice that we are probably 45% up on collated sale to pre-nail plants but that’s all reflected in the number of houses being constructed and also collated screws because all new houses have drywall.”

When I asked Simpson Strong-Tie’s Ray Boyd which new products were doing well in the current New Zealand market he pointed to the increased sales in recent months of the company’s Quik Drive collated bi-metal stainless steel screw product as an indicator of where many people are seeing value.

“A lot of people will specify a stainless steel product into a galvanised C section and they don’t realise that there’s a thing called a dissimilar metal reaction which means that the stainless product won’t rust but the galvanised c section, which is structural, may well be compromised.

“So this screw is able to combat that so people can put it into their galvanised C section purlins. That’s an engineer’s fastening product I guess because an engineer is looking for the added protection of that fastening in a situation where it’s not normally been available.”

PLAIN SAILING FOR THE SUPPLY CHAIN?

While the market is solid for most of those I talked to, there are still issues that many players feel need to be addressed.

Looking overseas, a concern for some players in the fastenings category are the reports that some Taiwanese factories involved in industrial coatings have been closed down for illegally discharging wastewater containing nickel and other toxic substances into the river in Kaohsiung City.

We have been told as of June 2014 the Taiwanese Government had closed down at least eight facilities with many more then voluntarily closing down to avoid inspection. While this may cause potential delays to some players in the market there are many who feel that cleaning up the industry in this way can only be positive.

Closer to home, a key concern amongst many in the fasteners and wider hardware channel is the way that the Christchurch earthquake continues to be handled, with reports of stop-start activity on some projects and ensuing large and/or “difficult” orders of specialist products made with little or no notice.

This last-minute ordering tends to put added costs to the process and some in the business are suggesting that poor overall planning may be responsible for the cost overruns that have been occurring in the beleaguered city.

GEARING UP FOR THE FUTURE

In many respects these issues are out of the hands of New Zealand’s fastenings suppliers and manufacturers but there are other concerns that can be addressed locally.

“Looking forward, I believe the major issues in this category will be stock and people management,” explains EDL Fasteners’ Darryn Trollip.

“In order to invest in better stock levels and improved knowledge for staff, suppliers will need dollars to be available. Since the GFC, most businesses have become a lot better at managing inventories.

“We also all know how much it costs to train staff well, but to hold on to these good people when the general economy is improving will prove difficult.”

Macsim Fastenings’ David Knight has similar concerns as the market continues to redevelop and head towards (if not meet) pre-GFC market conditions.

“For several years this sector has been almost in a retrenching mode. Companies have been trimming costs, both in terms of staff and size of operations, as well as keeping a careful eye on stock levels, reducing the levels of stock held as demand softened in an effort to control expenditure.

“Now, as things improve, I can see that there will be issues with companies having enough staff to service their customers properly, both in terms of representation in the marketplace, and order fulfilment. I think that in some situations with the larger projects there is a danger that the industry as a whole may not be able to meet the demand for product and that there could be a lag of a few months until overseas shipments arrive.”

Mike O’Brien from Chain & Rigging Supplies can already testify to time delays. Since 2013 O’Brien has set relationships in place so that he is now dealing directly with factories in China rather than through agents. And, while this has reaped dividends for the Auckland-based company, he has had to plan for delays when ordering.

“I could get my chain out of China in 8 weeks if I order 20 tonnes of one product. But if I order bits and bobs of different types and different amounts that all takes time from different parts of the manufacturing facility to come together,” he explains.

The relatively small volumes and the limitations they put on manufacturing efficiencies is something that Mike O’Brien accepts as a fact of life when working in a small market at the bottom of the globe.

“That’s just the market we are in so we’ve learned to allow for that lead time by ordering a little bit more and carrying a bit more in stock. The accountants will tell you that’s an inhibitor on your cash flow but we are in a pretty healthy position and I can afford to run a bit of extra stock. And I couldn’t tell you the number of times people have come in the door and said ‘I need 600 of these items right now, can you help me out?’ and we’ve got it for them!”

NZ Nails’ Satesh Govind is another who feels that the growth of many of the company’s products is in part due to having good levels of stock on hand.

“Many of our products are showing good growth, I believe this is down to our commitment to supplying good quality products, great service evidenced by consistently high DIFOTIS and very competitively priced products. NZ Nails has a commitment to carry very high amounts of stock, because if you aren’t carrying the right stock you cannot meet your customer’s demands.”

RISK LEADS TO OVER SPECIFYING?

Some in the industry are also suggesting that an outlook of over-specification, while encouraging the uptake of quality products for situations that need them, may be increasing costs unnecessarily, in some instances.

“Another thing that has the possibility of having a significant impact on this industry is for seismic testing,” says Macsim Fastenings’ David Knight.

“We have had customers asking for a seismic rating on our masonry range of products, and not just for product going to Christchurch, but also for projects in Auckland. While we can get product tested, it is at significant cost, which has to be weighed up against the benefits of getting the sale, and will ultimately have to lead to a higher price for the end user.”

For ITW Proline’s Warren Lowe, a major concern is a lack of education on the type of products that both tradies and consumers need for each job, as well as how they meet current standards. “A major problem is that there are too many suppliers in our market causing confusion on the understanding of these products,” he says.

“What the local authorities deem, whether it’s 316 or 304 stainless steel is a classic example of this and that misunderstanding can be seen from tradies right through to DIY. So it’s about actually getting the end users to understand the differences between say Climaseal 3 or 4 types of coatings and the different areas and uses they are for.”

Despite these concerns, none of the players I talked to for this feature would deny that the market for fasteners is buoyant at present with most players gearing up for future booms rather than busts.

What remains to be seen is how market share will continue to be distributed as the number of players steadily increases.